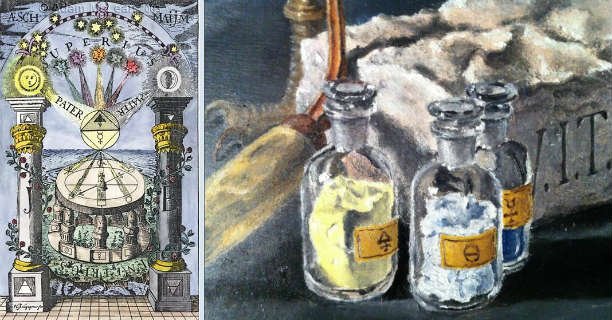 The symbolism of salt is dependent on whether it is used in a stand-alone context or used in combination with other symbols.  It is worth saying that the symbolism is not only extremely confusing, but inconsistent.  I will try to explain the alternatives.

Stand-alone 1 - In more generic terms, salt is a symbol of wisdom – hence ‘salt of the earth’.   This is not totally at odds with its use in certain combinations.
In this context, Salt is a crystal and white [pure] and as such is somewhat similar to the Diamond in that it represents the Higher spirit.

Stand-alone-2 - The next symbolic meaning was related to the fact that salt can be dissolved in Water.   Thus in some senses salt was synonymous with earth.  There is also a connection with the symbolism of the ocean and sea. The ocean and sea are salty water – salt dissolved in water.  The key here is thus that salt is dissolved in water – as such it can represent the templates – form expressed as function.  When Lot's wife was turned to a pillar of salt, it was this symbolism that was being used - she became physical - form and not spirit.

In combination - In combination with other symbols, Salt was one of the three Principles along with Sulphur and Mercury [there is a chart in the section on Metals] used in Alchemy.
I have found some references, for example, which say there is a correspondence between the "Three Treasures" or San Bao used in Qigong etc and these three elements. The Three Treasures are known as Jing (精), Qi (氣) and Shen (神) and according to this source can be loosely translated as ‘Essence, Vitality and Spirit’.  But I don't think they are right about the translation.

We now have a host of alternative interpretations, this one appeared to me to be closest to what was trying to be conveyed.  In this context and alchemically: 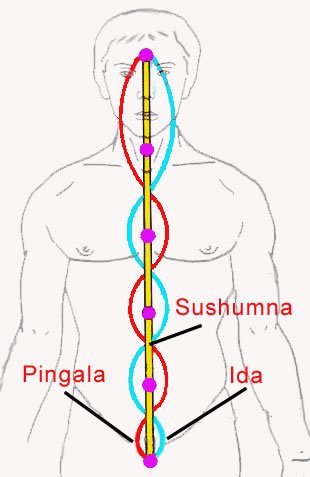 Rather amusingly this is why sulphur is associated with the Devil, because it is the masculine dark side of all humans that creates demons, not the feminine.  Furthermore it is this right handed, left brained side that always gets in the way of wisdom and spiritual experience, thus the aim is actually to subdue the sulphur [tame the lion] and marry it with Mercury.   The correct name here is actually not Mercury it is Quicksilver.

Quicksilver being more closely allied with Silver, the Moon and the Feminine.

It may be helpful to have The Model of the Mind for reference whilst you read these definitions.  The Alchemical process consisted of uniting Sulphur and Mercury to produce Salt - achieving balance in order to become enlightened.  The same symbolism with the same meaning is also found in the section on the Brain and its Left brain and right brain functions

This can be achieved a number of ways, but one key way - and in the majority of cases the way implied in Alchemy, is via the kundalini experience.