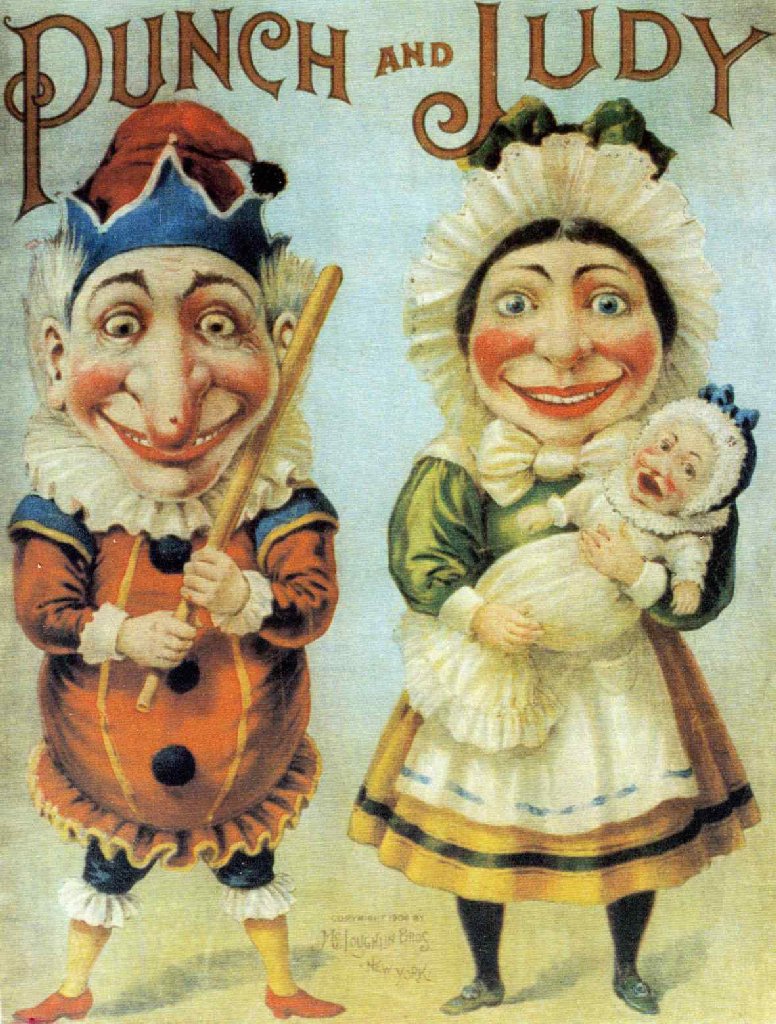 The following has been mostly derived from the Wikipedia entry, which is a very comprehensive and well written description.  The symbolism explanation, however, is not from Wikipedia, we have added it in.

Punch and Judy is a traditional, popular puppet show featuring Mr. Punch and his wife, Judy. The performance consists of a sequence of short scenes, each depicting an interaction between two characters, most typically Mr Punch and one other character.

It is often associated with traditional British seaside culture.

Originally intended for adults, the show has evolved into primarily children's entertainment. Ancient members of the show's cast, like the Devil and Punch's mistress "Pretty Polly," ceased to be included when they came to be seen as 'inappropriate for young audiences' – which, incidentally, is a shame as the symbolic value was much reduced as a result.  The term "pleased as Punch" is derived from Punch and Judy.

Today, the audience is also encouraged to participate, calling out to the characters on the stage to warn them of danger, or clue them into what is going on behind their backs.

Beware of the crocodiles

The Punch and Judy show has roots in the 16th-century Italian commedia dell'arte.  The figure who later became Mr. Punch made his first recorded appearance in England on 9 May 1662. The diarist Samuel Pepys observed a marionette show featuring an early version of the Punch character in Covent Garden in London.

The figure of Punch derives from the Neapolitan stock character of Pulcinella, which was anglicized to Punchinello.  Please read the description of Pulcinello as it provides important background detail. Punch's wife was originally called "Joan." 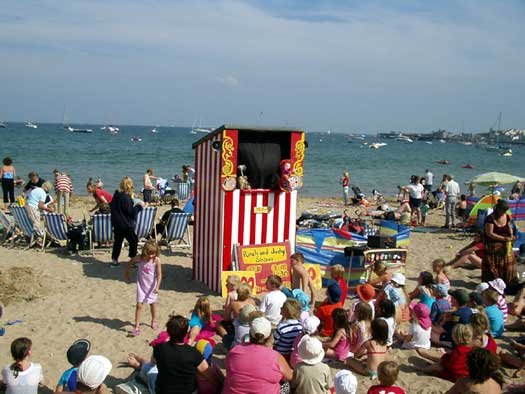 The Punch and Judy show, like the Circus, was yet another means of preserving spiritual methods and symbolism in a time of repression by the institutionalised Christian church.  In the Late Middle Ages and early Renaissance, the Inquisition was significantly expanded in response to the Protestant Reformation and the Catholic Counter-Reformation. Its geographic scope was expanded to other European countries, besides just Italy, resulting in the Spanish Inquisition and Portuguese Inquisition.  Thus those who were spiritually inclined and who followed the mystic’s path could be persecuted by both the Catholic Church and later the Protestant church under the guise of Puritanism.

Punch and Judy is an attempt to preserve details of the sexual methods, strange though this may sound.  Its apparent violence is just that - pseudo violence, and it is all a front.  Every aspect is symbolic, characters and props.  The explanation for each character and its symbolic meaning is provided below.  The story matters less, but it too has symbolic meaning in its essence.

It is possible, I think, that one secret source of pleasure very generally derived from this performance… is the satisfaction the spectator feels in the circumstance that likenesses of men and women can be so knocked about, without any pain or suffering. 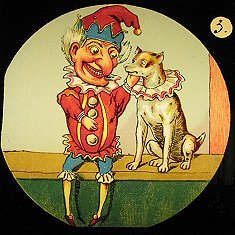 Punch with Toby the Dog

In the early 18th century, the marionette theatre starring Punch was at its height, with showman Martin Powell attracting sizable crowds at both his Punch's Theatre at Covent Garden and earlier in provincial Bath, Somerset.  In 1721, a puppet theatre that would run for decades opened in Dublin.

Punch was extremely popular in Paris, and, by the end of the 18th century, he was also playing in Britain's American colonies, where ‘even George Washington bought tickets for a show’. On the other hand given George Washington’s freemasonry and his visions, he would seem an obvious spectator.

In the latter half of the 18th century, marionette companies began to give way to glove-puppet shows, performed from within a narrow, lightweight booth by one puppeteer inside the booth, known since Victorian times as a "Professor" or "Punchman," and assisted sometimes by a "Bottler", who corraled the audience outside the booth, introduced the performance and collected the money ("the bottle"). The Bottler might also play accompanying music or sound effects and engage in back chat with the puppets, sometimes repeating the same or the copied lines that may have been difficult for the audience to understand. 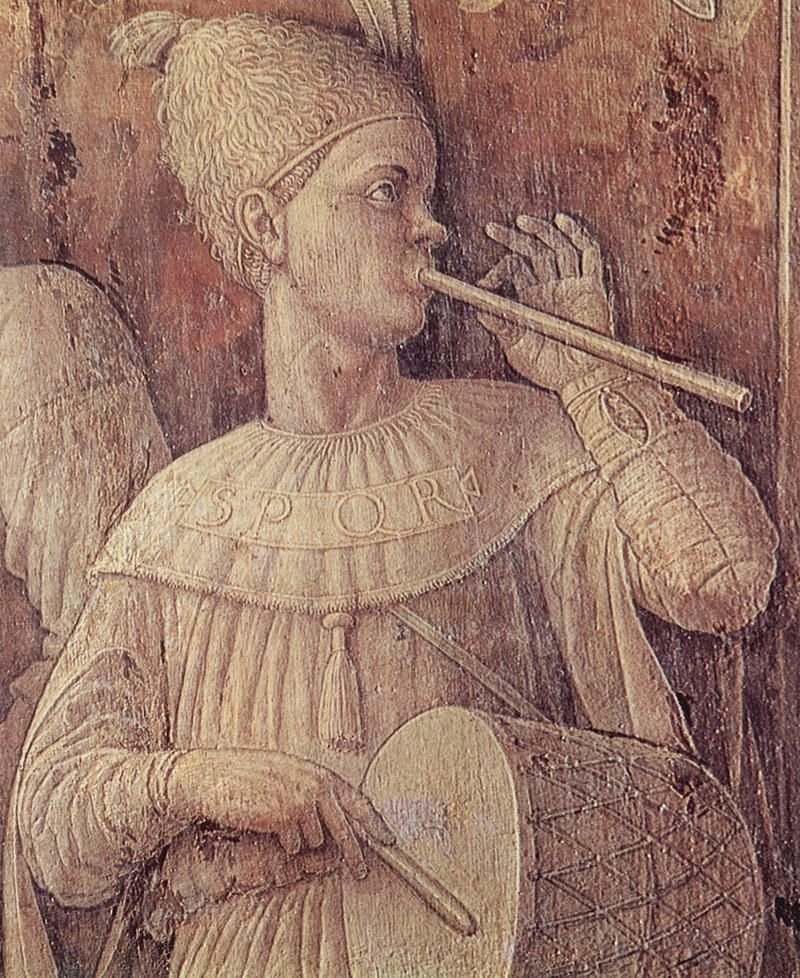 In Victorian times the drum and pan pipes were the instruments of choice.

The mobile puppet booth of the late 18th- and early 19th-century Punch and Judy glove-puppet show was originally covered in checked bed ticking or whatever inexpensive cloth might come to hand. Later Victorian booths, particularly those used for Christmas parties and other indoor performances, were gaudier affairs. In the 20th century, however, red-and-white-striped puppet booths became iconic features on the beaches of many English seaside and summer holiday resorts. Such striped cloth is the most common covering today, wherever the show might be performed. 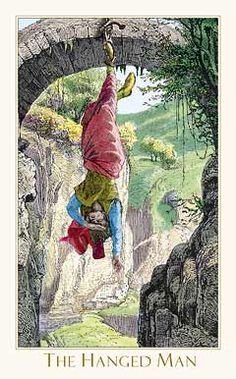 Once we start to delve into the story, we also start to enter symbolism.  The story changes, but some phrases remain the same for decades or even centuries: for example, Punch, after dispatching his foes each in turn, still squeaks his famous catchphrase: "That's the way to do it!"   Key scenes:

Other scenes and their symbolism are best looked at in the context of the characters themselves.

The characters in Punch and Judy mirror the Major Arcana in the Tarot.  The Major Arcana covers what are called the greater secrets, and consist of 22 cards without suits.  Some cards show roles or stages in evolution, the rest are cards that have a symbolic meaning related to what you need to know or go through. All these relate to advanced stages of the spiritual path.  The parts are thus simply an animated version of the Tarot cards.  The cast of characters and their Tarot equivalents [if they exist] includes: 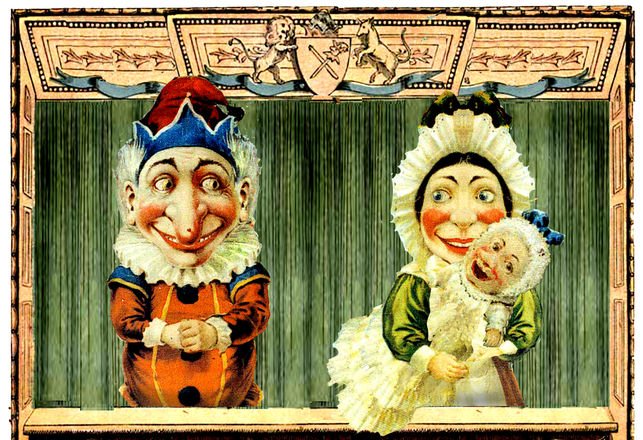 Characters once regular but now occasional include: 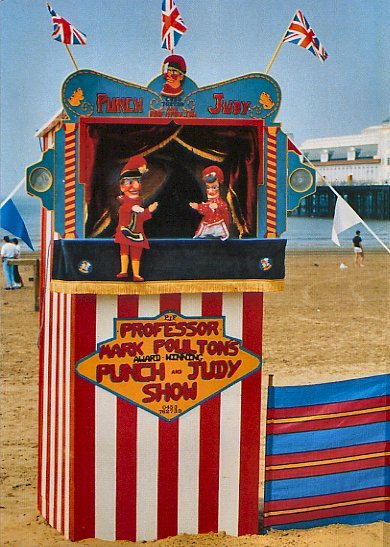 The Tarot pack contains a card known as The Tower, these days the actual booth that the show is held in appears to be the equivalent of the Tower.

The Tarot cards and roles which appear to be missing these days are:

Open your eyes,
Look up to the skies and see,
I'm just a poor boy, I need no sympathy, 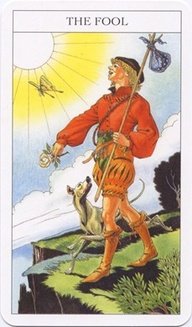 Because I'm easy come, easy go,
Little high, little low,
Any way the wind blows doesn't really matter to me, to me.

.....Too late, my time has come,
Sends shivers down my spine,
Body's aching all the time.
Goodbye, everybody, I've got to go,
Gotta leave you all behind and face the truth.

Mama, ooh (any way the wind blows),
I don't wanna die,
I sometimes wish I'd never been born at all.