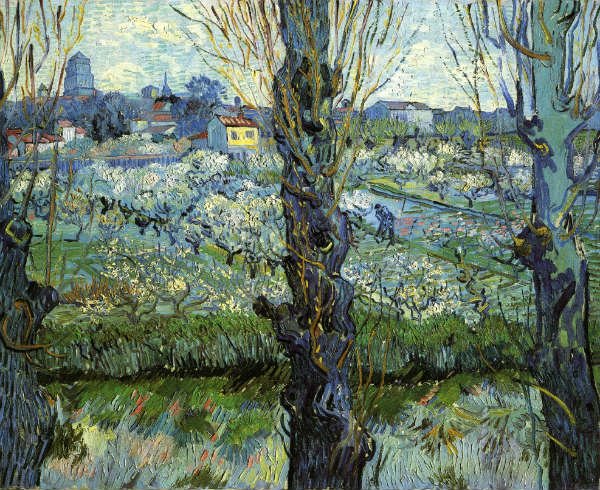 The Poplar tree take on the symbolism of all trees but more particularly it is used to represent the Tree of Life.  Its height makes it an ideal symbol.  Within the group of trees which are called poplars are the aspens and the cottonwoods as well as poplars themselves.

Poplar flowers appear in early Spring before the leaves. They are borne in 'long, drooping, sessile or pedunculate catkins' produced from buds formed in the axils of the leaves of the previous year.  They resemble a chrysalis, so again reinforcing the symbolism.

Although the tree is deciduous [so not eternal] its leaves are unusual.  The two sides of the poplar leaf are of a different shade of green – bright green representing  the side of water and the moon and a darker green on the side of the earth.

My aspens dear, whose airy cages quelled,
Quelled or quenched in leaves the leaping sun,
All felled, felled, are all felled;
Of a fresh and following folded rank
Not spared, not one
That dandled a sandalled
Shadow that swam or sank
On meadow and river and wind-wandering weed-winding bank.
O if we but knew what we do
When we delve or hew—
Hack and rack the growing green!
Since country is so tender
To touch, her being so slender,
That, like this sleek and seeing ball
But a prick will make no eye at all,
Where we, even where we mean
To mend her we end her,
When we hew or delve:
After-comers cannot guess the beauty been.
Ten or twelve, only ten or twelve
Strokes of havoc unselve
The sweet especial scene,
Rural scene, a rural scene,
Sweet especial rural scene.