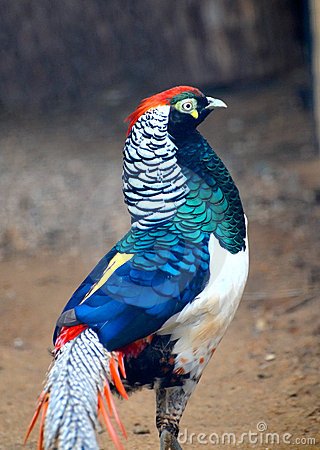 The family's native range is restricted to Asia and the symbolism too is largely from Asia, despite the fact pheasants have become quite widespread.

The symbolism is not entirely positive.

We are aware that some other sites have tried to put a gloss on the symbolism, but not all symbols are positive and the pheasant symbolism is one of those cases.

Although the best-known species is possibly the common pheasant, which is widespread throughout the world in introduced feral populations, in farm operations and in areas where it is the target of ‘rough shooting’, there are many other species some of which are exceptionally handsome.  Wikipedia has a very long list.

Below:  A female and male Golden Pheasant 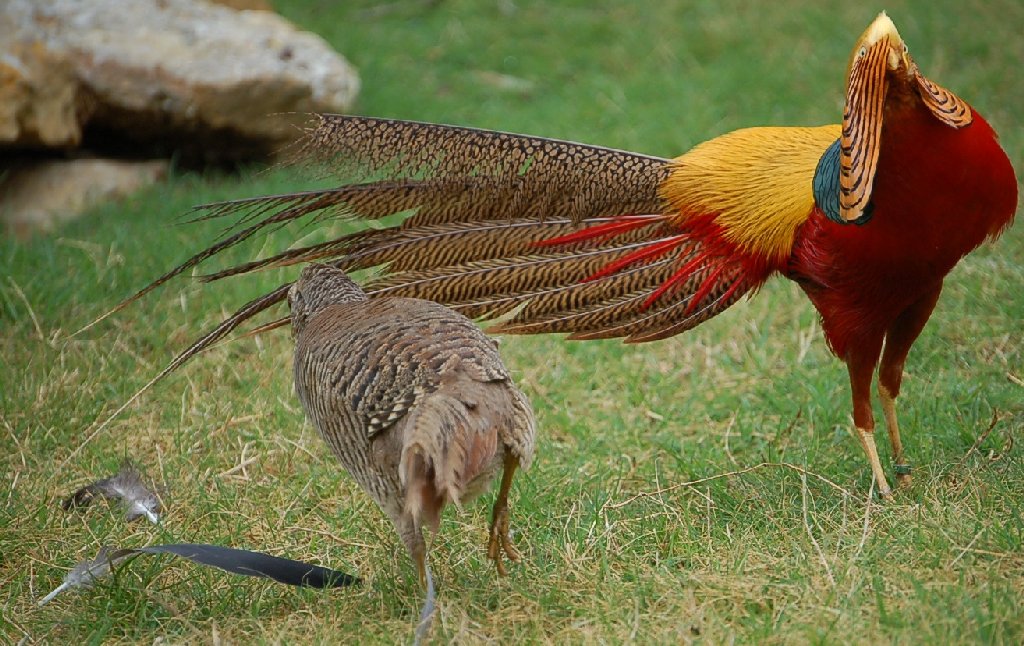 A bird, in symbol systems, is nearly always defined as a traveller on the spiritual path, one who flies high and is most of the time in the Air [rather than being earthbound], furthermore birds sing, linking them with songlines, celestial music, and the music of the universe.

But the pheasant neither sings nor does it fly much.  Most of the pheasants round us let out a rather imperious squawk and strut about our garden, permanently earthbound, as if they own the place – so here we have the first clue.

Furthermore, unlike other birds, the pheasant nests on the ground rather than trees.  This makes the pheasant a very earthly creature – a creature of the Earth symbolically – a bird that may like to think it is a spiritual traveller, but can neither sing nor ascend very far.

The tree in which other birds symbolically nest is the Tree of Life, so the pheasant cannot fly up the Tree of Life [Intelligence hierarchy], it is disconnected from the spiritual rather than being part of it. 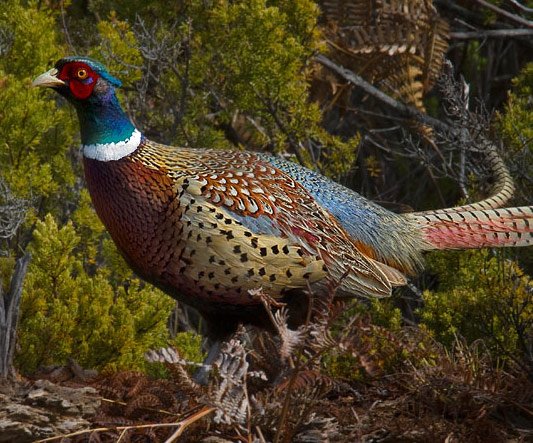 A symbol of the Masculine

Wikipedia
Pheasants are characterised by strong sexual dimorphism, males being highly decorated with bright colours and adornments such as wattles and long tails. Males are usually larger than females and have longer tails.


In other words if we translate this to a symbolic concept, the pheasant is largely a male symbol, it is a dominant male symbol, a symbol of a person, or society where the roles have become unbalanced, the feminine has been squashed, the male gaudy and pompous, strutting about squawking its orders, with females scurrying about in all directions at its bidding. 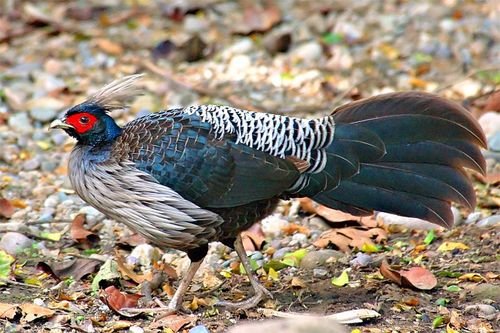 The Pheasant as a symbol of power and ego

It is by association a symbol of power.  The feminine is so inconspicuous that the male is entirely dominant, which means that all the functions of the masculine – memory, ego, desires, will come to the fore.  And this is, of course, symbolically why it cannot fly.

Interestingly, the pheasant is not the symbol of the masculine intellectual, but the masculine politician, businessman, aristocrat, or government official.  In China the pheasant had a slightly ambivalent symbolism being a symbol of noblemen – who might be noble or not.

The pheasant (華蟲 - huáchóng) is – and I quote “one of the Twelve Imperial Symbols of Sovereignty”.  Or if we shorten this it can also be a symbol of imperialism.

The pheasant is the national symbol of Japan, much in the same way that the eagle is for the USA, it is thus an imperial symbol there too, and a symbol of power.

Pheasants were said to be the mythological messengers of Amaterasu (天照?), who is a part of the Japanese myth cycle and also a major deity of the Shinto religion. She is the goddess of the universe. The name Amaterasu derived from Amateru meaning "shining in heaven." The Emperors of Japan considered themselves to be direct descendants of Amaterasu.  Thus again the pheasant is a symbol of power. 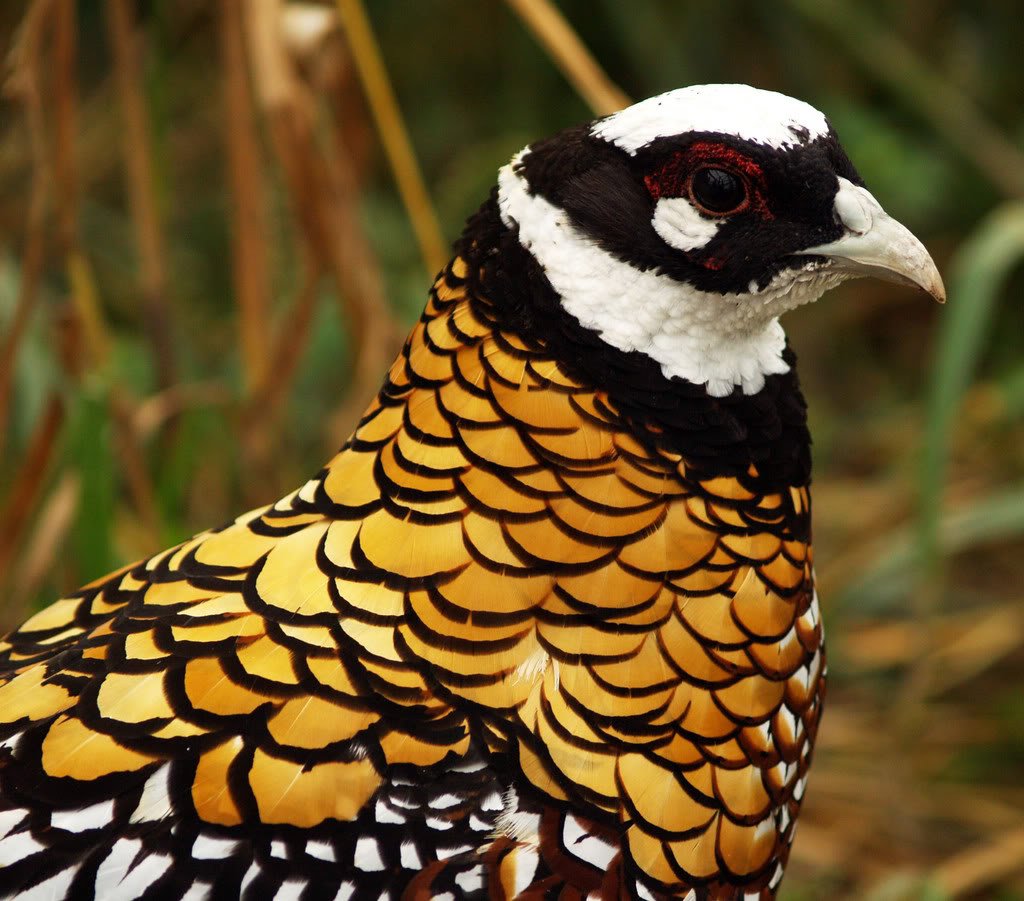 There are some Internet symbol-meaning sites that appear to promote the idea that male pheasants are symbols of sexuality “because of the amazingly attractive male and the fact he usually has a harem of females”.  Yet other sites appear to promote the idea that the pheasant is a symbol of rampant promiscuity.  In our view they may go together.   In effect, this is essentially simply an extension of the high level of ego and dominant male traits. 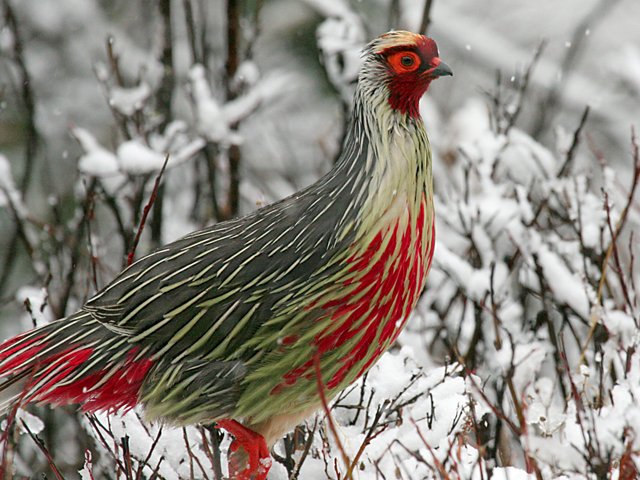 Pheasants and the Sun

Just as the Sun is a masculine symbol [the Moon being the feminine symbol], in most symbol systems, the pheasant is regarded as a Sun symbol, the symbolism being reinforced by the rainbow colour of its feathers and its shiny appearance.

Female pheasants as symbols of concealment

In complete contrast, the Native Americans concentrate on the female pheasant, who because she is not very good at flying, is very timid and is extremely well camouflaged and is thus very difficult to spot.  In hunter gatherer communities, the ability to not be spotted when hunting for game was a major attribute, thus the female pheasant was greatly admired becoming a symbol of protection and concealment. 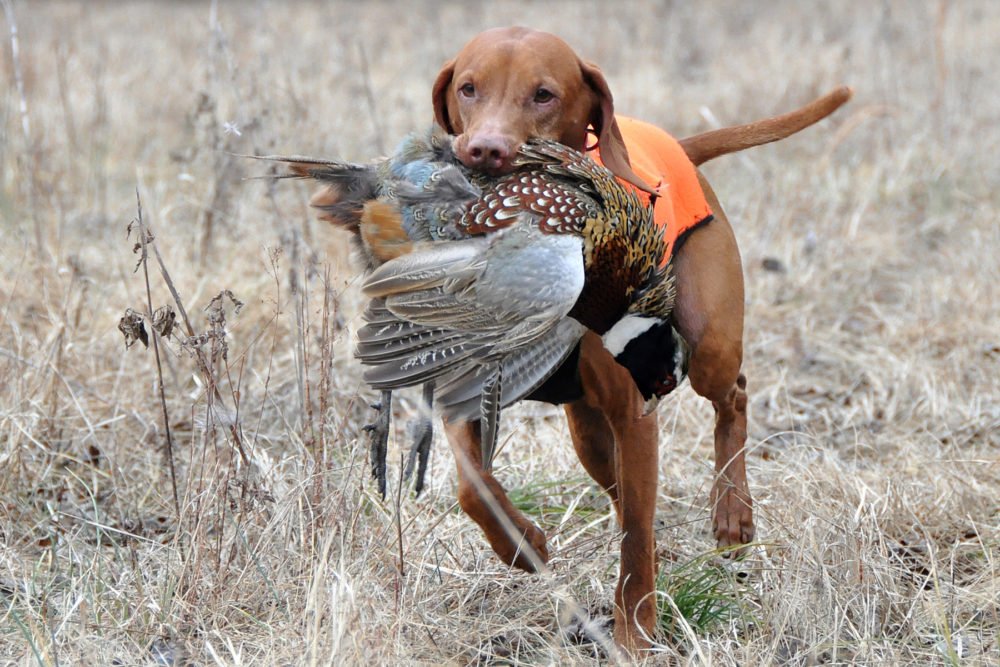