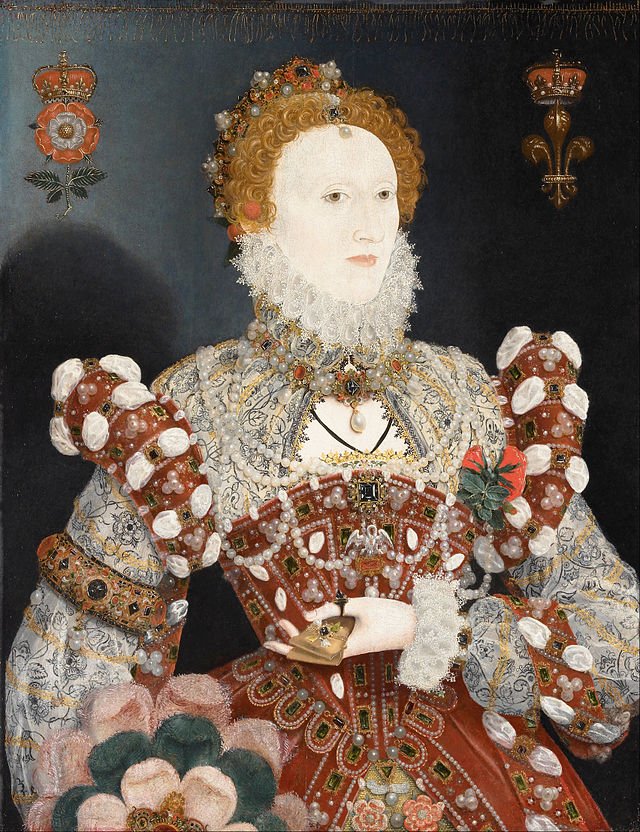 Queen Elizabeth I: the Pelican Portrait, by Nicholas Hilliard (c. 1573),
in which Elizabeth I wears the medieval symbol of the pelican on her ches

Pelicans in the physical, are a genus of large water birds. They are characterised by a long beak and a large throat pouch used for catching prey and draining water from the scooped up contents before swallowing. They have predominantly pale or white plumage.

The pelican assumes the symbolism of all birds, that is they are symbolic of spiritual travellers.  They are in the ascent – on the spiritual path and travelling closer to the centre and thus the Aether level.  The white colour of the pelican gives it a symbolic value far higher than most birds, as white symbolises the 'centre' and purity.

Birds are capable of surviving on the Earth layer [see Levels and layers], on the Water level, though they are most at home in the medium of the Air.  The Pelican is principally a water bird - in effect it is closer to spirit than it is to the earth.  Its enormous pouch is also a place capable of storing fish - symbol in this case of wisdom and ideas - thus a pelican can feed wisdom to its young and is capable of 'consuming' large quantities of wisdom.

In many cultures, the pelican is a person who has been annihilated and become a 'god'. 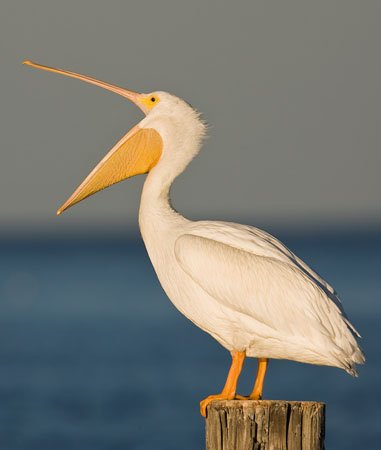 The pelican (Henet in Egyptian) was associated in Ancient Egypt with psychopomps. It was depicted in art on the walls of tombs, and figured in funerary texts.  The same symbol was also used as a protective symbol against 'snakes' - the snake in this context being symbolic of the kundalini experience.  In effect, because the god had survived this experience, the pelican as his symbol also gave protection.  Although the paragraphs above use the term god, the 'Henet' was also referred to in the Pyramid Texts as the "mother of the king" and thus seen as a goddess.

The pelican was also sacred in Judaism and the Kabbalah.   Consumption of pelican, for example, is still considered 'non-kosher' and forbidden in Jewish dietary law, although one rather suspects the reason why has been long forgotten. 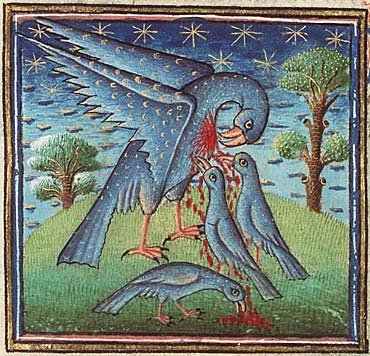 In medieval Europe, the symbolism was adapted.  A myth with additional symbolism was created whereby the pelican was thought to be 'particularly attentive to her young', to the point of providing her own blood by wounding her own breast when no other food was available.  Blood in this context is symbolic and thus means spiritual input or energy.  In effect, the goddess [or god] sacrifices themselves to provide spiritual input to their followers.

The mystic meaning of this stayed at just this and was associated with a number of mystical figures who symbolically sacrificed themselves to keep the mystic message going and help their followers.

In mainstream Christianity, the pelican came to symbolise Jesus and his wounding on the cross.  Thomas Aquinas in  "Adoro te devote" or "Humbly We Adore Thee",  describes Jesus in the penultimate verse as the "loving divine pelican, able to provide nourishment from his breast".

The self-sacrificial aspect of the pelican was reinforced by the widely read medieval bestiaries. The device of "a pelican in her piety" or "a pelican vulning (from Latin vulno, "to wound") herself" was used in heraldry. An older version of the myth is that the pelican used to kill its young then resurrect them with its blood.

in effect, the goddess was a helper in rebirth ceremonies or experiences. 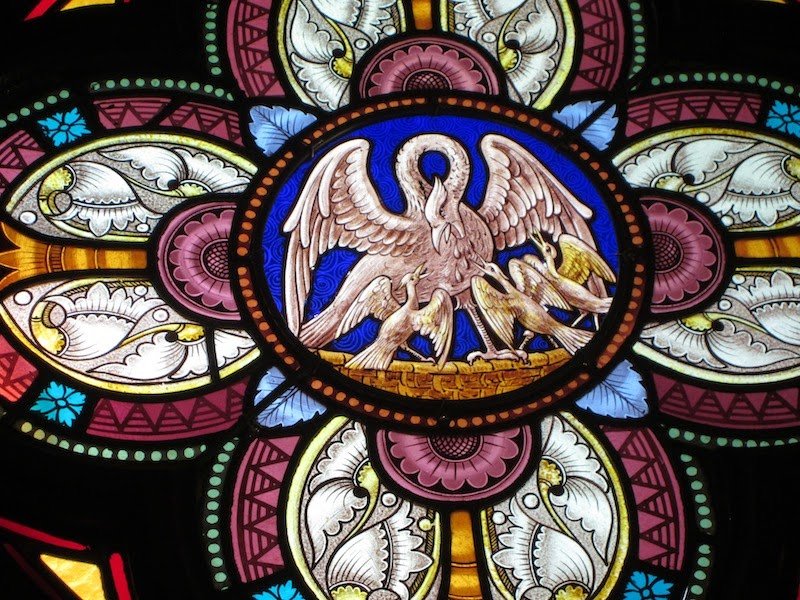