Symbol of yang energy within the Chinese symbol system. 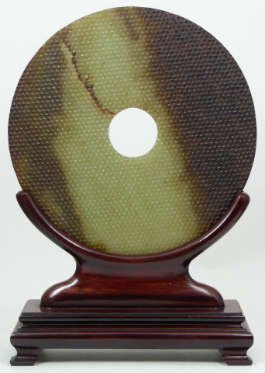 Mircea Eliade – The Structure of symbols

Jade is a precious stone which played a considerable part in the ancient symbolism of China.

In the social order, it embodied sovereignty and power.  It was also thought to be the food of the spirits, and the Taoists believed that it guaranteed immortality; hence the importance of jade in alchemy and the place it has always held in burial beliefs and practises…

According to the regulations of the Han dynasty, princes and lords were buried in clothes adorned with pearls and with boxes of jade, for the purpose of preserving the body from decay.

… But jade embodies all these powers because it embodies the cosmological principle of yang … like gold, because jade contains yang it becomes a centre filled with cosmic energy.