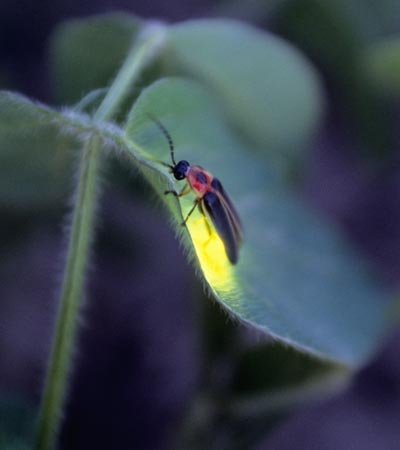 If we look first at what a firefly literally is, then we can start to explore the symbolism.

The Lampyridae are a family of insects in the beetle order Coleoptera. They are winged beetles, commonly called fireflies or lightning bugs for their conspicuous use of bioluminescence during twilight to attract mates or prey.

Fireflies produce a "cool light", with no infrared or ultraviolet frequencies.   About 2,000 species of fireflies are found in temperate and tropical climates. Many are in marshes or in wet, wooded areas where their larvae have abundant sources of food. In many species, both male and female fireflies have the ability to fly, but in some species, the females are flightless. 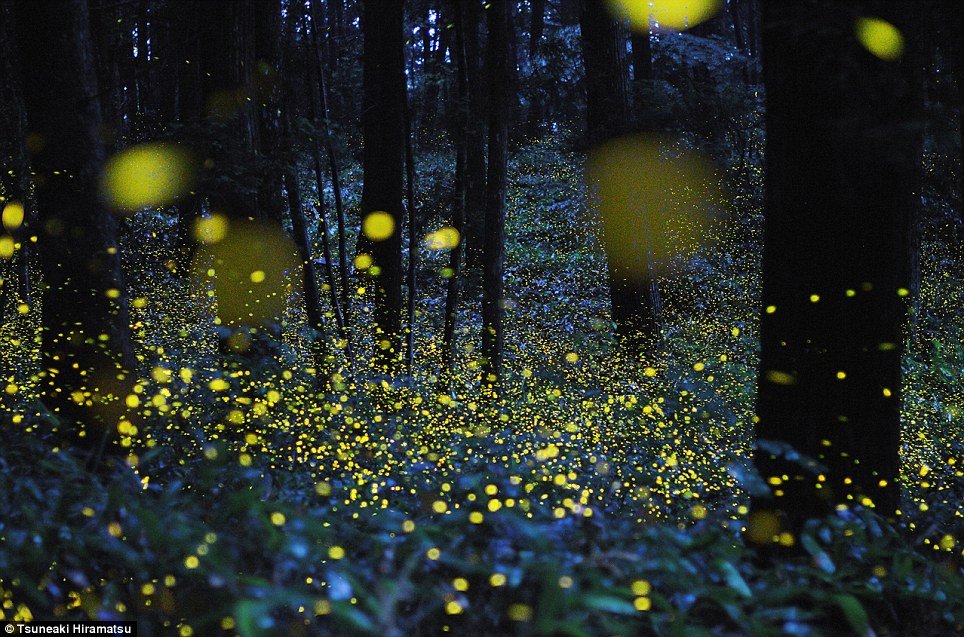 Much of the symbolism of the Firefly revolves around the two ideas of ‘illumination’ and ‘the light within’.  The Light within is the Higher spirit. 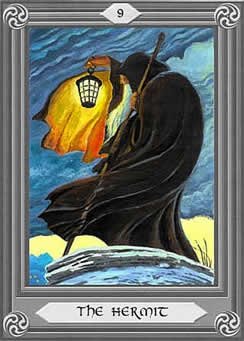 In some symbol systems, the firefly has the same meaning as a Hermit - thus an enlightened soul – who has come to help the world.  The Tarot card for the Hermit shows the similarity of the two symbols.  The hermit is a spiritual teacher or ‘guru’ inspired by direct but usually invisible spiritual experience.  Other terms used to describe this figure are a ‘sage’ or a ‘Seer’ or a druid.

The Hermit carries a lantern  - usually in his right hand.  Right hand and left brain go together thus we have an indicator that the illumination is intellectual – one helped by the functions of reason.  [see Brain split]. The card usually shows the surroundings as dark – thus the physical world in which ‘ignorance’ of the spiritual prevails.  The lantern sheds light on the spiritual, it is a source of illumination.

The firefly also carries his own in-built lantern and lights up the darkness.  The interesting difference between the two symbols is in the ‘flying’.  Fireflies ‘ascend’, they are not wingless, as such symbolically they represent a very special type of hermit, as the majority of hermits, bogged down by their need to employ their intellect cannot ‘fly’ symbolically.  They are grounded by their need to think, reason and remember.  But a firefly symbolically both has the ability to ‘illuminate’ – impart wisdom and to ascend and progress spiritually as well. 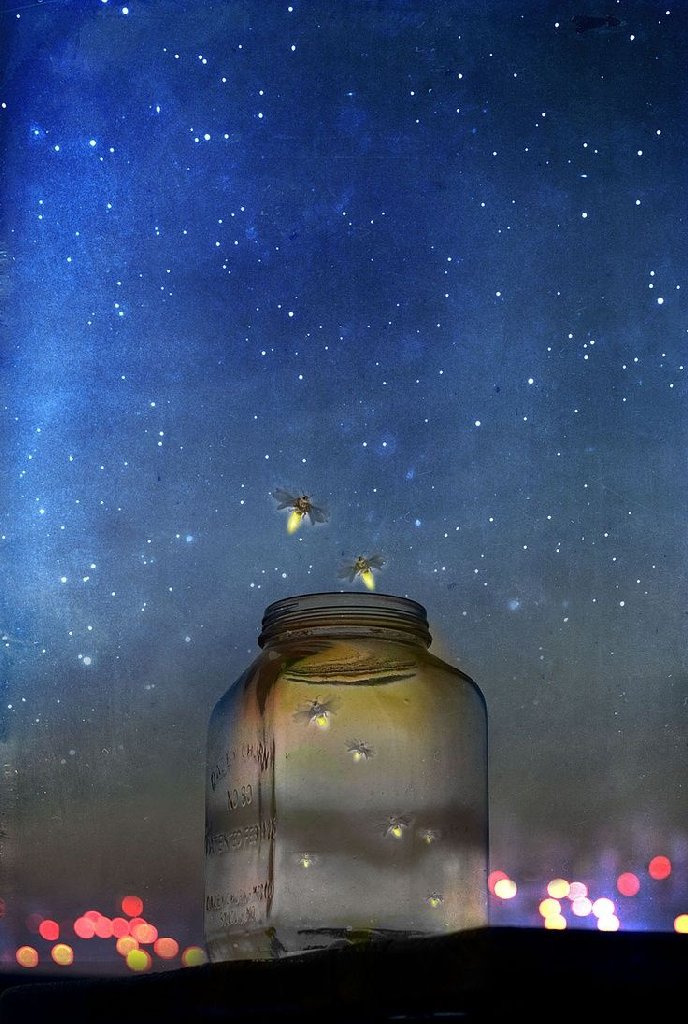 A firefly in either a bottle or a cage is a Higher spirit imprisoned by its
body, thus an incarnate spirit

There is an extra aspect of the firefly that helps to reinforce this symbolism.  Symbolically ‘red’ is spirit output, it is ’hot’ energy produced by thinking and producing perceptions, the more perceptions the hotter the energy.  Blue is symbolically spirit input – wisdom, inspiration, healing and so on – the gift from the gods.  Fireflies produce a "blue light", with no infrared or ultraviolet frequencies.  In other words, they are a source of wisdom, inspiration, healing and so on.

Both Jesus and Buddha were fireflies.  Lao Tzu was a firefly.

Light production in fireflies is literally due to a type of chemical reaction called bioluminescence. This process occurs in specialized light-emitting organs, usually on a firefly's lower abdomen. The enzyme luciferase acts on the luciferin, in the presence of magnesium ions, ATP, and oxygen to produce light. So there is a connection with Lucifer.

The Alchemists refer to the Morning Star by its alternative name Phosphorus, light bearer and Lucifer. Thus there is no connection with the Devil, nor is Lucifer a 'fallen angel'. In other words, Lucifer is the spirit of the Morning star, a person who has come down onto the physical level in order to 'shed light' or illuminate.  This idea thus ties in with the overall concept of illumination.

16 I Jesus have sent mine angel to testify unto you these things in the churches. I am the root and the offspring of David, and the bright and morning star. 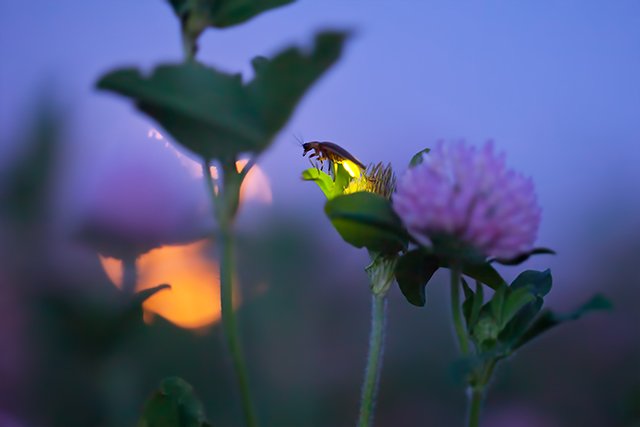 After death, the Higher spirit [immortal soul] is separated from the body and the mortal soul and figuratively flies to heaven.  Thus a wing-born firefly is a symbol of the newly dead on their way to their destination in the spiritual world.  Fireflies in a more general symbolic context are thus spirits.

Fireflies also have a short life span in ‘real life’, a matter of weeks and are thus either used to indicate the general shortness of life in general, or in specific cases have been used to represent the victims of war – the newly dead whose lives have been cut short prematurely.  “Their eerie lights are thought to be the altered form of the immortal souls of soldiers who have died in war,” The symbolism is used to great effect in the lovely but very sad 1988 Japanese animated film, “Hotaru no Haka (Grave of the Firelies)” where they are used as a symbol not only the soldiers that died in World War II, but also of the innocent citizens who died in the war. 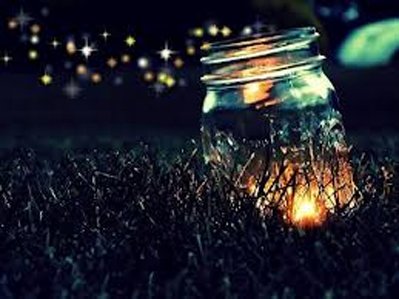 Firefly
Small your light
It takes the glow of many
To mark the night.
What wisdom do you know,
What can you speak,
Of regions far beyond your realm?
Firefly help me listen
For your whisper in the night.


Fireflies literally hibernate over winter during the larval stage, some species for several years. Some do this by burrowing underground, while others find places on or under the bark of trees. They emerge in the spring. 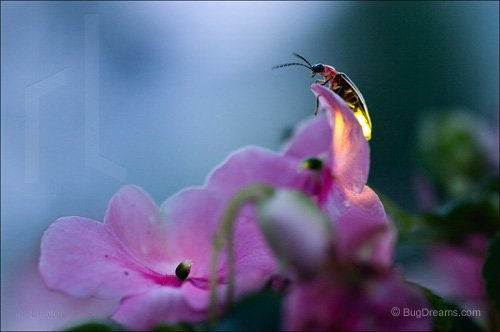 Thus there is a symbolic link here with the Four seasons and the hours, the symbolism used to show reincarnation or the spiritual path.

The Higher spirit of a person who dies, symbolically goes through Winter as a disembodied spirit, to reincarnate – become incarnate and bodied – in symbolic Spring.  This may indeed take some ‘time’ in the sense that the time chosen for the bodily incarnation is dependant on the person’s destiny.  The spirit ‘waits’ as a disembodied soul until it is needed in the Great work – the plan for the evolution of the universe -  and its destiny has been decided, the task it has been given the next time round.

As such the symbolism is very apt.

As one can see, however, we have two diametrically opposed ideas here for this symbol.  A single firefly is in essence a god-like figure who by definition will not reincarnate, a group of fireflies in contrast are the Higher spirits of those due to reincarnate.

little lights
blinking
under the moon 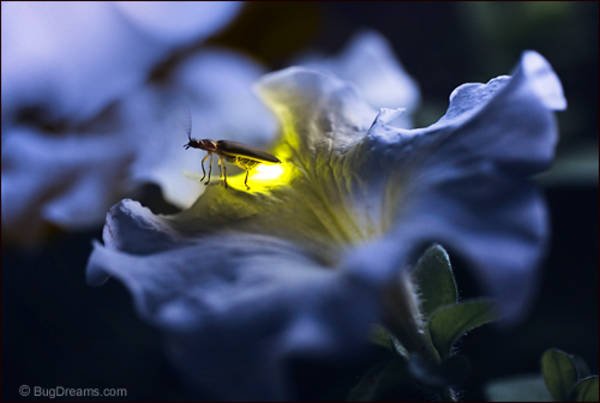 The Light of the Firefly: What is its Role in Japanese Culture? 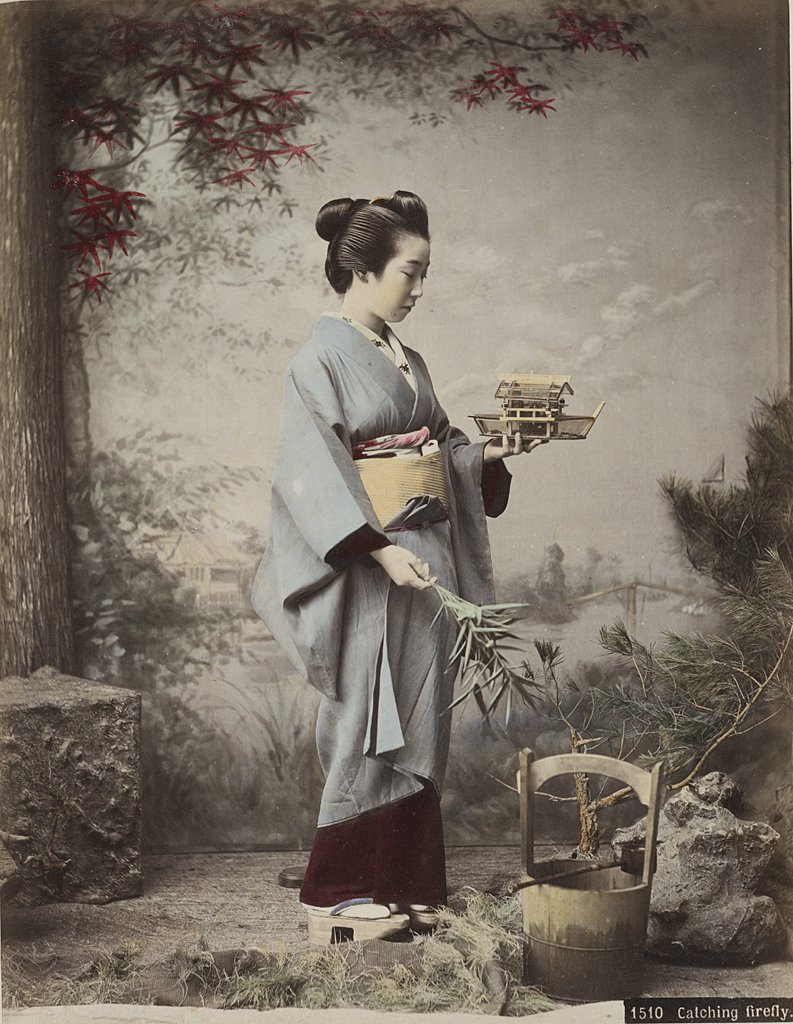 Fireflies have taken on great symbolic importance in Japan, where they are known as  “hotaku” in Japanese.

In Japan, the firefly’s mystical light “has been a metaphor for passionate love in poetry since Man’you-shu (the 8th century anthology-which is the oldest collection of poetry in Japan)”.

The symbolism otherwise is identical to that described above, with the following rather amusing addition:

This is a rather newly invented word, but "hotaru-zoku (firefly tribe)" refers to the people (mainly husbands) forced to smoke outside. There are many tall apartment buildings in the cities, which usually have small balconies. From a distance the light of cigarette outside the curtained window looks like the glow of a firefly.