This has similar symbolism to a tunnel except that it is specifically the route by which thoughts travel upwards and thus is symbolically equivalent to the perceptions as they rise the vibrational layers.

Shamans in their visionary or out of body states sometimes go ‘up’ chimneys  - use their perceptions as the route out beyond time.  It is from this that we get the symbolism of Father Christmas coming ‘down’ and going up chimneys at Christmas to bring us spiritual presents – a master shaman if ever there was one, except he used amanita muscaria to give him a boost. 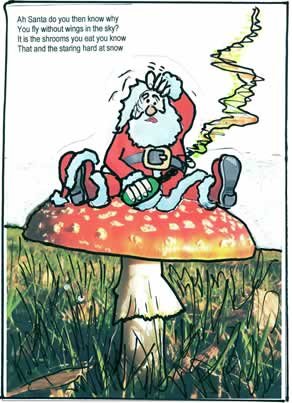 The Origins of Christmas – Terri Russell

The Shaman people were tribes found in Northern Europe and they were known for their mushroom harvesting and consuming for transcendental experiences.

It is believed that the Shaman Tribes would dress in red and white, gather the mushrooms until their sacks were full, and deliver them back to their huts or yurts.

………... These ancient people considered the mushrooms as sacred, much like gifts.

Reindeers and the North Star were also thought of as sacred. Even the reindeers would indulge in magic mushrooms and bare the effects of the hallucinogen. 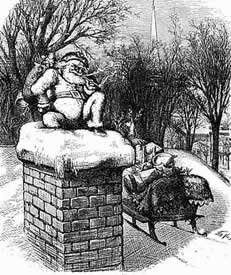