Transient global amnesia (TGA) describes an illness  in which there  is temporary but almost total disruption of short-term memory. 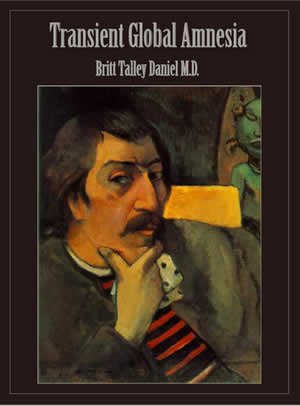 A person having an attack of TGA has almost no capacity to establish new memories, but generally appears otherwise mentally alert and lucid.

There is no or very very little loss of long term memory.  Thus learnt behaviour is accessible and the person possesses full knowledge of self-identity and identity of close family.  They maintain intact perceptual skills and a wide repertoire of complex learned behavior.  The individual experiencing TGA thus retains social skills and the ability to perform various complex learned tasks such as driving; one individual according to Wikipedia "was able to continue putting together the alternator of his car." But they can’t recall having driven or doing any of the things they do perform.

This lack of memory can last for hours or days, but eventually does right itself.  The degree of amnesia is profound, and, in the interval during which the individual is aware of his or her condition, is often accompanied by considerable distress.

One of its bizarre features is perseverance, in which the victim of an attack faithfully and methodically repeats statements or questions.    Generally speaking, the questions serve to somehow ground the person in the present, to try to give them some handle on where they are, why they are there and what has happened.  But as soon as you tell them, they forget.  Because they are also unable to grasp what has happened to them, they seek reassurance over and over again.

The attack gradually subsides over a period of hours, so that the victim retains short-term memory for longer periods. In the majority of cases there are no long-term effects other than a complete lack of recall for this period of the attack and an hour or two before its onset.

The cause is generally unknown, however, if my husband’s cases is typical, it is probably hypoxia [see below] brought on by exertion over and above the body’s capacity to supply the oxygen needed to the brain.

The most commonly cited precipitating events include vigorous exercise (including sexual intercourse), swimming in cold water or enduring other temperature changes, and emotionally traumatic or stressful events.  My husband was swimming!

There is also a gradually growing body of evidence from the eHealthme website that a large number of pharmaceuticals cause TGA.  This LINK takes you to the page on eHealthme where the 184 drugs implicated so far are listed. 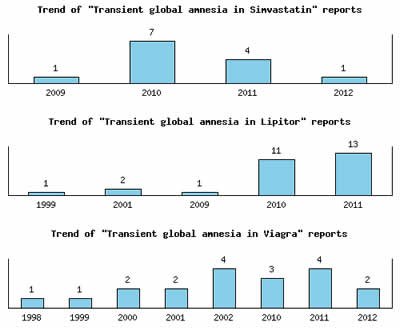 The prognosis of "pure" TGA is very good. It does not affect mortality or morbidity and unlike earlier understanding of the condition, TGA is not a risk factor for stroke or ischemic disease. Rates of recurrence are variously reported, with one systematic calculation suggesting the rate is under 6% per year. 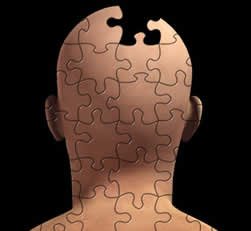 TGA “is universally felt to be a benign condition which requires no further treatment other than reassurance to the patient and their family.”

"The most important part of management after diagnosis is looking after the psychological needs of the patient and his or her relatives. Seeing a once competent and healthy partner, sibling or parent become incapable of remembering what was said only a minute ago is very distressing, and hence it is often the relatives who will require reassurance."   Too right!!