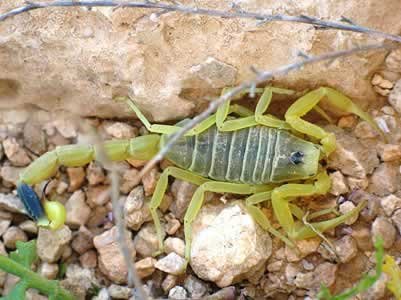 There are approximately 650 to 800 species of scorpion distributed throughout the tropical and subtropical regions of the world.  Most of the species that are truly toxic and to be avoided are those in the Buthidae family.  The bark scorpion is the only scorpion native to the USA that produces a life threatening envenomation.  The effect of scorpion envenomation varies among scorpion species and geographic location.  The severity of scorpion envenomation also depends on the potency of the venom which is species specific.  That said, most scorpion stings produce only mild effects.

The use of scorpion stings as a form of so called ‘psychoactive substance’ has been known for many years, particularly in Pakistan, Afghanistan and Northern India, but the practise is current today and spreading due to the restrictions on other psychoactive substances.  For example:

“SCORPIONS rank along with spiders, snakes and crocodiles as a major phobia, but for some wealthy Indians their venom has become the source of a legal high.  Rich youths from India’s western states of Gujarat and Maharastra are risking a fatal allergic reaction from the arachnids’ sting for the high it gives them. Men from Gujarat’s nomadic Rabari tribe are offering clients the chance to get their hands or feet stung by scorpions carried in small boxes.

According to police, the dealers run their businesses on the Delhi to Bombay highway, operating from a clandestine base in the Gujarat city of Bharuch. The enzymes and toxins in scorpion venom are used by the arachnid to paralyse its prey and digest its food. Although most scorpions are poisonous, their venom is not life-threatening for humans. Only about 20 out of more than 1,000 known species of scorpions are dangerous for human beings.

After the arachnid is set free on a hand or foot of the client - who pays 75 to 125 rupees (90p to £1.50) for a single ‘shot’ - the dealer hits the scorpion’s back gently with a metal stick to irritate or frighten it, causing it to use its sting. The momentary pain of a sting gives way to an illusionary floating feeling that lasts six to eight hours. Most of the scorpion sting addicts are young urban people and truck drivers on the highways. Hitchhiking mostly on highway trucks between Ahmedabad and Vasai, a northern suburb of Mumbai, the Rabari sting sellers cater to a wide clientele stretched across Gujarat and Maharastra.

A sting seller known only as Nathu said to the police: "Some are afraid of scorpion stings. I tell them, ‘You won’t die. You should at least try it once, it’s a lifetime experience. It gives a wonderful kick.’ Once a man takes it, he will become an addict and he will have to return to us again."   Sometimes new clients writhe and groan in pain for some minutes immediately after taking the sting, attracting the attention of curious onlookers including police.

Highway restaurant owners said that many young executives from nearby cities and university students were among the clientele of the sting sellers. One police officer in the city of Bharuch said: "Because of our successful drives against the sellers and addicts of alcohol, opium, cough syrup and heroin in urban areas, young people are flocking on the highways to try the new craze of scorpion stings."

Toxins and in some cases Poisoning [there is a difference] depending on the scorpion.

It is known as "Potassium channel toxin alpha-KTx 1.3" or IbTx. The complete amino acid sequence has been defined and it displays 68% sequence homology with charybdotoxin of which more in a moment.  Potassium ions are necessary for the function of all living cells. It is one of the key minerals used by the Physical nervous system. The section on Potassium imbalance describes the effects of either deficiency of potassium or of overdosing.

Iberiotoxin binds to calcium-activated potassium channels and  inhibits the current by decreasing both the probability of opening and the open time of the channel.

The venom produces mainly cardiopulmonary abnormalities like circulatory derangements and by these abnormalities it can finally cause death. In rural India the scorpion and its venom is a commonly known factor of children's death.

The venom initially causes transient cholinergic stimulation (vomiting, profuse sweating, bradycardia, priapism, hypersalivation, and hypotension) depending on the dose this may be  followed by sustained adrenergic hyperactivity (hypertension, tachycardia, and myocardial failure).

The adrenergic phase but not the cholinergic phase is a dose-dependent phenomenon. It is highly likely that by being stung in the outer extremities and at lowish doses only hypotension would result 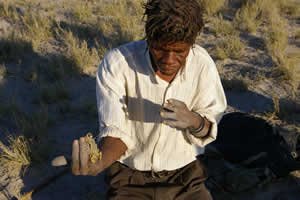 Both these toxins cause great pain and our signalling system tells the brain that something is wrong.

The so called ‘high’ that is experienced probably comes from Endorphins.

As these are, in effect, the endogenous opiate in our body being able to produce analgesia and a feeling of well-being, they are indeed addictive.

None – endorphins are not a spiritual experience. If anyone in this silly game gets an experience it will be from near death