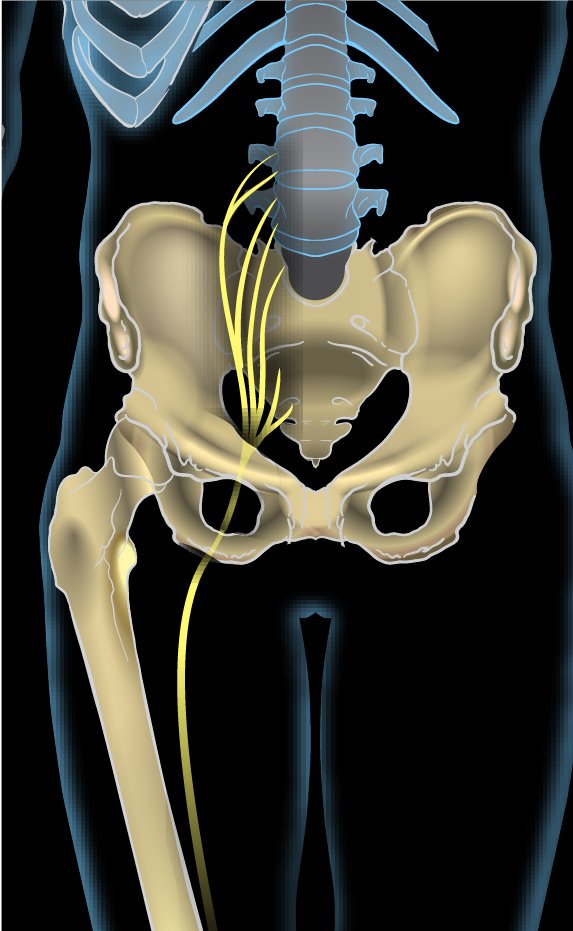 Sciatica is one of many nervous system diseases.  The term "sciatica" describes a symptom— pain along the sciatic nerve pathway— rather than a specific condition, illness, or disease.

A recent review showed that the prevalence of sciatic symptoms [in the population] is rather variable, with values ranging from 1.6% to 43%. If stricter definitions of sciatica were used, for example, in terms of pain distribution and/or pain duration, lower prevalence rates were reported. Studies in working populations with physically demanding jobs consistently report higher rates of sciatica compared with studies in the general population.  PMID:  20227645

We will come back to this latter point in the causes section.

It is most common during people's 40s and 50s, and men are more frequently affected than women. The condition has been known since ancient times. The first known use of the word sciatica dates from 1451.

Pain in the area in which the sciatic nerve is found.  Generally the pain starts in the lower back and goes down the leg, but this depends on the cause of the pain.

The straight-leg-raising test is often helpful in some cases of diagnosis. The test is positive if, when the leg is raised while a person is lying on their back, pain shoots below the knee.

The pattern of pain description tends to exhibit certain characteristic traits: only half of the patients had low-back pain, and pain was most frequently occurring in the gluteal region, thigh and calf. The frequency of superficially localized pain tended to increase in the proximo-distal direction. Aching-like pain was the most common pain quality, and this variant of pain as well as flashing and jerking sensations were commonly reported in the gluteal region, thigh and calf.
Warmth was most frequently experienced in these regions, cold sensations in distal parts. A feeling of punctate pressure was common in the gluteal region, incisive pressure and paraesthesia in the thigh and calf, and a cramp-like feeling in the calf region. Reduced sensibility was frequently experienced in distal parts and never in the lumbar region. Pain quality differs in patients with a short and a long duration of the actual attack of sciatica.  PMID:  6225064 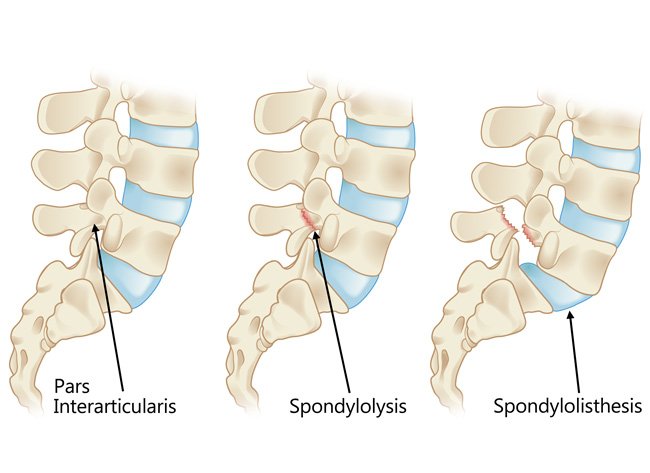 Piriformis syndrome is a nondiscogenic cause of sciatica from compression of the sciatic nerve through or around the piriformis muscle. Patients typically have sciatica, buttocks pain, and worse pain with sitting. They usually have normal neurological examination results and negative straight leg raising test results. Flexion, adduction, and internal rotation of the hip, Freiberg sign, Pace sign, and direct palpation of the piriformis cause pain and may reproduce symptoms. PMID: 25574881

Please also see the sections on Nervous system diseases and that on Bone and skeletal problems to obtain a more complete picture of the causes, which include bacteria, heavy metals, other toxins besides pharmaceuticals, viruses, radiation, fungal infection and parasites.

In this list we have some quite serious conditions, and although one should never treat such symptoms lightly, it is important to put this condition in context and present a more balanced picture.  The vast majority of the time, sciatica is caused by things that can be addressed by the person themselves. 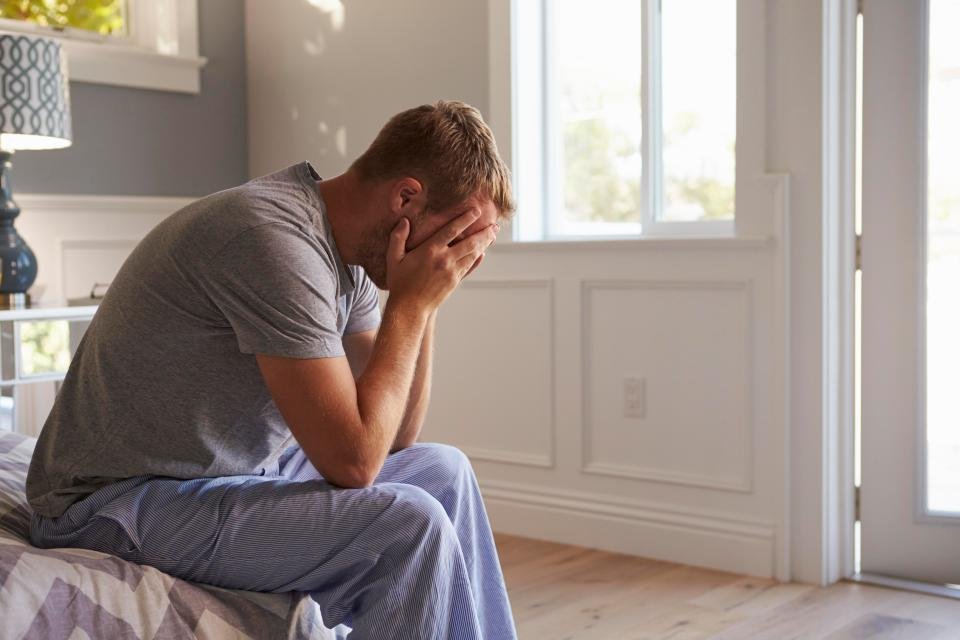 "A quarter of young men have self-harmed to cope with stress or pressure while another 22 per cent have considered it, a study by three leading youth charities shows"

We saw in a paper above that “Studies in working populations with physically demanding jobs consistently report higher rates of sciatica compared with studies in the general population.  [PMID:  20227645]”.
Stress can result in tensing of muscles, and one area where the tensing takes place is the back.  A whole host of back related problems can be caused by stress.  The problems with the back then affects the nerves.  Here is an example:

Although back disorders are a major occupational problem for nursing staff, few studies distinguish different types. By means of a structured questionnaire, we performed a cross-sectional study on the prevalence of
- diagnosed lumbar disc hernia,
- chronic low-back pain (LBP) (at least 90 d in the preceding 12 months) and
- acute LBP (intense pain for at least 1 d)
with respect to physical, individual and psychosocial factors among female nurses (n=587), nursing aides (n=228) and head-nurses (n=43) working in a university hospital (95% of the female workforce).
Almost all respondents reported known high-risk occupational activities. Overall prevalence of reported back disorders was 44% (acute LBP 19%, chronic LBP 17%, lumbar hernia 8%).
On multinomial logistic regression analysis, …. stress-related psychosomatic symptoms were associated with all three types of back disorder.  PMID:  15090684

We believe the medical profession are too quick to opt for surgery when it might be far better to investigate the psychological causes of the muscle tensing taking place.  There are a great number of stress busting modalities that can be used – music, warmth, massage, meditation, relaxation, improvement in working conditions and so on, all of which a benign. 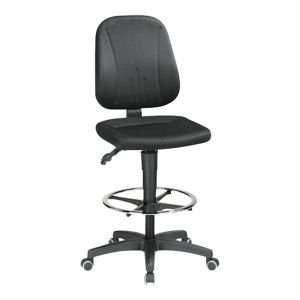 If a part of the body below the area of the waist and above the knee gets colder than other parts, then the muscles and blood vessels in that area are likely to contract to conserve heat.  As they do so they will put pressure on the nerves in the area in a disproportionate way, in a sense a bit like pushing a finger on one part of the body.  This is what is happening in Piriformis syndrome as well, maybe one muscle out of many is acting out of sync with the others.

If a chair is of a poor design giving inadequate support to various parts of the body, the muscles will be tensed in some areas and not other areas and as they pull against one another in an out of balance way they will put pressure on the nerves in the area.  Again, this is what is happening in Piriformis syndrome as well, maybe one muscle out of many is acting out of sync with the others.

The eHealthme site collects Adverse Drug Reports submitted by doctors to the FDA and SEDA in the USA.  According to the site, as of October 2017, 12,466 reports had been received implicating doctor prescribed pharmaceuticals in causing sciatica.

Avery large number of drugs are implicated please follow the LINK for the full list.  The eHealthme website frequently reorganise the site and thus break the links.  Thus if the link we have given no longer works, to find out which pharmaceuticals are implicated in Sciatica

The list shows you all the drugs implicated in CAUSING Sciatica as well as the number of people who have made a complaint to their doctor and had their case reported by him.  Note that it is up to the doctor whether he reports or not.

The reasons why pharmaceuticals are implicated in causing sciatica are many.  Some pharmaceuticals cause spinal problems , some do nervous system damage, some [like statins] prevent the body from repairing damage by inhibiting the production of cholesterol – the body’s principle repairing substance.  It is noticeable that when sciatica is caused by pharmaceuticals many of the symptoms are those of poisoning, not sciatica itself – again the following comes from eHealthme 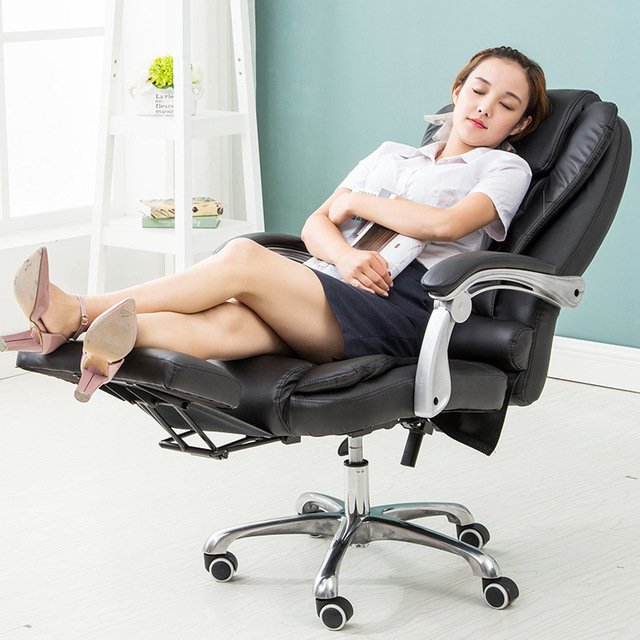