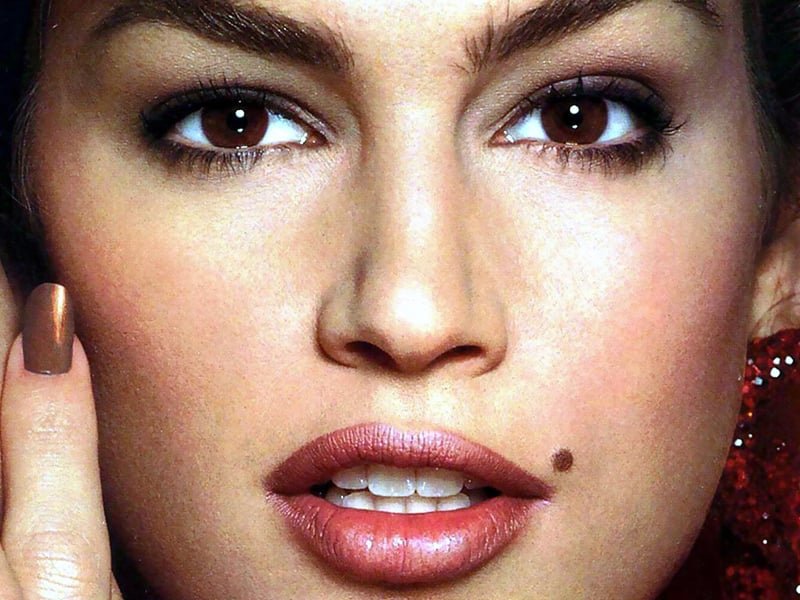 supermodel Cindy Crawford grew up hating the one feature that made her face distinct
and instantly recognisable; her mole. At the verge of getting it surgically removed just
before she really made it big, Crawford in an interview claims that she balked last minute
and made the best decision of her life by not going through with the procedure.

A mole is a growth on the skin that develops when pigment cells (melanocytes) grow in clusters.

Another name for a mole is a nevus. The plural is nevi.

Freckles, in contrast, are clusters of concentrated melaninized cells.

Freckles do not have an increased number of the melanin-producing cells melanocytes, but instead have melanocytes that overproduce melanin granules (melanosomes) changing the coloration of the outer skin cells called (keratinocytes). As such, freckles are different from moles. 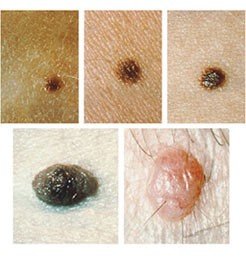 There are two main types of mole:

Neither Common moles or Dysplastic moles are cancerous, neither should they be thought of as an illness, a disease or a disability, but moles can be the focal point when skin cells become cancerous.

Most dysplastic nevi do not turn into melanoma. Most remain stable over time and a common mole only rarely turns into a melanoma, but we have provided this section so that you can look for the signs and symptoms.

Melanoma is covered in more detail in the section devoted to the illness, but briefly Melanoma is a type of skin cancer that begins in melanocytes. It is potentially dangerous because it can invade nearby tissues and spread to other parts of the body, such as the lung, liver, bone, or brain. The earlier that melanoma is detected and removed, the more likely that treatment will be successful.

Most melanocytes are in the skin, and melanoma can occur on any skin surface. It can develop from a common mole or dysplastic nevus, and it can also develop in an area of apparently normal skin. In addition, melanoma can also develop in the eye, the digestive tract, and other areas of the body.  It can even be found under the fingernails, under the toenails, on the palms of the hands, or on the soles of the feet.  This shows that melonomas are not just sun related and this is explored in the section on Melanoma.

The actress Anne Curtis has a lot of moles and has decided to undergo annual tests to ascertain she is clear of cancer. 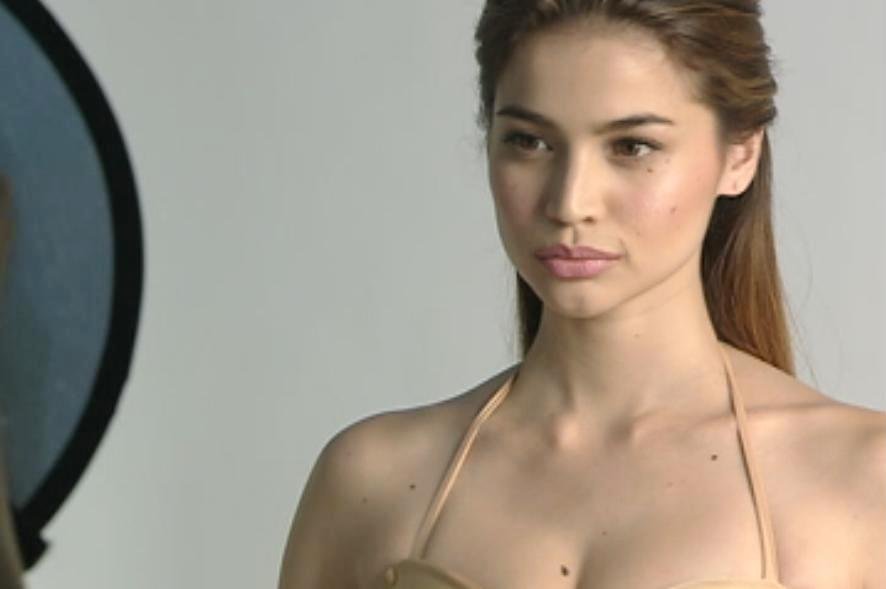 These are the symptoms to watch for:

How is melanoma diagnosed?

The only way to diagnose melanoma is to remove tissue and check it for cancer cells. The doctor will remove all or part of the skin that looks abnormal.. The sample will then be sent to a lab and a pathologist will look at the tissue under a microscope to check for melanoma.

Moles do not need treating because they are not an illness, disease or disability, but Melanoma does. 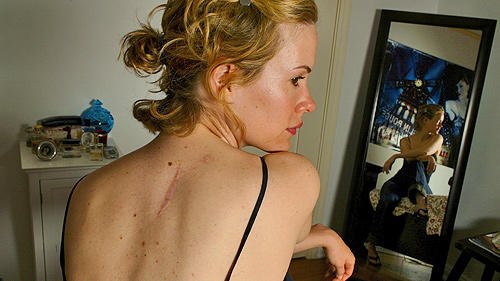 The photos on this page came from the National Cancer Institute NCI's What Does a Mole Look Like?