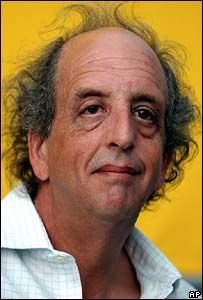 Vincent Schiavelli the actor had Marfan's

Marfan syndrome (also called Marfan's syndrome and MFS) is a rare autosomal dominantly inherited connective tissue disorder with an estimated prevalence of 1:5,000, although clearly this varies greatly between countries.

Patients who had received a diagnosis of Marfan syndrome were identified from the Taiwan National Health Insurance database records from January 1, 2000, through December 31, 2012 (average population size, 22,765,535).
We identified 2329 patients (58% men) with Marfan syndrome.  From this national cohort study, the minimal birth incidence was 23.3 per 100,000 individuals, that is, possibly 1 patient with Marfan syndrome per 4286 people. Despite medical advances, aortic dissection still occurs in about one-tenth of the patients and carries a high mortality risk. PMID:  24388020

The syndrome is inherited as a dominant trait, carried by the gene FBN1, which encodes the connective protein fibrillin-1.  People have a pair of FBN1 genes. Because it is dominant, people who have inherited one affected FBN1 gene from either parent will have Marfan syndrome. 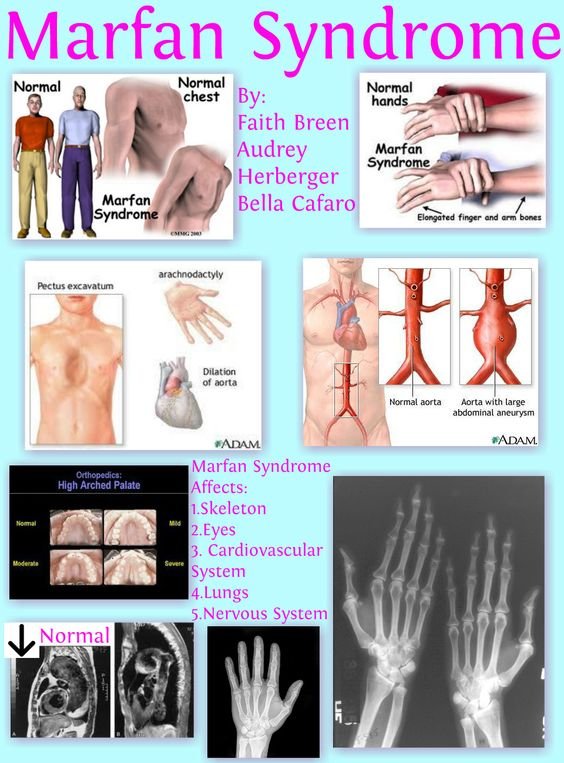 Marfan syndrome is named after Antoine Marfan, the French paediatrician who first described the condition in 1896. The gene linked to the disease was first identified by Hal Dietz  and Francesco Ramirez in 1991.

Marfan syndrome has a range of expressions, from mild to severe. The most serious complications are defects of the heart valves and aorta. It may also affect the lungs, the eyes, the dural sac surrounding the spinal cord, the skeleton and the hard palate.

Most of the readily visible signs are associated with the skeletal system. Many individuals with Marfan syndrome grow to above-average height. Some have long, slender limbs with long fingers and toes.  An individual's arms may be disproportionately long, with thin, weak wrists. In addition to affecting height and limb proportions, Marfan syndrome can produce other skeletal anomalies. Abnormal curvature of the spine, abnormal indentation or protrusion of the sternum are not uncommon. Other signs include abnormal joint flexibility, a high palate, malocclusions, flat feet, hammer toes, stooped shoulders, and unexplained stretch marks on the skin. It can also cause pain in the joints, bones and muscles in some patients. Early osteoarthritis may occur.

Some people with Marfan have speech disorders resulting from symptomatic high palates and small jaws.

The periodontal ligament (PDL) is situated between the tooth root and alveolar bone, thereby supporting the tooth, and is composed of collagen and elastic system fibers. Marfan syndrome type I (MFS1, MIM #154700) is caused by mutations in FBN1 encoding fibrillin-1, which is a major microfibrillar protein of elastic system fibers. MFS1 is characterized by tall stature, aortic/mitral valve prolapse, and ectopia lentis and is occasionally accompanied by severe periodontitis. Since little is known about the biological functions of elastic system fibers in PDLs and the pathogenesis of the periodontitis in MFS1, PDL cells were isolated from an MFS1 patient with a heterozygous missense mutation in a calcium-binding epidermal-growth-factor-like domain of FBN1. ….. Our findings suggest that FBN1 regulates cell alignment and microfibril assembly in PDLs.  PMID:  18049824 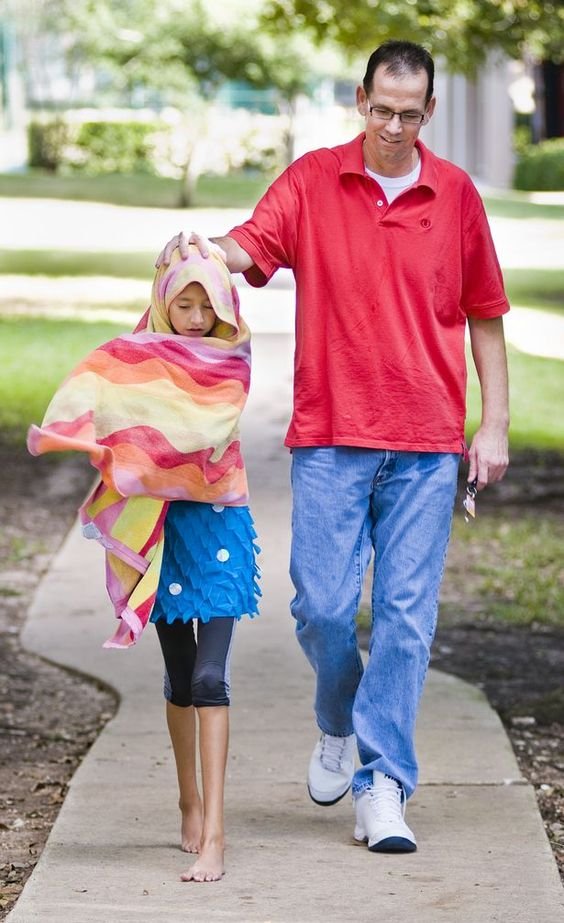 Tim Farrell, right, places his hand on his daughter, Aubrey's,
head .... Tim has a serious heart condition due to Marfan
syndrome and has endured several heart surgeries. Aubrey, 9,
has the same condition and will likely need heart surgery
before she turns 18.

Marfan syndrome can also seriously affect the eyes and vision. Nearsightedness and astigmatism are common, but farsightedness can also result. Dislocation of the crystalline lens in one or both eyes also occurs. Sometimes eye problems appear only after the weakening of connective tissue has caused detachment of the retina. Early onset glaucoma can be another related problem.

The most serious signs and symptoms associated with Marfan syndrome involve the cardiovascular system: undue fatigue, shortness of breath, heart palpitations, racing heartbeats, or angina pectoris with pain radiating to the back, shoulder, or arm. Cold arms, hands and feet can also be linked to Marfan syndrome because of inadequate circulation. A heart murmur, abnormal reading on an EKG, or symptoms of angina can indicate further investigation.  The major sign that would lead a doctor to consider an underlying condition is a dilated aorta or an aortic aneurysm.

Spontaneous pneumothorax is common, where air escapes from a lung and occupies the pleural space between the chest wall and a lung. The lung becomes partially compressed or collapsed. This can cause pain, shortness of breath, cyanosis, and, if not treated, it can cause death. Other possible pulmonary manifestations of Marfan syndrome include sleep apnea.  Pathologic changes in the lungs include emphysema and  pneumonia. 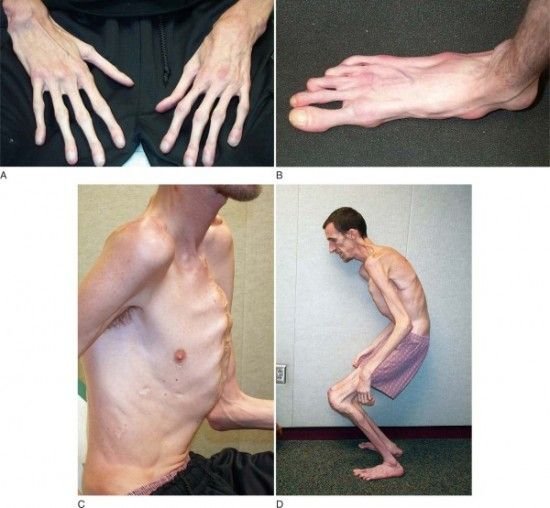 The weakening of the connective tissue of the dural sac encasing the spinal cord  can reduce the quality of life for an individual. It can be present for a long time without producing any noticeable symptoms. Symptoms that can occur are lower back pain, leg pain, abdominal pain, other neurological symptoms in the lower extremities, or headaches. Such symptoms usually diminish when the individual lies flat on his or her back. Other spinal issues associated with Marfan syndrome include degenerative disk disease and  spinal cysts.

As stated above, Marfan syndrome is carried by the gene FBN1, which encodes the connective protein fibrillin-1.  Thus it is classified as an inherited disease.  But this neither tells us what caused the mutation, nor does it cover the range of symptoms that appear to result from this mutation.

In other words, whereas it was once thought that Marfan's syndrome was simply caused by a gene mutation, there is more and more evidence that all its variants and complexities may be caused by a pathogen [or pathogens].  There may even be the possibility that the pathogen is inherited, as many retroviruses are capable of being inherited, in other words this disease may be an entirely pathogen governed disease.  There is more

Significant clinical overlap with other systemic connective tissue diseases, including Loeys-Dietz syndrome, Shprintzen-Goldberg syndrome and the MASS phenotype, has been documented. In Marfan and Loeys-Dietz syndrome, the cardiovascular manifestations account for the major cause of patient morbidity and mortality.  Over the past decades, gene identification studies confidently linked the aforementioned syndromes, as well as non-syndromic aneurysmal disease, to genetic defects in proteins related to the transforming growth factor (TGF)-β pathway:  PMID:  26919284 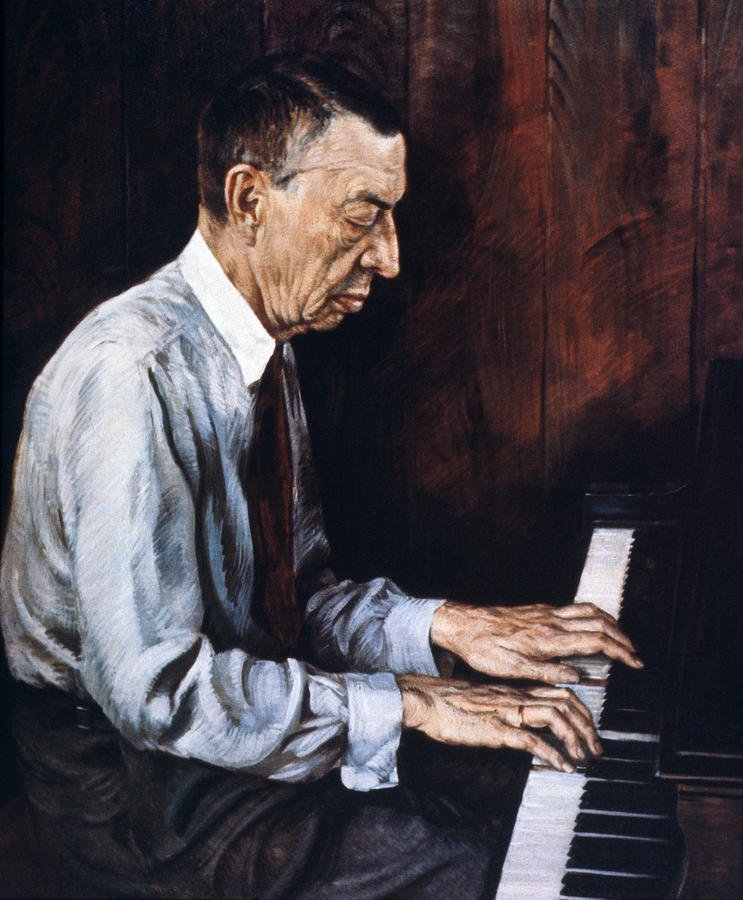 and here we have a vital clue because there appears to be a link with disease of the Pituitary gland.   In other words, a pathogen of some sort is attacking the Pituitary gland, and as a consequence of all the disruption an attack of this sort can cause - the endocrine system affects the whole body - various symptoms, often confusing ones, may erupt.  The very large stature is a shared symptom - growth is due to HGH and an excess can lead to gigantism and acromegaly.  In this respect one believed sufferer - Rachmaninoff did indeed have enormous hands, as apparently did Pagannini, enabling both to perform extraordinary sequences of notes on their respective instruments.

Now let us have a look at Ehler's Danloss, which does not cause long limbs, but it does cause problems with connective tissues, bendy bones and bendy limbs.  All these problems and symptoms appear to be linked.

Here our research, in some senses, came to a dead end, published research does not yet appear to have been conducted to link any specific pathogen to Marfan's, but we feel it may be worth pursuing the Simian virus as one option, as it is a retrovirus and is also implicated in Ehler's Danloss.  Or it may be another retrovirus.

Retroviridae is a family of enveloped viruses that replicate in a host cell through the process of reverse transcription. A retrovirus is a single-stranded RNA virus that stores its nucleic acid in the form of an mRNA genome and targets a host cell as an obligate parasite. Once inside the host cell the virus uses its own reverse transcriptase enzyme to produce DNA from its RNA genome, the reverse of the usual pattern, thus retro (backwards). This new DNA is then incorporated into the host cell genome by an integrase enzyme, at which point the retroviral DNA is referred to as a provirus. The host cell then treats the viral DNA as part of its own genome, translating and transcribing the viral genes along with the cell's own genes, producing the proteins required to assemble new copies of the virus. It is difficult to detect the virus until it has infected the host. At that point, the infection will persist indefinitely 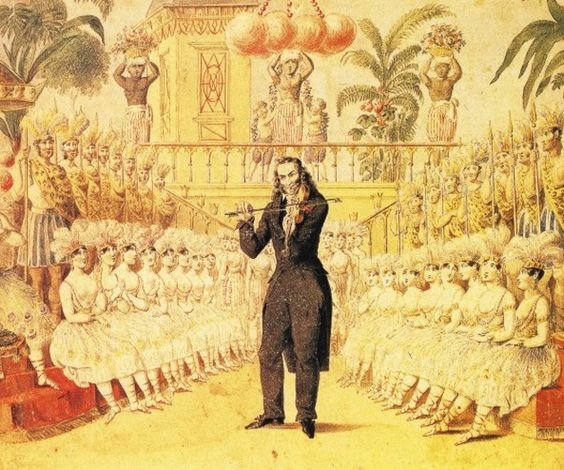 Any one of a host of resulting illnesses and disease may be the ultimate cause of any spiritual experience, for example: 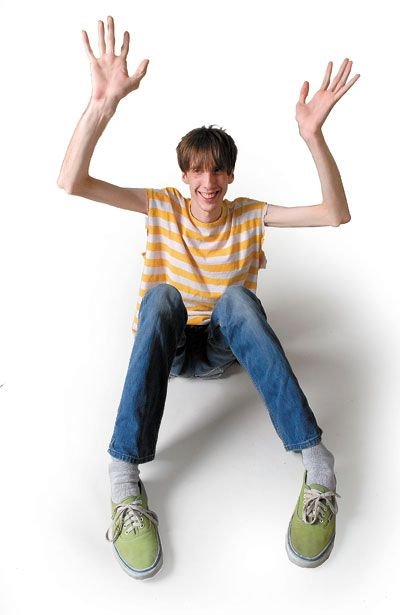 John Tavener was definitely diagnosed with this disease.  Rachmaninoff is said to have had this disease, and there seems to be a body of medical opinion that supports this view.  Paganini is also said to have had it.  We have examples of all their work, showing that even with a disability as crippling and painful as this can be, creativity can still soar.

The Face and Life of Marfan Syndrome By LAUREN COX ABC NEWS MEDICAL UNIT May 1, 2008

The moment he was born, Mathew Rudes was whisked away before his mother could see him. Doctors wanted to find an explanation for his extra long body, malleable head and folded limbs before facing his parents. 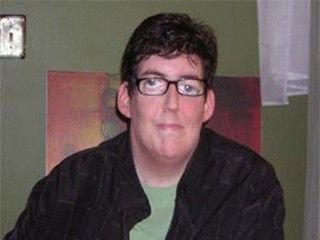 "They wouldn't show Matt to me and I knew something was wrong, because he's my third child," said his mother, Carol Rudes.
She said she remembers the doctors warning her that her son had no bones in his feet and that he had brain damage. Then the nurses began consoling her, quite sure her baby would die before he left the hospital.
They were wrong, in many ways.
Rudes lived, wrote a book before he was 11 years old and graduated valedictorian of his law and government magnet high school in North Hills, Calif. Now 21, he is due to graduate with honors from the University of California Los Angeles this spring and then head off to law school in the fall.
He did all this despite suffering agonizing complications from a severe form of Marfan syndrome, a genetic mutation historians believe affected Abraham Lincoln and ancient Egyptian pharaoh Tutankhamen.