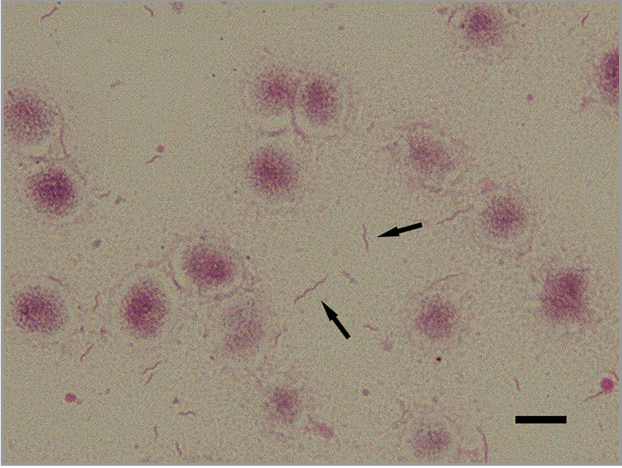 Helicobacter cinaedi is a bacterium that has come to be recognized as an important organism. It grows slowly and is difficult to isolate in culture.  It is the most common enterohepatic Helicobacter species that causes bacteremia in humans.

Helicobacter cinaedi is a Gram-negative spiral rod.  Perhaps of key importance is that it normally inhabits the gastrointestinal tract of mammals.  This means that where there is infection elsewhere in the body it is possibly caused by dysbiosis – destruction of the gastrointestinal tract by pesticides, herbicides, fungicides, pharmaceuticals, food additives, coeliac disease, antibiotics in food or as medicine and so on.  The gut is compromised, the pathogen enters the blood stream and disease ensues.

The main symptoms are fever often accompanied by back pain, abdominal pain and gastroenteritis, including diarrhoea, but unlike many other infectious diseases, the clinical course is not always acute. For these reasons, it is difficult to accurately diagnose.

It is beginning to be recognised, however, as a cause of a number of major diseases, infections and severe or chronic illnesses, such as: 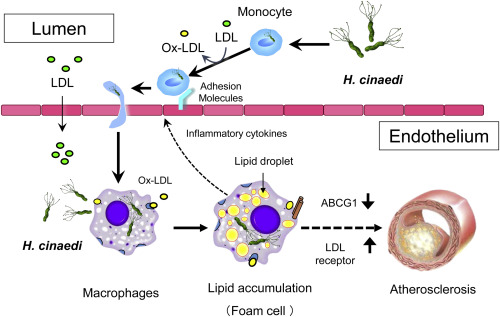 Quite a large number of so called auto-immune diseases are caused by this bacteria, although some researchers still have not cottoned on to the fact that the disease and bacteria are linked, for example

Although the incidence of H. cinaedi is [apparently] not that high, there are indications that the list above is but the tip of a massive iceberg when it comes to the actual number of diseases that may be caused by this pathogen:

Only 1 patient had no apparent underlying disease. The clinical symptoms included 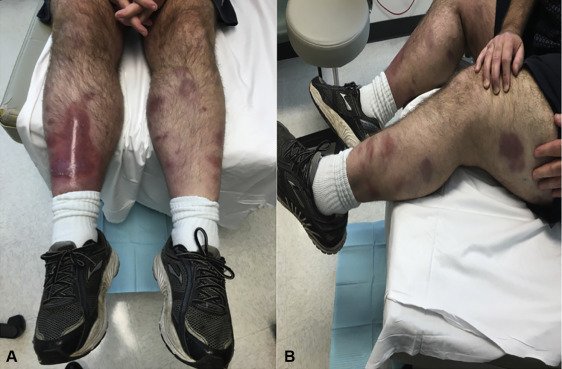 Helicobacter cinaedi was first isolated from rectal cultures from homosexual men in 1984. In the 1980s to mid 1990s, the microorganism was mainly isolated from samples from homosexual men or immunocompromised patients; however, during the last two decades, H. cinaedi has been isolated from immunocompromised and from immunocompetent individuals worldwide.
In Japan, the isolation of this microorganism was first reported in 2003. Since then, many cases have been reported in hospitals across the country. Despite many reports, the etiological properties and pathogenicity of H. cinaedi remain elusive; however, we are increasingly able to recognize some of the features and the clinical relevance of infection. In particular, a long incubation period is essential for detection in an automatic blood culture system and many of the recent isolates are resistant to both macrolides and quinolones  PMID:  25022901

What does the harm?  It appears that H. cinaedi  uses  cytolethal distending toxin RNA . 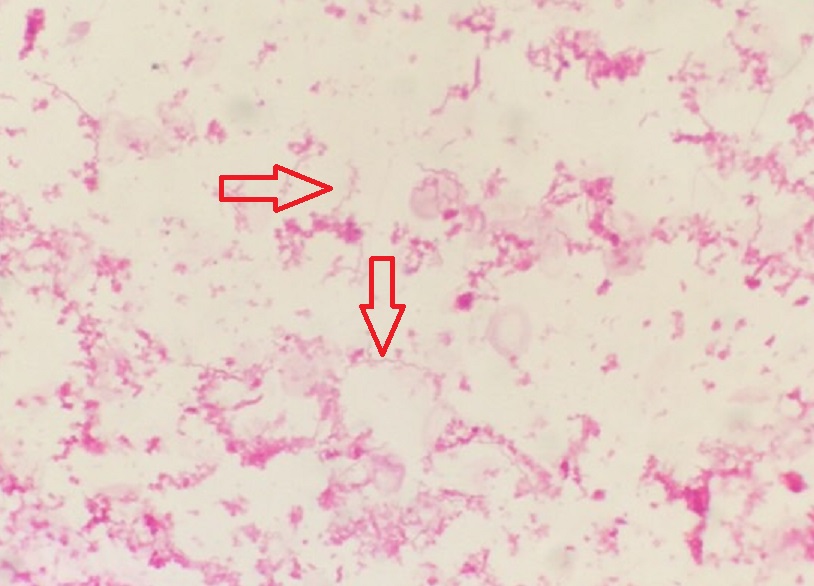 Cytolethal distending toxins (abbreviated CDTs) are a class of heterotrimeric toxins produced by certain gram-negative bacteria that display DNase activity. These toxins trigger G2/M cell cycle arrest in specific mammalian cell lines, leading to the enlarged or distended cells for which these toxins are named. Affected cells die by apoptosis.

Each toxin consists of three distinct subunits named alphabetically in the order that their coding genes appear in the cdt operon. Cytolethal distending toxins are classified as AB toxins, with an active ("A") subunit that directly damages DNA and a binding ("B") subunit that helps the toxin attach to the target cells. CdtB is the active subunit and a homolog to mammalian DNase I, whereas CdtA and CdtC make up the binding subunit.