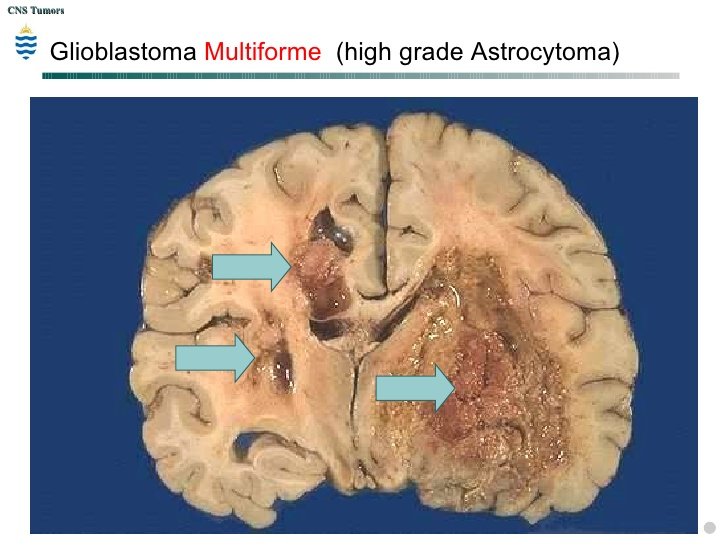 Glioblastoma, also known as glioblastoma multiforme (GBM), is the most aggressive form of brain cancer. Glioblastomas represent 15% of brain tumours. They can either start from normal brain cells or develop from an existing low-grade astrocytoma.

Without any form of treatment, survival is typically three months. It is the most common cancer that begins within the brain and the second most common brain tumour, after meningioma. About 3 per 100,000 people develop the disease a year.

We have a section on Brain tumours that covers symptoms and specifically causes and treatment, but we have added this description, as it is clear that much that is already known about causes appears to  have been buried  or is being ignored, and much that is known about treatment is not being used by conventional symptom based medicine.  Cures have been effected once the cause was known. 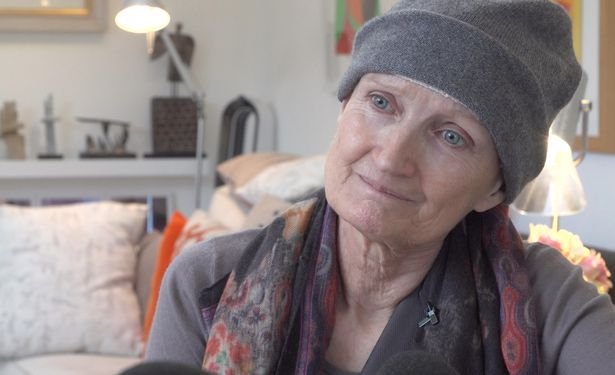 Initially, signs and symptoms of glioblastoma are non-specific. They may include headaches, personality changes, nausea, and symptoms similar to those of a stroke. Worsening of symptoms often is rapid. This may progress to unconsciousness.

The diagnosis typically is made by a combination of CT scan, MRI scan, and tissue biopsy.

The Children's Hospital Boston says that people with certain conditions that run in the family have a higher occurrence of glioblastoma multiforme brain tumors, suggesting that the pathogen causing the disease may be being passed on between mother and children, or is being caught from within the family. For example, glioblastoma multiforme brain tumors occur more frequently in families that have a history of colon cancer, tuberous sclerosis, Turcot's syndrome, neurofibromatosis and Li-Fraumeni syndrome.  As Herpes, SV40 and CMV appear to be causes, it may that these viruses can cause all these diseases.

Gord Downie died of glioblastoma on October 17, 2017, at the age of 53, he was a Canadian singer, musician, writer and activist and the lead singer and lyricist for the Canadian rock band The Tragically Hip. 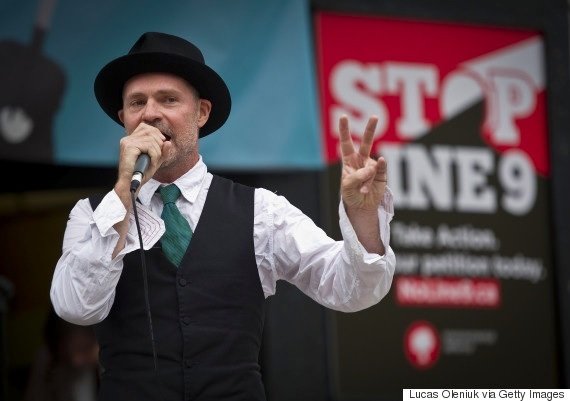 Generally speaking the blood brain barrier protects us from pathogens such as viruses, heavy metals, bacteria and so on, yet there seems to be evidence that Glioblastoma is caused by pathogens entering the brain.  This means that either the blood brain barrier has been destroyed, or the pathogen has entered via the very vulnerable olfactory organ – so for example a nasal spray delivering a virus that then enters the brain.  The BBB can be destroyed by a number of agents - methamphetamines, for example, are known to destroy this vital protecting barrier.

In the United States, methamphetamine hydrochloride, under the trade name Desoxyn, has been approved by the FDA for treating ADHD and obesity in both adults and children. 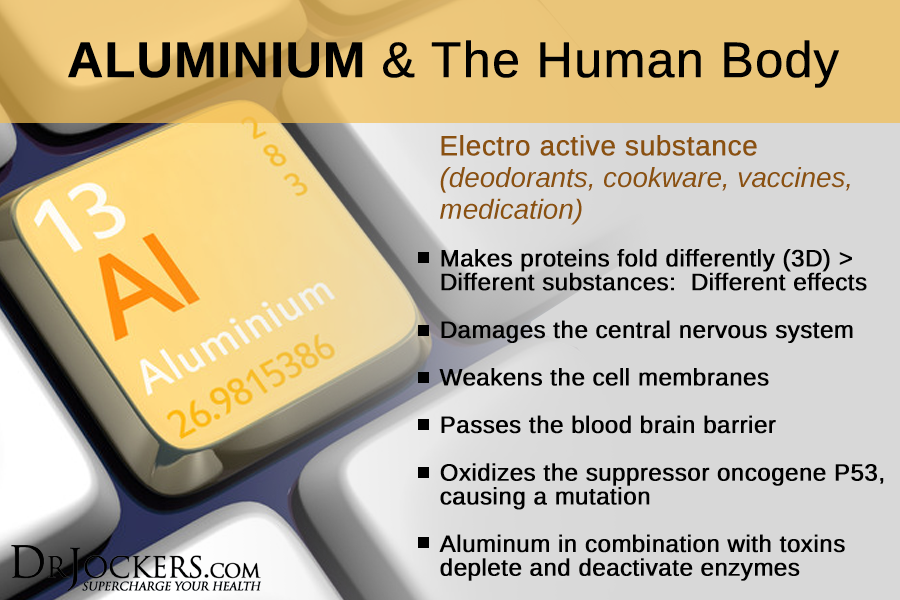 There is now adequate proof that vaccines that contain aluminium as the adjuvant can cause blood brain barrier destruction.  Aluminium is also contained in a number of over the counter pharmaceuticals such as antacids, - see aluminium poisoning – as such the start of the process of destruction may well have begun by a vaccination or a pharmaceutical.  See also List of vaccine ingredients

A considerable number of viruses have been recognised as being able to cause cancer in general, for example 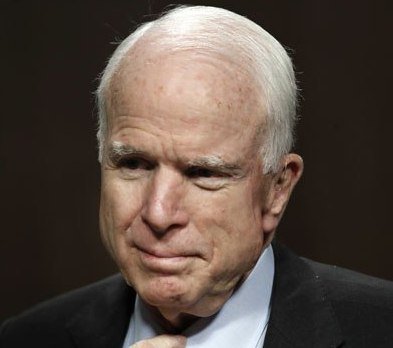 On July 14, 2017, John McCain underwent a craniotomy at
Mayo Clinic Hospital in Phoenix, Arizona, in order to remove
a blood clot above his left eye. Five days later, Mayo Clinic
doctors announced that the laboratory results from the
surgery confirmed the presence of a glioblastoma.
McCain is a survivor of previous cancers, including melanoma

It might be worth adding that between 1955 and 1963 around 90% of children and 60% of adults were inoculated with SV40-contaminated polio vaccines.

The Herpes family of viruses display ‘latency’, as does CMV [see below] as such one can catch them at any time of your life and they may lie low and reappear at some later time – for example at times of low immunity or when given immunosuppressants.

CMV and other viruses

The high incidence of and mortality from glioblastoma are matched by a lack of effective therapies. Previous research suggests an association between viral infection and glioma formation. We find that while a wide array of viruses can drive glioma tumor formation in vitro and in xenograft models, the most convincing association is with the human Cytomegalovirus (HCMV). Detection of HCMV in glioblastoma resected from living patients suggests it may either drive gliomagenesis, support tumor growth, or reactivate silently in these tumors. PMID:  28233187 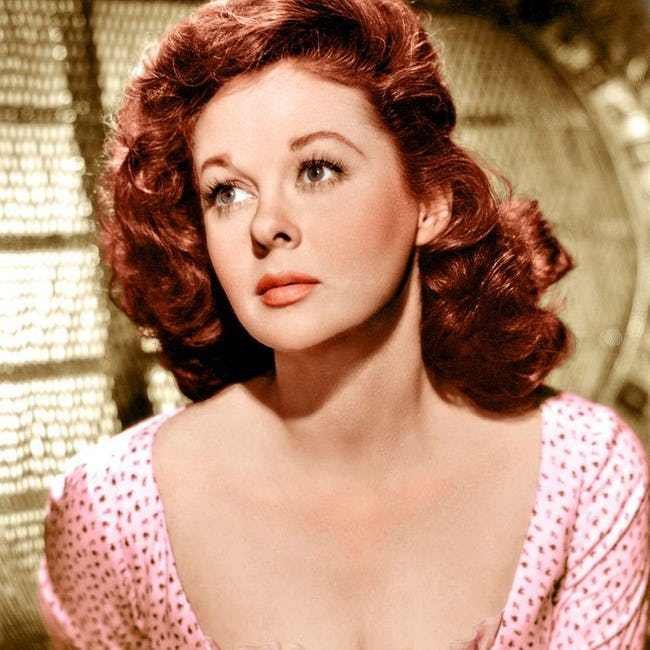 There is evidence that exposure to radiation –both wireless [near source exposure] and mobile phone radiation can cause brain tumours in general:

During recent years there has been increasing public concern on potential cancer risks from microwave emissions from wireless phones. We evaluated the scientific evidence for long-term mobile phone use and the association with certain tumors in case-control studies, mostly from the Hardell group in Sweden and the Interphone study group. ….. In summary our review yielded a consistent pattern of an increased risk for glioma and acoustic neuroma after >10 year mobile phone use. We conclude that current standard for exposure to microwaves during mobile phone use is not safe for long-term exposure and needs to be revised.  PMID:  19268551

Furthermore, people exposed to high doses of ionizing radiation directed at the brain, the type of radiation used in radiation therapy, may develop a glioblastoma multiforme.

Susan Hayward, the American actress and singer, died in 1975, aged 57, of Glastoblioma.  Hayward may have developed cancer from radioactive fallout from atmospheric atomic bomb tests while making The Conqueror with John Wayne in St. George, Utah. Several production members, as well as Wayne himself, Agnes Moorehead, Pedro Armendáriz, and its director Dick Powell, later succumbed to cancer and cancer-related illnesses. The cast and crew totalled 220 people. By the end of 1980, as ascertained by People, 91 of them had developed some form of cancer and 46 had died of the disease. 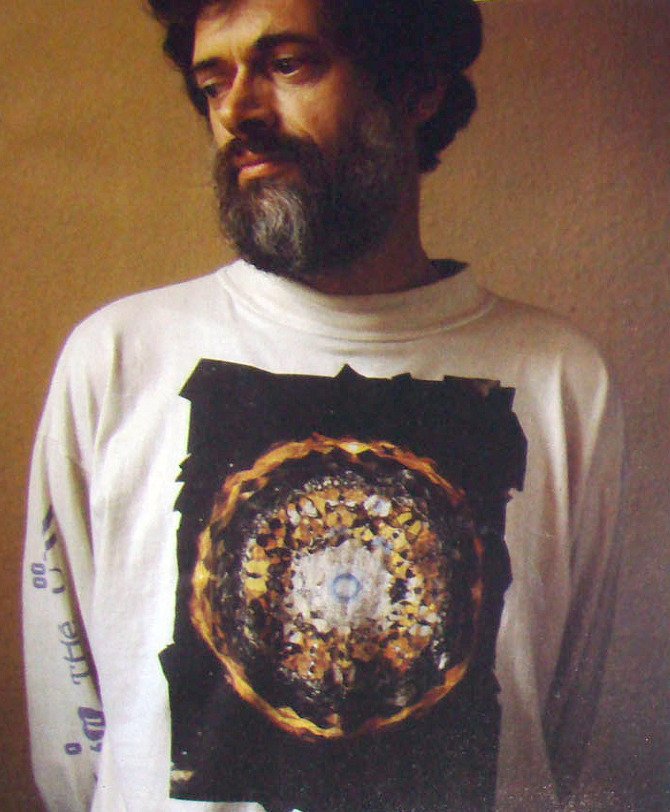 Terence McKenna died of Glioblastoma aged 53 - "Just being told by an
unsmiling guy in a white coat that you're going to be dead in four months
definitely turns on the lights."

A considerable number of toxins have been implicated in causing glioblastoma.  For example [VC is used to make PVC]

In 1974, vinyl chloride (VC) was first reported in the open scientific literature to induce angiosarcoma of the liver both in humans and in animals. Additional research has now demonstrated the carcinogenicity of VC to other organs and at lower concentrations. The target organs for VC now clearly include the liver, brain and the lung, and probably the lymphohematopoietic system. The evidence for a carcinogenic risk has been extended to jobs associated with poly(vinyl chloride) exposure. Cases of liver angiosarcoma have been reported among individuals employed in PVC fabrication facilities and an epidemiological study has demonstrated a significant association between exposure to PVC dust and the risk of lung cancer mortality. PMID: 6360677

And of course the inevitable pesticide and insecticide sprayed on fruit and vegetables.

To evaluate the risk of the adult glioma associated with farming and agricultural pesticide use, the authors conducted a population based case control study in eastern Nebraska. …. Unconditional logistic regression was used to calculate adjusted odds ratios (ORs) for farming and for use of individual and chemical classes of insecticides and herbicides, including pesticides classified as nitrosatable……..Among men, ever living or working on a farm and duration of farming were associated with significantly increased risks of glioma …. Specific pesticide families and individual pesticides were associated with significantly increased risks ….. ORs were significantly increased for the herbicides metribuzin  and paraquat and for the insecticides bufencarb, chlorpyrifos, and coumaphos [Occup Environ Med. 2005 Nov; 62(11): 786–792. doi:  10.1136/oem.2005.020230] 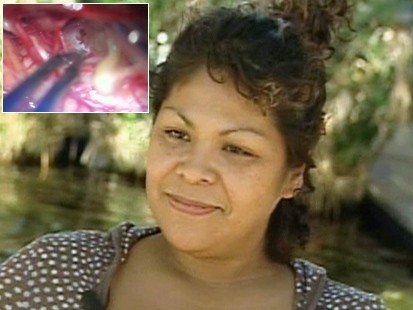 Parasites appear to be a relatively common cause.  Scientist, Dr. Alan B. Macdonald, has found Borrelia bergdorferi in five out of five GBM patients' brains he investigated.  More than one parasite is implicated, but this is just one example:

Neurocysticercosis (NC) is the most frequent and widespread human parasitic infection of the central nervous system (CNS). Glioblastoma multiforme (GBM) is a neoplasm of CNS in elderly population and may have a similar clinical and radiologic presentation as of NC……. Here we report a case in which glioma and cysticercosis appeared concomitantly, with continuing progression of low grade Glioma to high grade Glioma (GBM, WHO grade IV). [J Neurosci Rural Pract. 2013 Jan-Mar; 4(1): 67–69.  doi:  10.4103/0976-3147.105620]

The pork tapeworm parasite, a tapeworm called Taenia solium, causes Cystercercosis.  It actually appears to be quite a common cause - Rosemary Alvarez of Phoenix, 37, was first referred to the Barrow Neurological Institute at St. Joseph's Hospital and Medical Center in Phoenix with balance problems, difficulty swallowing and numbness in her left arm, she too had the parasite. Luckily it was removed very early.  But this then brings us on to the next cause.

Under normal circumstances the acid in our stomach and the flora in our intestines prevent parasites, viruses, fungi and bacteria getting into our blood stream and thus entering our organs, including the brain.  Antacids and proton Pump Inhibitors destroy stomach acid, thus enabling pathogens to enter the intestines leading to stomach problems.  Thereafter if the doctor then prescribes antibiotics, this destroys the intestinal flora and we have ‘leaky gut’.

In other words, vaccines can destroy the blood brain barrier enabling pathogens to enter the brain, and then use of antibiotics, antacids and PPIs then destroys our immunological protection system and the pathogens can enter the blood stream via the intestines and travel directly to the brain without hindrance. 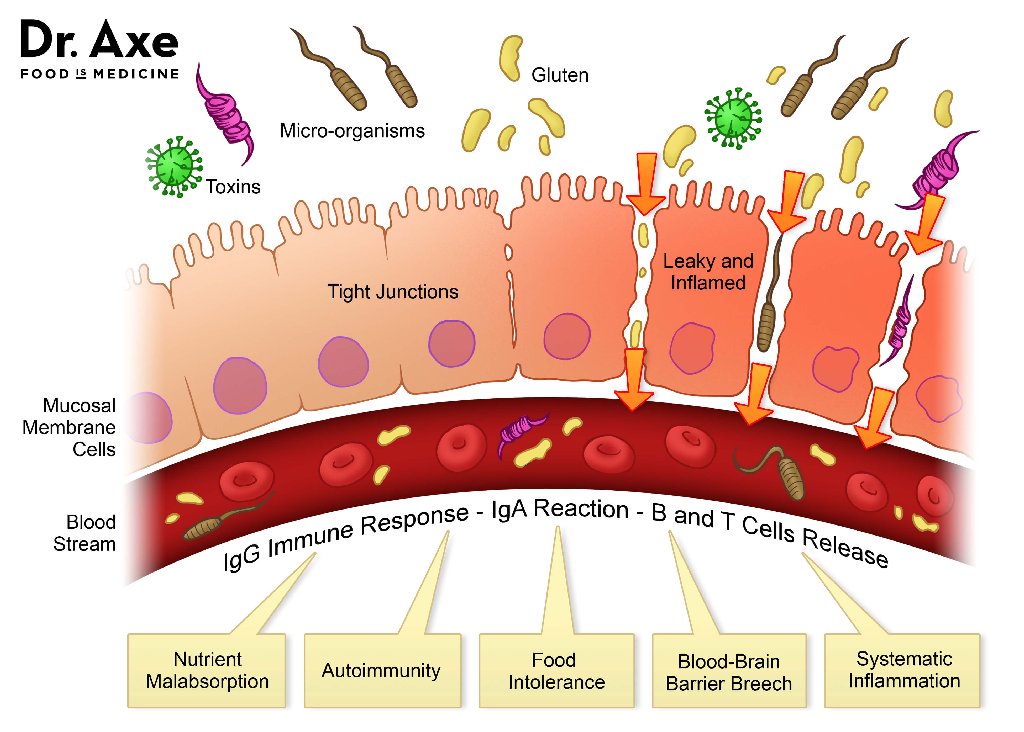 Conventional treatment usually involves surgery, after which chemotherapy and radiation therapy are used. High dose immunosuppressants may be used to ‘help reduce swelling and decrease symptoms’.  This of course is less than helpful, given that the cause is not known.  The immune system is all that you have against whatever pathogen is causing the cancer, as such to suppress the immune system is frankly luidicrous.

And as one would expect, according to Wikipedia “Despite maximum treatment, the cancer usually recurs.”   The most common length of survival usimg symptom based medicine following diagnosis is 12 to 15 months, with fewer than 3% to 5% of people surviving longer than five years.

Find the cause, treat the cause.  Metagenomic testing can be used to identify pathogens, we have also added an observation that indicates that homeopathy offers a treatment solution to some people.  Other healing solutions have also been included.