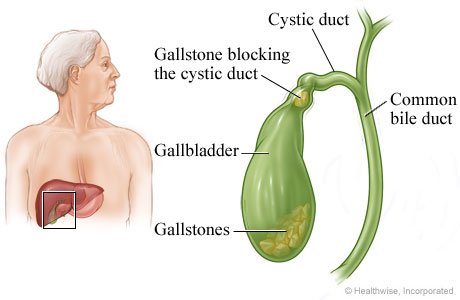 In the developed world, 10–15% of adults have gallstones.

Most people with gallstones (about 80%) never have symptoms. But those that do, often get them when the stone is being passed through the cystic duct and perhaps gets stuck.  The pain in this case is excruciating, somewhat like being stabbed.  The pain comes in waves, as opposed to being constant and is due in some cases to the frequency of contractions that the body is making to expel the stone. 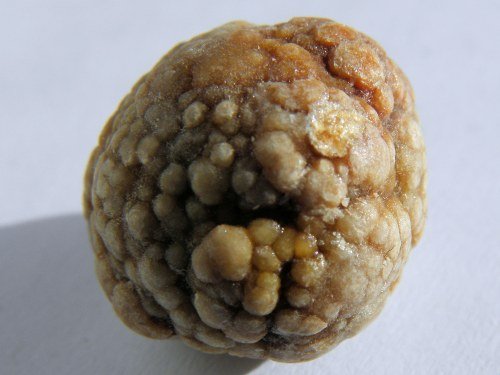 Gallstones are typically formed from either cholesterol or bilirubin.  The cause incidentally is not cholesterol or even high cholesterol, it is more often due to undigested food particles which have found their way into the intestine as a result of:

In the latter case, the 'flight or fight' response has a distinct action which sends the blood and energy supplies we need to the peripheral parts of our body, and our brain, in order that we can 'fight or fly' effectively.  This diverts the energy supplies and blood from the stomach and it effectively stops working.

If we sit at our desks without a break, for example, under pressure, and eat a hasty sandwich, our stomach won't actually be working, and we will get indigestion.  If we then compound the problem by taking antacids, in the false belief that the pain is caused by too much acid - when the reality is we haven't enough - the end result will be undigested food sitting heavily in the stomach, which may well eventually pass through into the intestines.  From there it might work its way into the gall bladder.

Although a frequent cause, however, this is not the only cause.  For the other causes in context,  please follow the link to the section on Gall bladder disease. 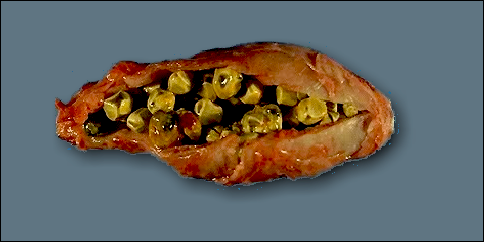