Free fall is defined as “any motion of a body where its weight is the only force acting upon it”. The term actually covers all sorts of free fall – the moon, for example, is in free fall, but for the purposes of the site I am using the term to only cover the free falling of a person. Thus, falling through an atmosphere without a deployed parachute, would be termed free fall in this context.

And depending on the length of the fall, the circumstances and height from which the person fell, it can produce spiritual experiences including out of body experiences. 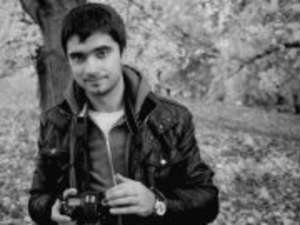 According to the Guinness Book of Records, Eugene Andreev (USSR) holds the official FAI record for the longest free-fall parachute jump after falling for 24,500 metres (80,400 ft) from an altitude of 25,458 metres (83,524 ft) near the city of Saratov, Russia on November 1, 1962. Although later jumpers would ascend higher altitudes, Andreev's record was set without the use of a drogue chute during the jump and therefore remains the longest genuine free fall record.

During the late 1950s, Captain Joseph Kittinger made a series of three parachute jumps wearing a pressurized suit, from a helium balloon with an open gondola. The first, from 76,400 feet (23,290 m) in November, 1959 was a near tragedy when an equipment malfunction caused him to lose consciousness, but the automatic parachute saved him (he went into a flat spin at a rotational velocity of 120 rpm; the g-force at his extremities was calculated to be over 22 times that of gravity, setting another record).

It can work from Overwhelming fear and terror, it can also work via the Hypoxia of high altitude free falling.