Falling from a great height 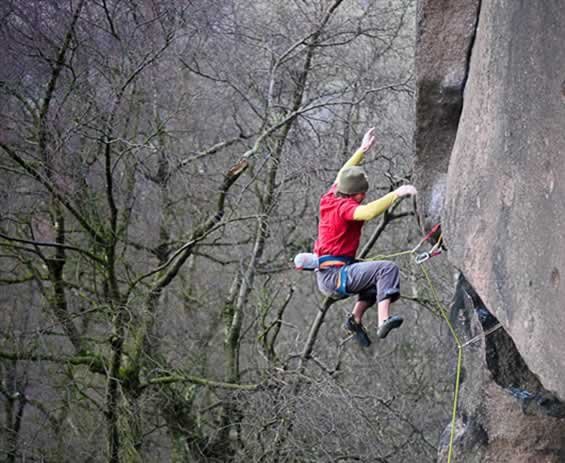 You may fall from a cliff, from a high building, from a plane, from the top of a mountain, from a bridge. It does not matter what you fall from as long as it is high and there is nothing you can do about it.

And it can produce spiritual experiences.

It is somewhat remarkable just what people can survive.

JAT stewardess Vesna Vulović survived a fall of 33,000 feet (10,000 m)[8] on January 26, 1972 when she was aboard JAT Flight 367. The plane was brought down by explosives over Srbská Kamenice in the former Czechoslovakia (now the Czech Republic). The Serbian stewardess suffered a broken skull, three broken vertebrae (one crushed completely), and was in a coma for 27 days. In an interview she commented that, according to the man who found her, "...I was in the middle part of the plane. I was found with my head down and my colleague on top of me. One part of my body with my leg was in the plane and my head was out of the plane. A catering trolley was pinned against my spine and kept me in the plane. The man who found me, says I was very lucky. He was in the German Army as a medic during World War Two. He knew how to treat me at the site of the accident."

Juliane Koepcke survived a long free fall resulting from the December 24, 1971, crash of LANSA Flight 508 (a LANSA Lockheed Electra OB-R-941 commercial airliner) in the Peruvian rainforest. The airplane was struck by lightning during a severe thunderstorm and exploded in mid air, disintegrating two miles up. Köpcke, who was 17 years old at the time, fell to earth still strapped into her seat. The German Peruvian teenager survived the fall with only a broken collarbone, a gash to her right arm, and her right eye swollen shut.

In October 1985, 11 year old Cindy Mosey survived a free fall of between three and five hundred feet into the sea from an Air Albatross Cessna 402B, which disintegrated in mid-flight after hitting a high voltage electricity transmission line spanning the Tory Channel in New Zealand's Marlborough Sounds. She was the sole survivor of the accident which killed eight people including all of her family. She went on to a successful career as an international kite-surfer.

Easy one this - overwhelming fear and terror

If the person is also at high altitude a contribution may be made by hypoxia.