Epidural or extradural hematoma (haematoma) is a type of traumatic brain injury (TBI) in which a buildup of blood occurs between the dura mater (the tough outer membrane of the central nervous system) and the skull. The dura mater also covers the spine, so epidural bleeds occur in the spinal column. 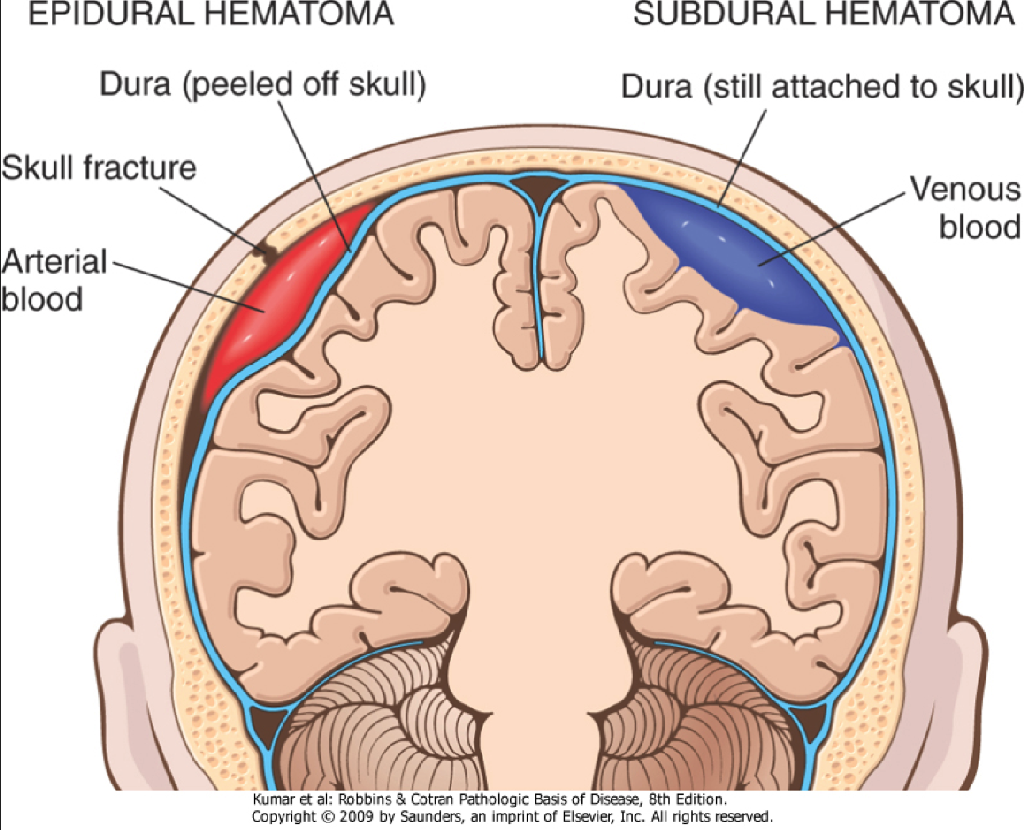 The condition is potentially deadly because the buildup of blood may increase pressure in the intracranial space and compress delicate brain tissue.

Epidural bleeds occur outside of the brain tissue.  After the epidural hematoma begins collecting, it starts to compress intracranial structures. This can be seen in the physical examination as a fixed and dilated pupil on the side of the injury.  Other manifestations include: weakness of the extremities on the same side as the lesion and  loss of visual field opposite to the side of the lesion.

The most feared event that takes place is respiratory arrest as the medullary structures are compromised.

Epidural bleeding is rapid because it is usually from arteries, which are high pressure. Epidural bleeds from arteries can grow until they reach their peak size at six to eight hours post injury, spilling from 25 to 75 cubic centimeters of blood into the intracranial space.   As the hematoma expands, it strips the dura from the inside of the skull, causing an intense headache. Epidural bleeds can become large and raise intracranial pressure, causing the brain to shift, lose blood supply, or be crushed against the skull. Larger hematomas cause more damage. Epidural bleeds can quickly expand and compress the brain stem. 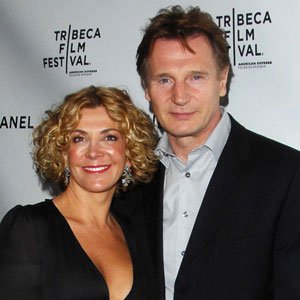 The most common cause of intracranial epidural hematoma is traumatic, although spontaneous hemorrhage is known to occur.

The condition is present in one to three percent of head injuries.   Between 15 and 20% of patients with epidural hematomas die of the injury.

Hemorrhages commonly result from acceleration-deceleration trauma and transverse forces.  10% of epidural bleeds may be venous,  due to shearing injury from rotational forces. Epidural hematoma commonly results from a blow to the side of the head.

Epidural hematoma is usually found on the same side of the brain that was impacted by the blow, but on very rare occasions it can be due to a contrecoup injury.  Clearly motor accidents can be a cause of such blows, but sporting injuries have been known to result in this injury, and falls.

On March 18, 2009, actress Natasha Richardson died as a result of an epidural hematoma sustained two days earlier while skiing in Mont-Tremblant, Québec, Canada. Like many patients, she had a lucid interval where she did not exhibit any symptoms until approximately an hour after her fall when she complained of a headache. By the time she reached medical care, the hematoma had already caused significant damage. 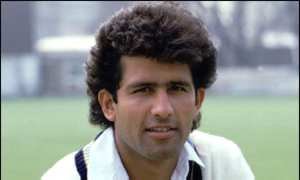 Raman Lamba died after three days in a coma

On February 20, 1998, 38 year-old Indian cricketer Raman Lamba was hit on the head by a cricket ball while fielding without a helmet. Although Lamba walked off the field and the injury did not appear to be serious at the time, he succumbed to internal hemorrhage three days later.

On April 17, 2003, at age 72, Dr. Robert Atkins, creator of the Atkins diet, slipped on the ice while walking to work, hitting his head and causing bleeding around his brain. He lost consciousness on the way to the hospital, where he spent two weeks in intensive care. His death certificate states that the cause of death was "blunt impact injury of head with epidural hematoma". 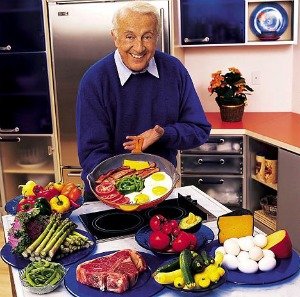 There is no one simple mechanism by which epidural hematoma produces a spiritual experience, although it is commonly an out of body experience, occasionally a near death experience.

It can work via hypoxia  - simply depriving various parts of the brain of oxygen, but epidural hematoma puts pressure on the spinal column and here I think we have the reason for the very specific spiritual experiences obtained from victims of this condition -  Brain damage.

Superficially the seat of the dream cycles and the sleep wake cycle  appears to be the reticular formation – see Brain and its functions.  And I think that pressure on this area causes the dream function to be triggered.   It would appear that the forces from the increasing blood pressure disrupt the normal cellular activities in the reticular activating system, and that this disruption either produces the complete loss of consciousness often seen in this form of injury, or it produces just enough disruption to produce a spiritual experience.  There is clearly a rather thin dividing line between the two.

Being in a coma produces its own type of experience too.