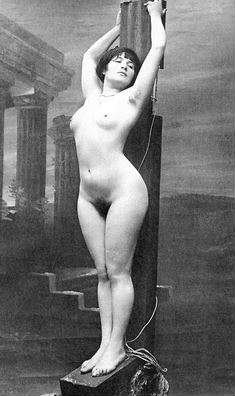 Electric shock of a human body with any source of electricity is one that causes a current to flow through the skin, muscles or hair. Typically, the expression is used to denote an unwanted exposure to electricity – a shock -  “hence the effects are considered undesirable”!  And electric shocks can cause in certain circumstances, spiritual experiences. 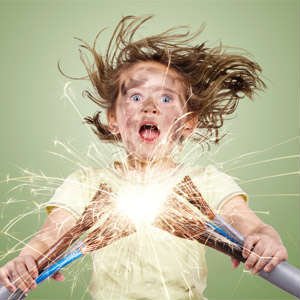 The current has an entry and an exit point via the skin.   The passage of the current is however, not in a straight line.

If the voltage is less than 200 V, then the stratum corneum is the main contributor to the impedance of the body when the current passes between two contact points on the skin. If the voltage is above 450–600 V, then dielectric breakdown of the skin occurs. 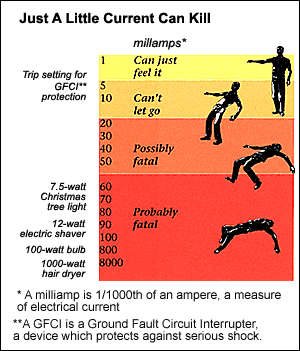 Generally speaking severe electric shocks cause burns, unconsciousness or coma.  They can blind you, or make you permanently deaf, they can stop the heart and cause death.  Heating due to resistance can cause extensive and deep burns. More electrical workers die from burns than from an electric shock. In fact, only around 20% of deaths are the result of electric shock. 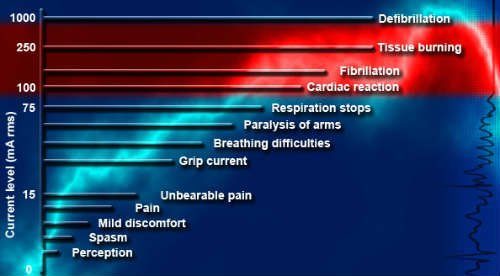 The current may, if it is high enough, cause fibrillation which leads to cardiac arrest - 60 mA of AC (rms, 60 Hz) or 300–500 mA of DC can cause fibrillation.  A sustained electric shock from AC at 120 V, 60 Hz is an especially dangerous source of ventricular fibrillation because it usually exceeds the ‘let-go threshold’, while not delivering enough initial energy to propel the person away from the source.  A domestic power supply voltage (110 or 230 V), 50 or 60 Hz AC current through the chest for a fraction of a second may induce ventricular fibrillation at currents as low as 60 mA. With DC, 300 to 500 mA is required.

So in general an electric shock is, as it were, not good news!  But in some rare cases it can also give you a spiritual experience.  Generally speaking it would seem that anyone given a massive electric shock is simply lucky to come out of it alive, but shocks of very short duration are far more effective at producing an experience, particularly from pulsed AC current.

Stimulation via Resonance of very high intensity.  The person is receiving extremely high intensity stimulation of the brain as a whole – electric shocks are somewhat indiscriminate in their choice of brain cells and body cells.  Thus all the areas that, if highly stimulated, produce a spiritual experience are stimulated.  If the spiritual experience continues,  it indicates that there has been Brain damage 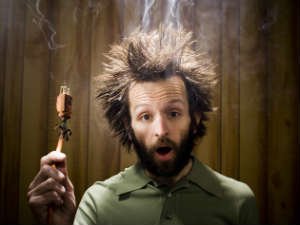 Electric shock can cause  near death experiences, out of body experiences or just hallucinations.