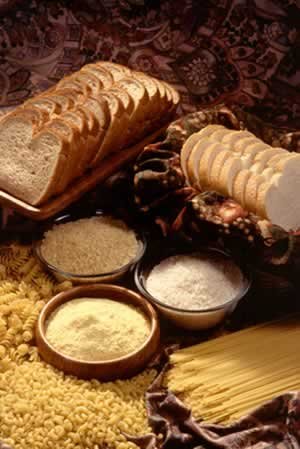 Folic acid is used in the body to help cell division and growth.  Since the discovery of a link between seriously depleted  folic acid levels and neural tube defects in babies, governments and health organizations worldwide have made recommendations concerning folic acid supplementation for women intending to become pregnant.

This supplementation is totally unecessary if the woman concerned eats properly with fruit, leafy green vegetables, yoghurt, legumes, eggs,  liver, kidneys and the other sources of folic acid.

But governments being governments, and doctors being doctors,  instead of saying 'eat properly', they have advocated the introduction in many countries of fortification, where folic acid is added to flour.

"In the 1960, experts in the USA first linked folate deficiency to neural tube defects in babies. In the late 1990s, US scientists realized, despite the availability of folate in foods, there was still a challenge for people [in the USA] to meet their daily folate requirements, which is when the US implemented the folate fortification program"

Unfortunately the moment you add folic acid to flour, for those of us already eating a perfectly acceptable level of folic acid, you immediately place them – the healthy eaters in other words – at risk from overdose from folic acid and unknowing overdose, because few of us realise that our food is being tampered with in this way.

Overdosing on folic acid has a number of very serious consequences and, although the link is tenuous it appears to produce hallucinations in those who have had their brains and bodies damaged by overdose.

Folic acid used in fortified foods is a synthetic form called pteroylmonoglutamate.  It is in its oxidized state and contains only one conjugated glutamate residue. Folic acid therefore enters via a different carrier system from naturally occurring folate, and this may have different effects on folate binding proteins and its transporters. Folic acid also has a higher bioavailability than natural folates and is rapidly absorbed across the intestine, this means it is much much easier to overdose.

"The fortification program in Canada was estimated to raise a person’s folic acid intake level by 70–130 µg/day, however an increase of almost double that amount was actually observed. This could be from the fact that many foods are over fortified by 160–175% the predicted value. In addition, much of the elderly population take supplements that adds 400µg to their daily folic acid intake. This is a concern because 70–80% of the population have detectable levels of unmetabolized folic acid in their blood and high intakes can accelerate the growth of preneoplasmic lesions"

Both the USA and Canada fortify flour.  Folic acid food fortification became mandatory in Canada in 1998, with the fortification of 150µg of folic acid per 100?grams of enriched flour and uncooked cereal grains.

In 1996, the United States Food and Drug Administration (FDA) published regulations requiring the addition of folic acid to enriched breads, cereals, flours, corn meals, pastas, rice, and other grain products. Note this - not just bread.  This ruling took effect on January 1, 1998.  As a result of the folic acid fortification program, fortified foods have become a major source of folic acid in the American diet. Approximately 53% of the US population uses dietary supplements and 35% uses dietary supplements containing folic acid, a such the risk over over-dose is high.

A number of other countries also fortify their flour, some Middle Eastern countries and Indonesia, Mongolia and a number of former Soviet republics.  About five other countries (including Morocco, the first African country) have ‘agreed’, but not yet implemented, fortification [which implies, does it not, that they are being put under pressure to do so from the USA]. To date, no EU country has yet mandated fortification, but on the other hand they haven't stopped it either and as the EU countries buy American flour and we also import american food - rice, pasta and so on, we get it anyway.  The UK Food Standards Agency has even 'recommended it'.  New Zealand appears to be dead against it, stating that it was 'forced mass medication' and against civil liberties, Australia is fortifying flour.

If we summarise this, because doctors found that a few women in the USA who did not eat properly to start with or who were morbidly obese [folic acid is low in the morbidly obese] produced deformed babies, the entire world is now being overdosed on folic acid.

So we all need to go to live in New Zealand or stop eating cereals, muesli, bread , rice, pasta and all consumer products that have flour in them [this is a sort of joke, but it isn't funny really] or better still, grow our own vegetables and eat our own potatoes instead.

Excess folic acid appears to have the following side effects.  For those wanting proof I would refer them to Pubmed which has plenty of papers on this 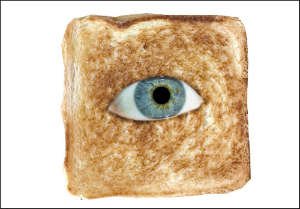