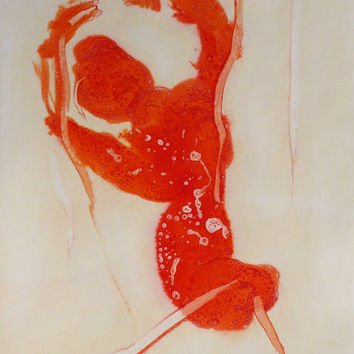 Chlamydia infection is one of the most common sexually transmitted infections worldwide.  It is a major cause of human genital and eye disease.

Globally, as of 2010, sexually transmitted chlamydia affects approximately 215 million people (3.1% of the population). It is more common in women (3.8%) than men (2.5%). In 2010 it resulted in about 1,200 deaths, down from 1,500 in 1990.  CDC estimates that there are approximately 2.8 million new cases of chlamydia in the United States each year and that it affects around 2% of young people in that country. Chlamydial infection is the most common bacterial sexually transmitted infection in the UK.

Chlamydial infection is asymptomatic for 50–70% of women infected with the disease. In those women who do have symptoms, there may be abnormal vaginal bleeding or discharge, abdominal pain, painful sexual intercourse, fever, painful urination or the urge to urinate more often than usual (urinary urgency).

In men, the disease can also be asymptomatic.  Those with a chlamydial infection show symptoms of infectious inflammation of the urethra in about 50% of cases. Symptoms that may occur include: a painful or burning sensation when urinating, an unusual discharge from the penis, testicular pain or swelling, and fever.

Long-term cohort studies indicate that approximately 50% of those infected clear within a year, 80% within two years, and 90% within three years.  This assumes the immune system is not compromised in any way.

Genital Chlamydia trachomatis (CT) infections have been identified as a major health problem concern. CT is associated with adverse effect on women reproduction and also associated with cervical hypertrophy and induction of squamous metaplasia, providing a possible relationship with human papillomavirus (HPV) infection. Infection by high-risk HPV types is crucial to the pathogenesis of invasive cervical cancer (ICC), but other co-variants/cofactors must be present for the development of malignancy. CT biological effect may damage the mucosal barrier, improving HPV infection, or may interfere in immune response and viral clearance supporting the persistence of HPV infection. . Although several epidemiological studies have stated a positive association involving CT and HPV-related cervical neoplastic lesions and/or cervical cancer (CC), the specific role of this bacterium in the pathogenesis of cervical neoplasia has not been completely clarified. PMID:  24346121 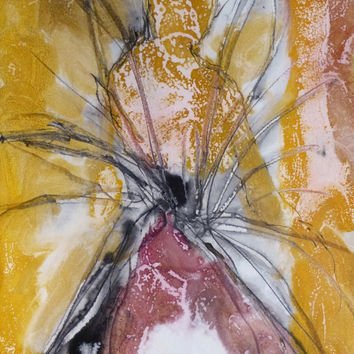 If the fetus survives, as many as half of all infants born to mothers with chlamydia will be born with the disease.  Immunocompromised patients, those who have been unwisely placed on immunosuppressants and the elderly may also suffer.  In chronic infection with the bacteria, infection can spread to the lungs and caused illnesses such as pneumonitis.

The present study shows the probable intrauterine infection with Chlamydia trachomatis in a premature infant born in the 29th week of gestation. Chlamydiae were isolated from lung tissue collected at sterile autopsy and also demonstrated in sections of such tissue by immunofluorescence tests using monoclonal antibodies.  PMID:  6464746

Chlamydia conjunctivitis or trachoma was once the most important cause of blindness worldwide, but its role diminished from 15% of blindness cases by trachoma in 1995 to 3.6% in 2002.

As many as half of all infants born to mothers with chlamydia will be born with the disease; they may also be born with conjunctivitis, which may lead to blindness. Conjunctivitis due to chlamydia typically occurs one week after birth.

Chlamydia can cause spontaneous abortion; and premature birth.

Chlamydia may also cause arthritis.  This may occur in the long term due to the problems of latent infection or may be almost immediate.

About 15,000 men develop reactive [immediate] arthritis due to chlamydia infection each year in the U.S., and about 5,000 are permanently affected by it. It can occur in both sexes, though is more common in men.

To find out the association of genital Chlamydia trachomatis infection with female infertility …... 40 infertile and 40 pregnant women were enrolled by purposive sampling as per inclusion and exclusion criteria. ELISA test was performed to detect serum IgG and IgA antibody ……. Conclusion : Persistent C. trachomatis infection must be recognized as a risk factor of infertility in this region of India.  PMID:  26464610 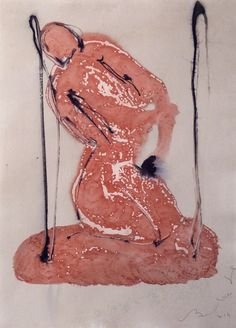 Chlamydial infection affects the neck of the womb (cervicitis). Of those who have undiagnosed or untreated infection, approximately half will develop pelvic inflammatory disease (PID), a generic term for infection of the uterus, fallopian tubes, and/or ovaries. PID can cause scarring inside the reproductive organs, which can later cause serious complications, including chronic pelvic pain, difficulty becoming pregnant, ectopic (tubal) pregnancy, and other dangerous complications of pregnancy.

If left untreated, chlamydia in men can spread to the testicles causing epididymitis. Chlamydia is also a potential cause of prostatic inflammation in men, although the exact relevance in prostatitis is difficult to ascertain due to possible contamination from urethritis.

C. trachomatis is naturally found living only inside human cells. Chlamydiae in general have the ability to establish long-term associations with host cells. When an infected host cell is starved for various nutrients such as amino acids (for example, tryptophan), iron, or vitamins, this has a negative consequence for Chlamydiae since the organism is dependent on the host cell for these nutrients.

Chlamydiae are not dissimilar in their approach to host cells as some viruses and they too can become ‘latent’.  In other words if conditions for them deteriorate they enter a ‘persistent growth state’ where they remain viable, but lie low.  They are capable of returning to a normal growth state once conditions in the host cell improve.

Chlamydial persistence is a reversible state generated during conditions deleterious to growth. In persistence, Chlamydia trachomatis remains viable but atypical, with an enlarged, aberrant form and quiescent metabolism. It favours chronic chlamydiosis, leading to serious sequelae. Although the mechanism of persistence formation is still unknown, more reliable molecular approaches tend to confirm that its occurs in vivo, even lasting 3 years. …... …At the immunological level, persistence reveals the failure of host-defence mechanisms because of reduced or suppressed pro-inflammatory or cytotoxic responses. PMID:  16338585

In effect, just like latent viruses, the immune system cannot spot the bacteria is there and thus it can spring up at times of low host immunity but adequate bacterial nutrients.

Our earlier research revealed that despite rigorous treatment with antibiotics together with various drug uptake enhancement techniques, subjects who had been treated for Chlamydia trachomatis infections, seemingly successfully with disappearance of their symptoms, were often experiencing recurrences within several months after completion of their treatment despite taking precautions against reinfection. Careful examination of the entire body of these symptom-free patients with the Bi-Digital O-Ring Test revealed that the Chlamydia trachomatis had retreated to 3 approximately 5 hiding places with localized increase in uric acid levels:

2) a small round area in the right and/or left axillae,

4) Insulin-like Growth Factor positive horizontal lines, particularly above and below the knees,

5) the maxillary, ethmoid and frontal sinuses and the horizontal lines at the base of the nostrils (particularly small areas where Insulin-like Growth Factors exist).

We found that all these areas contain Insulin-like Growth Factors I & II which are reduced in the presence of infection. Even when drug uptake of antibiotics was selectively increased in these 3 approximately 5 areas by various drug uptake enhancement methods developed by the 1st author, still the infection persisted.  PMID:  8686573

This may be antibiotic resistance but it may also be persistance.

The infection can be spread from eye to eye by fingers, shared towels or cloths, coughing and sneezing and eye-seeking flies.

Wikipedia
Nucleic acid amplification tests (NAAT), such as polymerase chain reaction (PCR), transcription mediated amplification (TMA), and the DNA strand displacement amplification (SDA) now are the mainstays. NAAT for chlamydia may be performed on swab specimens sampled from the cervix (women) or urethra (men), on self-collected vaginal swabs, or on voided urine. NAAT has been estimated to have a sensitivity of approximately 90% and a specificity of approximately 99%, regardless of sampling from a cervical swab or by urine specimen.

Screening is recommended in those under 25 and others at risk of infection for both men and women.

The standard treatment for Chlamydia has been antibiotics, but the rather bullish statements one sees about treatment using antibiotics is also accompanied, in those papers where more research has been done, with a note of considerable concern.

It is known that at least one class of antibiotics - the β-lactams - can induce a persistent-like growth state.  In other words they can turn an infection into a chronic one.

The World Health Organization has set itself the target of  global elimination of trachoma by 2020 (GET 2020 initiative), using the 'SAFE' strategy which is an acronym for surgery for in-growing or in-turned lashes, antibiotics, facial cleanliness, and environmental improvements.  Unfortunately the use of antibiotics appears to be contributing to other problems: 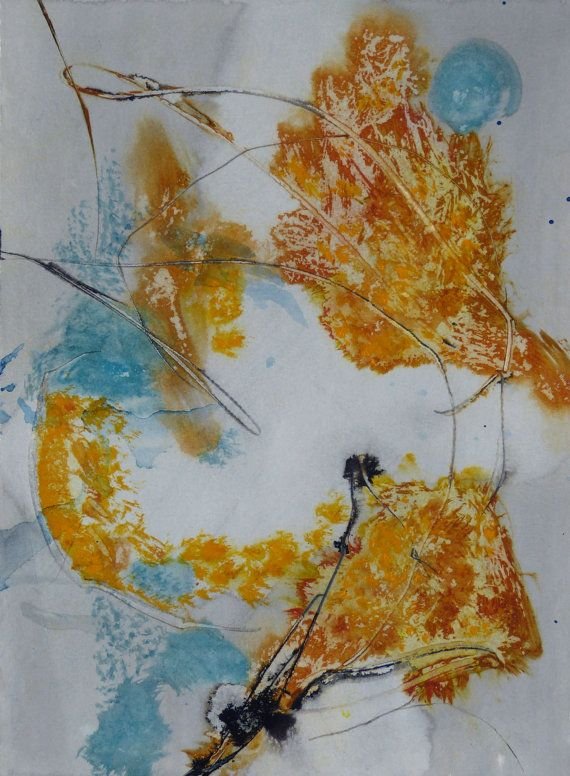 Trachoma is caused by Chlamydia trachomatis and is a leading cause of blindness worldwide. Mass distribution of azithromycin (AZM) is part of the strategy for the global elimination of blinding trachoma by 2020. Although resistance to AZM in C. trachomatis has not been reported, there have been concerns about resistance in other organisms when AZM is administered in community settings.
We identified studies that measured pneumococcal prevalence and resistance to AZM following mass AZM provision reported up to 2013 in Medline and Web of Science databases.
Potential sources of bias were assessed using the Cochrane Risk of Bias Tool. A total of 45 records were screened, of which 8 met the inclusion criteria.
We identified two distinct trends of resistance prevalence, which are dependent on frequency of AZM provision and baseline prevalence of resistance. We also demonstrated strong correlation between the prevalence of resistance at baseline and at 2-3 months (r = 0.759).
Although resistance to AZM in C. trachomatis has not been reported, resistance to this commonly used macrolide antibiotic in other diseases could compromise treatment. This should be considered when planning long-term trachoma control strategies. PMID:  26557143

The observations provide other treatment options and will be added to as more are found.

We do not know who the paintings are by.  We will be happy to credit the painter, just as we have done on other pages, if he/she can be identified.