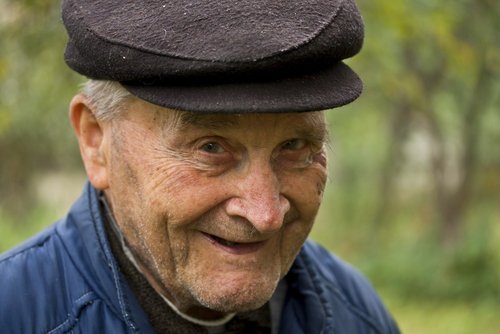 Boron deficiency can cause ageing, but as all the pictures show, there is a
dignity and grace about ageing which should never be overlooked

Boron is an essential mineral in the reproductive system with boron, estrogen, testosterone/androgen and cholesterol all being a part of a key set of chemicals that not only determines reproductive system health, but bodily health as a whole.  The section on boron explains why.

But it is only needed in trace amounts for us to function and in general we can obtain enough boron from our food.

Plants grown on soil that has adequate boron in it, will themselves contain boron and since plants grown on boron poor soils do not thrive, the plants we eat, as long as they are healthy plants, should provide us with an adequate supply – assuming we eat plants! [one of the causes of boron imbalance is an imbalanced diet].

First, however, we need to look at what imbalance actually is – both boron overload and deficiency. 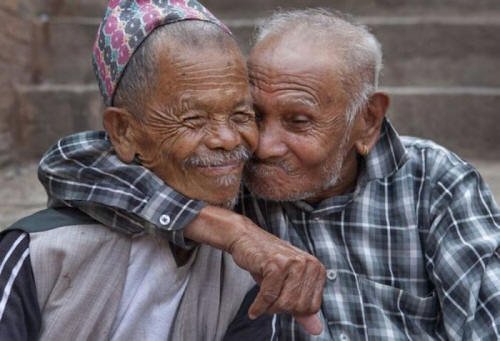 There is no clear definition [as yet] as to what constitutes overload or deficiency in boron.  It is known that the LD50 (dose at which there is 50% mortality) for animals is about 6 g per kg of body weight. The minimum lethal dose for humans has not been established. An intake of 4 g/day of boric acid was reported ‘without incident’, but this is somewhat meaningless as it is the long term effect that we should be more worried about.  An intake of 4 g/day of boric acid would be defined as overload, we simply do not need this much boron - unless of course we are really deficient!

So there is no definition, but we do have an idea of some of the effects of imbalance.

The effects of deficiency are much better defined than those of overload. 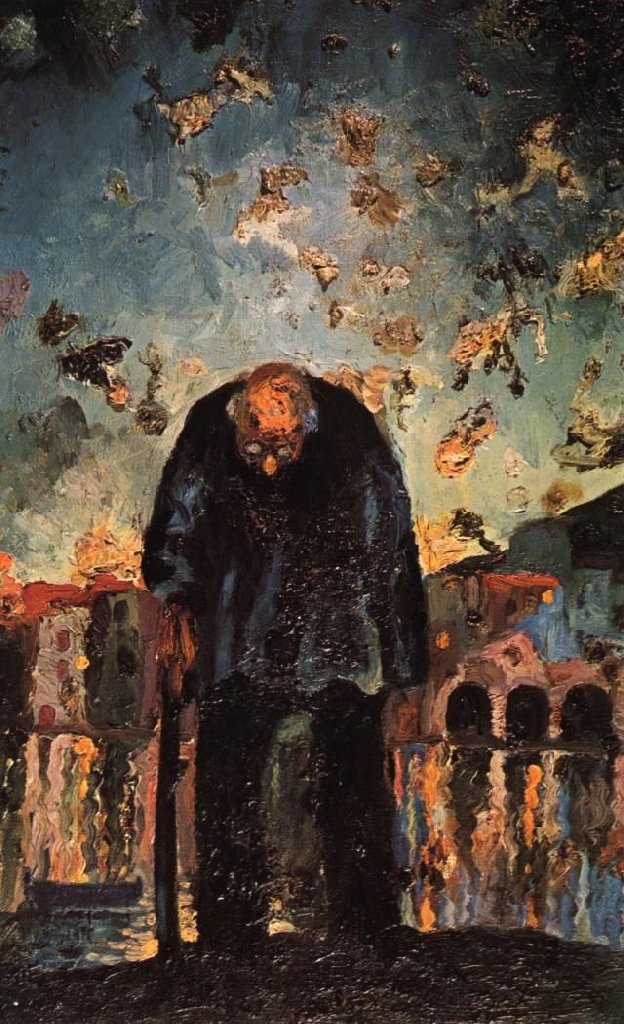 Osteoporosis and other bone problems - There is an inter-dependent mechanism at work between the three minerals boron, calcium and magnesium in bone formation.  Changes in dietary boron and magnesium affect calcium, and thus bone, metabolism in both animals and humans. Any deficiency in one appears to have a knock-on effect in the others.  Thus the need for boron is enhanced if there is magnesium deficiency and a combined deficiency of boron and magnesium causes detrimental changes in the bones of all animals.

Because boron and/or magnesium deprivation causes changes similar to those seen in women with postmenopausal osteoporosis, these elements are apparently needed for optimal calcium metabolism and are thus needed to prevent the excessive bone loss which often occurs in postmenopausal women and older men.  PMID:  2222801 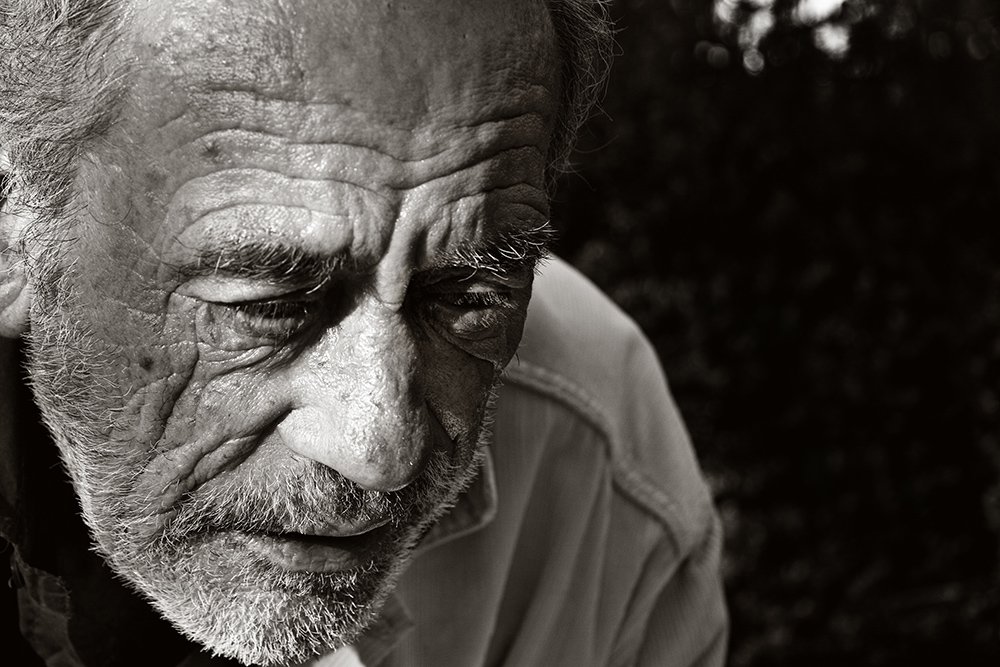 Depression, anxiety and psychosis – all of which are linked to inadequate hormone levels

Dental problems – teeth are made from the minerals described above, thus anything that might result in osteoporosis can also lead to dental problems. 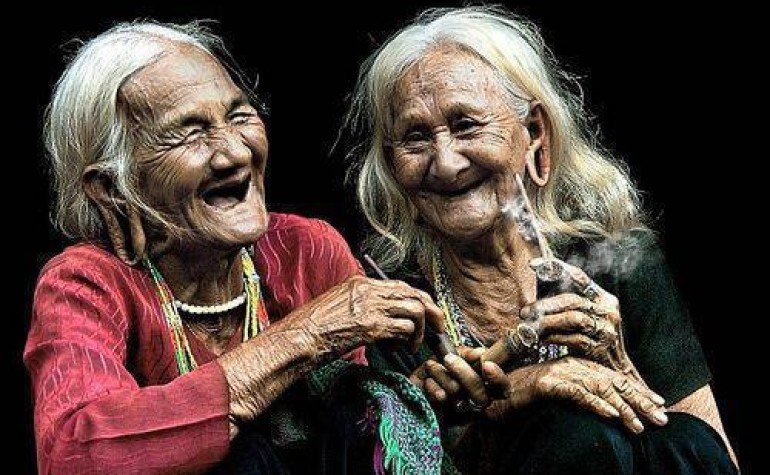 Estrogen imbalance –In general, in addition to the problems described above,  it will result in estrogen deficiency which itself causes:

‘Ageing’ – there is no other word to describe the overall effects on the body as the skin will deteriorate, the hair lose its strength and lustre, the muscles their strength, the mind will lose its sharpness………………  on the way home .............. 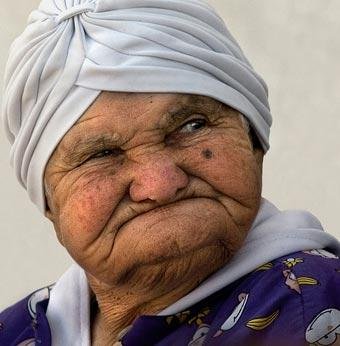 The eHealthme website provided case histories of people who have in effect overloaded on boron [usually by taking supplements].  It appears from the side-effect list of those who overdose on boron that some effects are the same as deficiency because overdose produces mineral imbalances the same as deficiency.  There are more specific symptoms:

Most common Boron side effects from eHealthme: 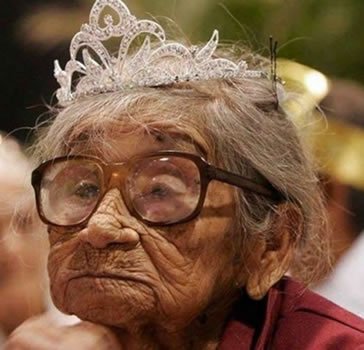 Interestingly, overdosing appears to have no obvious effects on the male human reproductive system.

Boron treatment of rats, mice, and dogs has been associated with testicular toxicity, characterized by inhibited spermiation at lower dose levels and a reduction in epididymal sperm count at higher dose levels. ….. Earlier studies in human workers and populations have not identified adverse effects of boron exposure on fertility, but outcome measures in these studies were relatively insensitive, based mainly on family size and did not include an evaluation of semen end points. A recent study of nearly 1000 men working in boron (B) mining or processing in Liaoning province in northeast China has been published in several Chinese and a few English language papers. This study included individual assessment of boron exposure, interview data on reproductive experience and semen analysis. Employed men living in the same community and in a remote community were used as controls. Boron workers (n=75) had a mean daily boron intake of 31.3mg B/day, and a subset of 16 of these men, employed at a plant where there was heavy boron contamination of the water supply, had an estimated mean daily boron intake of 125 mg B/day. Estimates of mean daily boron intake in local community and remote background controls were 4.25mg B/day and 1.40 mg/day, respectively. Reproductive outcomes in the wives of 945 boron workers were not significantly different from outcomes in the wives of 249 background control men after adjustment for potential confounders. There were no statistically significant differences in semen characteristics between exposure groups, including in the highly exposed subset, except that sperm Y:X ratio was reduced in boron workers. PMID: 19850122

It should be noted here that the boron was in the water, thus the women would have been drinking this water too, and no tests were done on the women to see what effect it was having on them.  And

. ….. The present study was conducted to investigate the reproductive effects of boron exposure in workers employed in boric acid production plant in Bandirma, Turkey. …. The mean calculated daily boron exposure (DBE) of the highly exposed group was 14.45 ± 6.57 (3.32-35.62) mg/day. These human exposures represent worst-case exposure conditions to boric acid/borates in Turkey. These exposure levels are considerably lower than exposures which have previously led to reproductive effects in experimental animals. PMID:  21424392

This study concluded that the effects of high exposure may be a reality, but the definition of ‘high’ was probably way beyond anything that anyone working in a mine or industrial plant had yet encountered.

I suspect we may find more reports appearing here based on women and men and hopefully different measures, not just the very narrow one of sperm count. 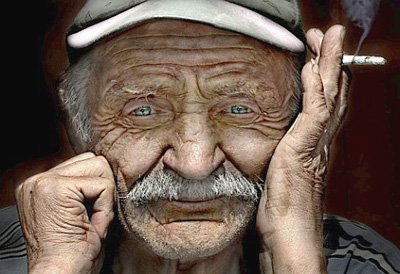 The mining and processing of boron has been mentioned above, but other exposures to boron, which might contribute to any overdose, include the following:

Manufacturing - Almost all boron use is as chemical compounds. About half of global consumption of boron compounds is as additives for glass fibers in boron-containing fiberglass used for insulation or as structural materials. The next leading use is to make boron polymers and ceramics, that play specialized roles as high-strength lightweight structural and refractory materials. Borosilicate glassware is used for its greater strength and breakage resistance (thermal shock resistance). Boron is found in sodium perborate bleaches. In minor uses, boron is an important dopant for semiconductors, and boron-containing reagents are used as intermediates in the synthesis of organic fine chemicals. 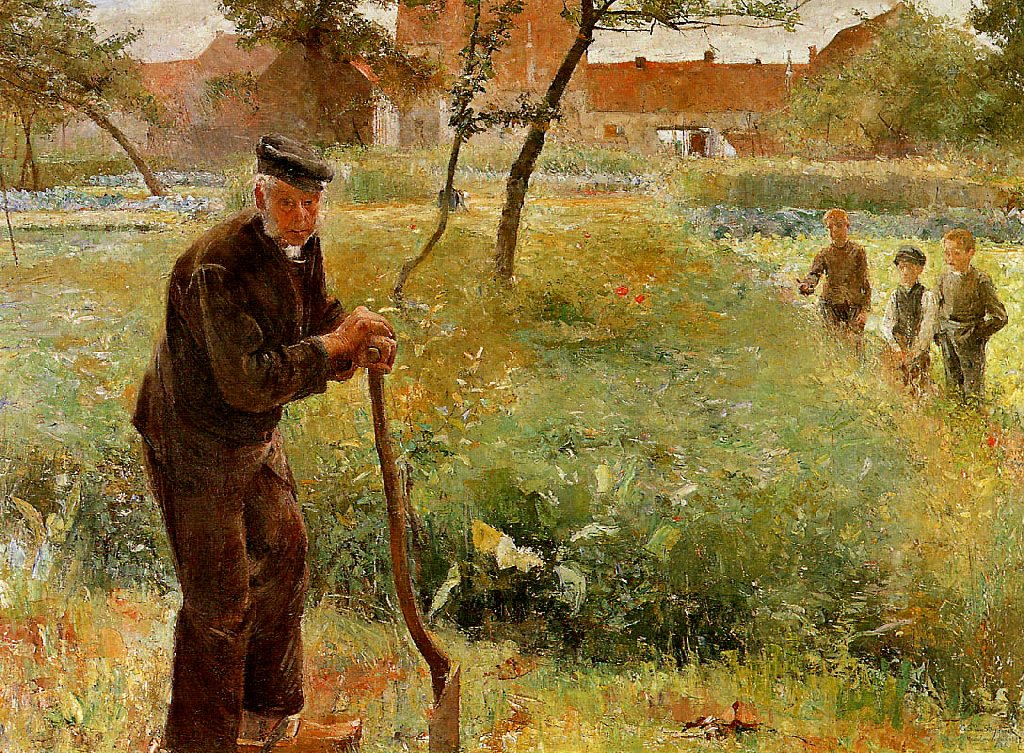 Boron is a component of neodymium magnets (Nd2Fe14B), which are among the strongest type of permanent magnet. These magnets are found in a variety of electromechanical and electronic devices, such as magnetic resonance imaging (MRI) medical imaging systems, in compact and relatively small motors and actuators. As examples, computer HDDs (hard disk drives), CD (compact disk) and DVD (digital versatile disk) players rely on neodymium magnet motors to “deliver intense rotary power in a remarkably compact package”. In mobile phones 'Neo' magnets provide the magnetic field which allows tiny speakers to deliver appreciable audio power.  Note that the exposure here is during manufacture not use of these products.

Farming - Boron compounds are used as fertilizers in agriculture.

Insecticides - because “borates have low toxicity in mammals (similar to table salt), but are more toxic to insects“, they are used as insecticides. Boric acid is used as an insecticide against ants, fleas, and cockroaches 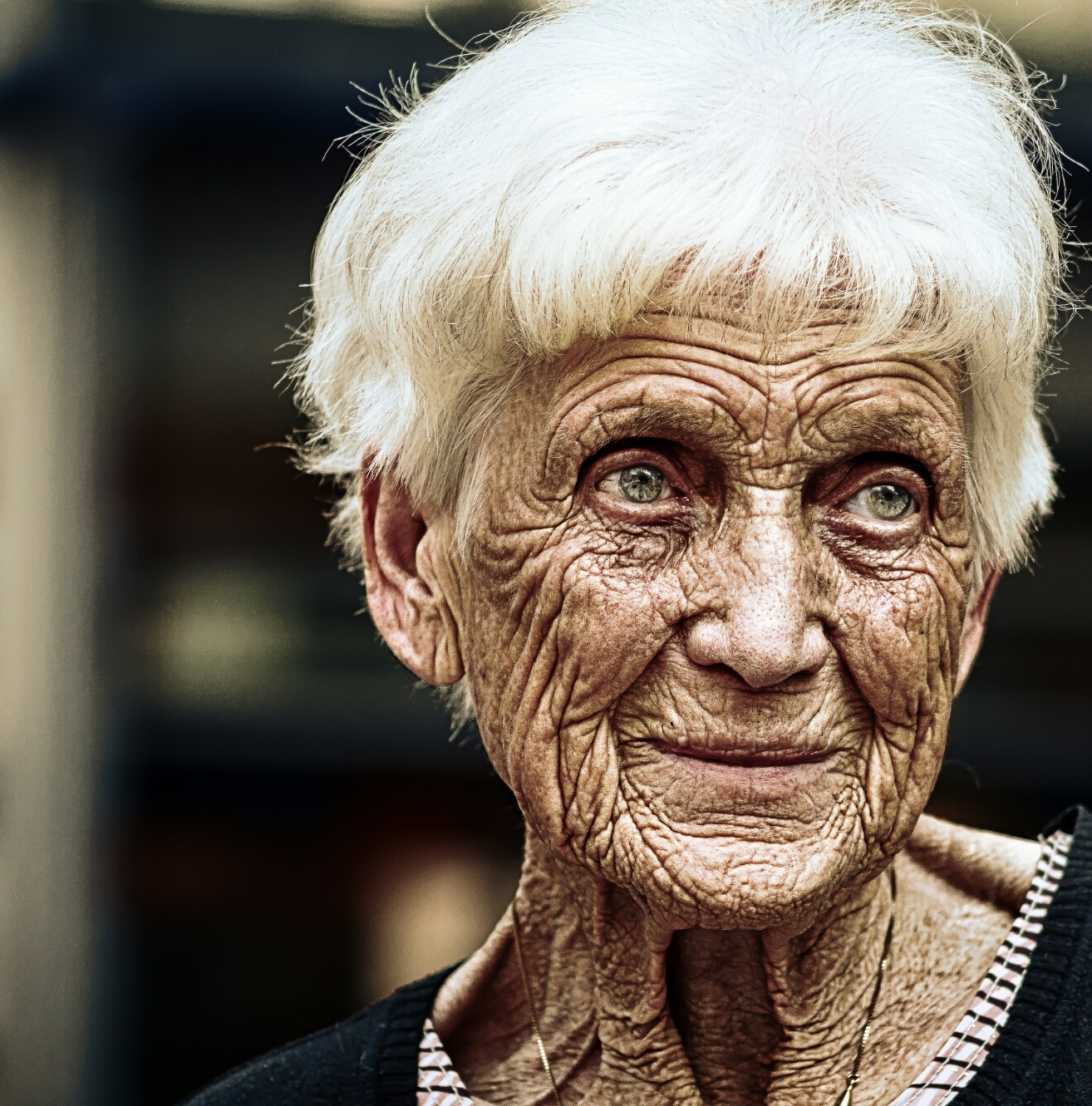 Cancer therapy - Enriched boron or 10B is used in both radiation shielding and is the primary nuclide used in neutron capture therapy of cancer. In the latter ("boron neutron capture therapy" or BNCT), a compound containing 10B is incorporated into a pharmaceutical which is selectively taken up by a malignant tumor and tissues near it. The patient is then treated with a beam of low energy neutrons at a relatively low neutron radiation dose.

Swimming pools - Boric acid has antiseptic, antifungal, and antiviral properties and for these reasons is applied as a water clarifier in swimming pool water treatment.

Eye treatments -  Mild solutions of boric acid have been used as eye antiseptics.

Boron supplements - Body builders appear to know about the correlation between boron and testosterone but do not appear to realise that overdosing on anything does not work:

But taking supplements can cause other side-effects, as the eHealthme record shows