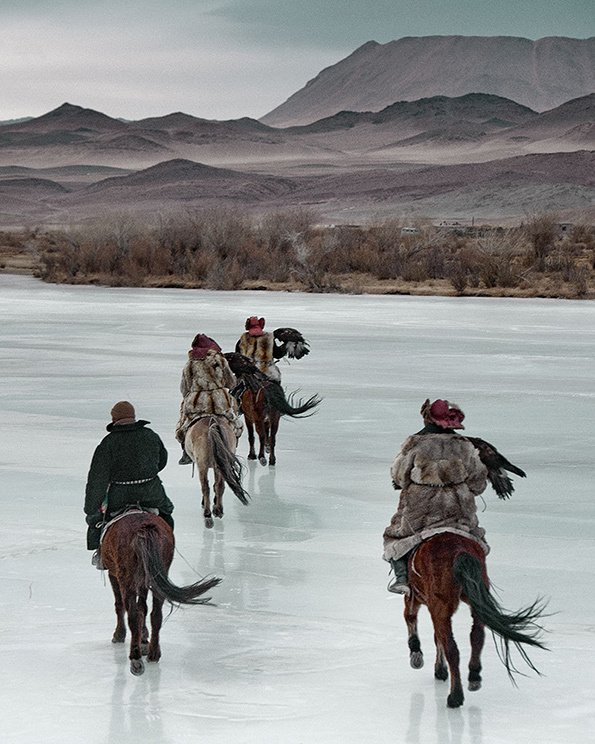 People with Behcet's disease present a very distressing sight, so instead we
have taken the theme of the Silk road and tried to add a note of hope to this
somewhat bleak subject.

Behçet's disease or Behçet disease or Silk Road disease, is a rare small-vessel systemic vasculitis.  Vasculitis is a group of disorders that destroy blood vessels by inflammation. Both arteries and veins are affected.

The latter name arose because Behçet's disease is considered more prevalent in the areas surrounding the old silk trading routes in the Middle East and in Central Asia.  However, this may be a red herring as this disease is not restricted to people from these regions. It has been found in Siberia for example.  Furthermore there are questions being asked about whether – by making it a separate disease -  an overall pattern of illness created by pathogens has been masked.  Similar symptoms have emerged in other areas due to certain strains of Streptococcus bacteria.

Behçet's disease (BD) was named in 1937 after the Turkish dermatologist Hulusi Behçet, who first described the visible symptoms of recurrent oral ulcers, genital ulcers, and uveitis. Uveitus is inflammation of the uvea, the middle layer of pigmented structures of the eye that includes the iris, ciliary body, and choroid.

This illness can be fatal due to ruptured vascular aneurysms or severe neurological complications. 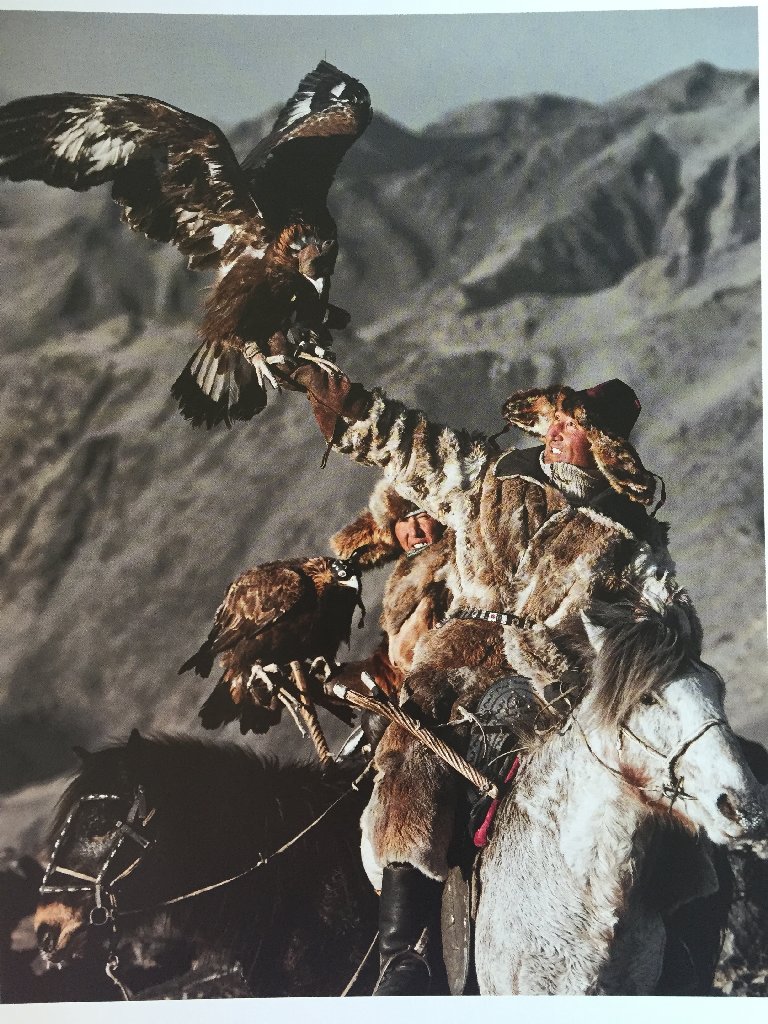 Some of these photos are by Jimmy Nelson

Genital ulcers -  Painful genital ulcerations usually develop around the anus, vulva, or scrotum and cause scarring in 75% of the patients.

Skin inflammation - Additionally, patients may present with ‘erythema nodosum’ - inflammation of the fat cells under the skin, resulting in tender red nodules or lumps that can usually be seen

Deep skin ulceration - deep ulcers that often occur on the legs. When they occur, they usually initially look like small bug bites or papules, and they progress to larger ulcers

Inflammatory eye disease – which  can develop early in the disease and lead to permanent vision loss in 20% of cases. Symptoms vary depending on where the infection has developed but may involve painful eyes, conjuctival redness, decreased visual acuity, and visual field floaters.

Loss of vision - Optic nerve involvement in Behçet's disease is rare, however, cases of acute optic neuropathy (specifically anterior ischemic optic neuropathy) have been reported to occur and lead to gradual loss of vision, which may affect either one or both eyes, reduced visual acuity, reduced colour vision, different sized pupils, central scotoma, swollen optic disc, macular edema, and as a consequence pain.

Bowels – gastrointestinal symptoms include abdominal pain, nausea, and diarrhoea with or without blood.  There may also be abdominal tenderness, bloating, and overall abdominal discomfort that ‘closely mimics irritable bowel syndrome’. 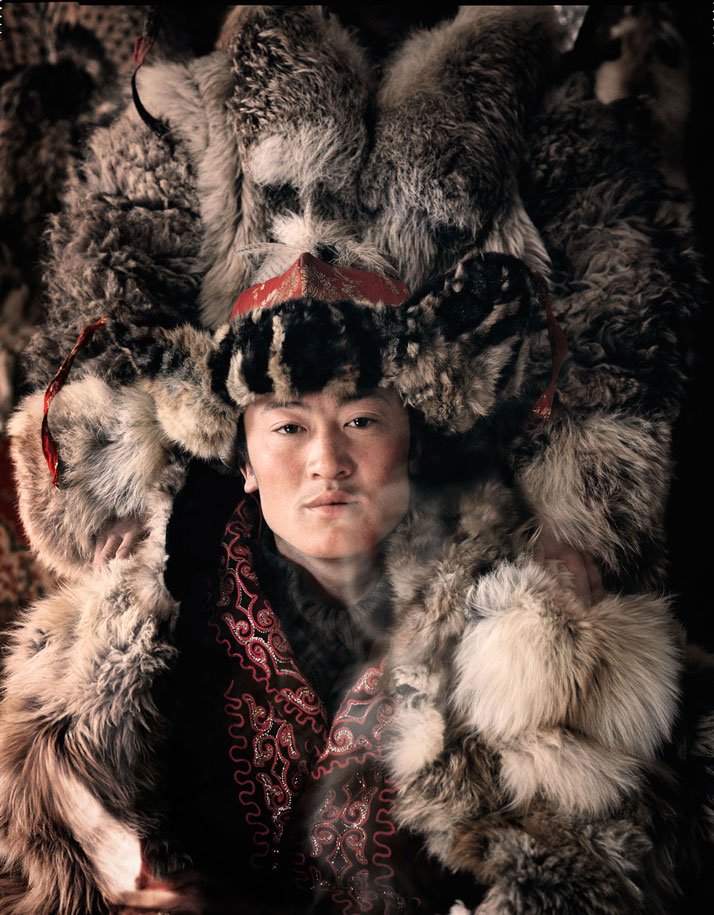 Lungs – the person may cough up blood, and have pleurisy - an inflammation of the pleura, the lining surrounding the lungs. It might be noted here that there are many possible causes of pleurisy but viral infections spreading from the lungs to pleural cavity are the most common, which should be an interesting clue to the cause of this disease overall.  It may even be one of the routes of entry.  Pleurisy usually causes considerable chest pain as the inflamed pleural layers rub against each other every time the lungs expand to breathe in air, but there are some cases of pleurisy that go unnoticed for some time because no pain is present.

Other types of lung problems include coughs and in severe cases ruptures of the pulmonary artery which can be life-threatening as this can result in severe vascular collapse and death from bleeding in the lungs.  Nodules, consolidations, cavities and ‘ground glass lesions’ are common in patients with pulmonary involvement.

Musculoskeletal system – joint pain is experienced by up to half of patients, primarily of the large joints of the lower extremities.

Brain - CNS involvement most often occurs as chronic meningitis and encephalitis. Lesions tend to occur in the brainstem, the basal ganglia and deep hemispheric white matter and may resemble those of MS. Brainstem atrophy is seen in chronic cases.  Symptoms include confusion, seizures, and memory loss. They often appear late in the progression of the disease but are associated with a poor prognosis.

Heart - Pericarditis is a frequent cardiac manifestation – that is inflammation of the pericardium, the fibrous sac surrounding the heart. A characteristic chest pain is often present.  “Chronic aortic regurgitation due to aortic root disease may also be seen”. 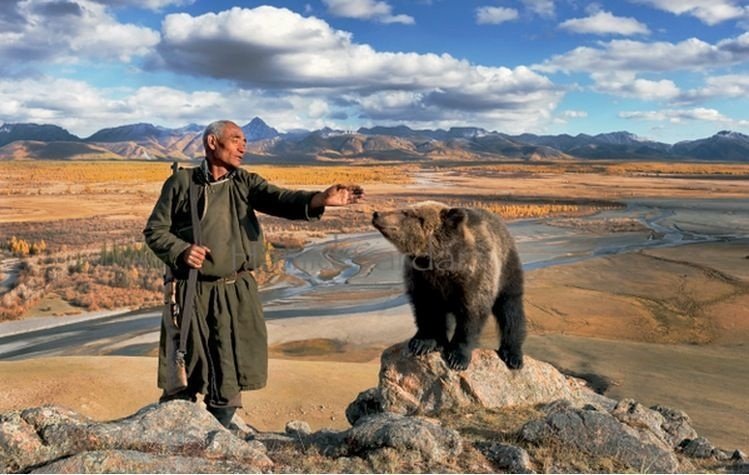 Diseases in general are caused by pathogens – toxins such as heavy metals, pesticides or insecticides, bacteria, fungi, radiation, parasites, and viruses, but Behcet’s disease is of interest because its primary cause is viruses as opposed to all the others. Not exclusively viruses as we shall see, but viruses seem to be a major cause.

More than one virus is implicated in the development of Behcet’s.  So far the EBV, HIV, possibly the herpes family of viruses and the measles virus have been seen in patients when tested:

BACKGROUND:  Behçet's syndrome (BS) is one of the multisystemic diseases that presents with oral ulceration and several other systemic manifestations including genital ulceration, folliculitis, erythema nodosum-like lesions, uveitis, and arthropathy. Ocular manifestation, central nervous system involvement, and gastrointestinal manifestation account for most of the complications of this disease, whereas orogenital ulceration and dermatological involvement affects the quality of life. The cause of the disease is not fully elucidated; however, herpesviruses have long been thought to play a pivotal role in the disease pathogenesis.

OBJECTIVE:  To investigate the seroprevalence and salivary shedding of herpesviruses in BS.

CONCLUSIONS:  A high EBV shedding was observed in both BS and RAS and a lower level of CMV IgG was observed in BS only. The reason for the observed lower level of CMV IgG in BS is not clear. However, one explanation might be a defect in the cross-talk between innate and adaptive immune responses which was suggested by a previously described defect in the toll-like receptor 1 and 2 heterodimer formation and function, this being the initial receptor sensing of CMV. 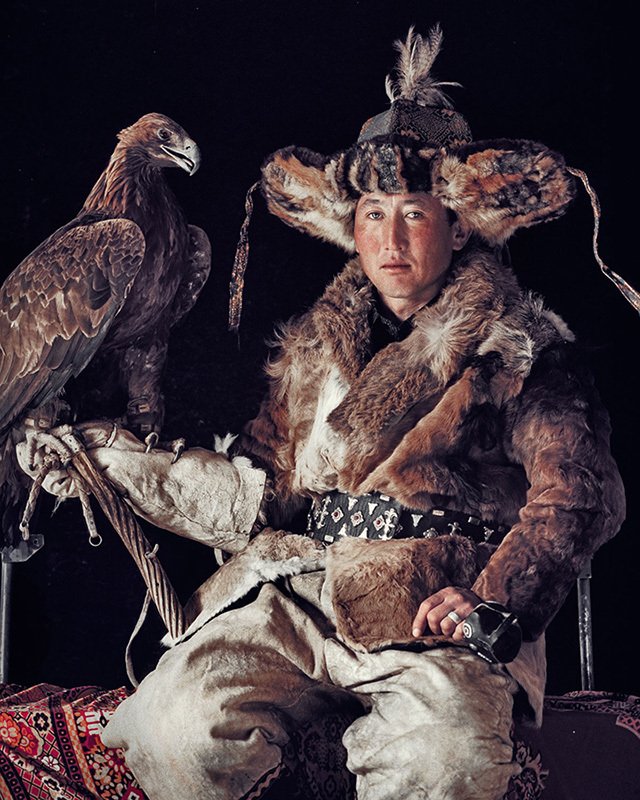 So the EBV is implicated.

We describe a patient who presented with systemic vasculitis with skin and mucous membrane ulcerations in the setting of acute HIV infection, who was eventually diagnosed with Behçet's disease, PMID:  24912539

And also appears to be linked to certain strains of Herpes

The prevalence of eight human herpesviruses (HHV1-8) was determined by real-time PCR in cell-rich cerebrospinal fluid (CSF) samples, obtained early after disease symptoms, of Dutch patients with multiple sclerosis (MS) and other central nervous system diseases (NIND). Whereas HHV1-8 DNA was undetectable in CSF samples of MS patients, HHV6 DNA was detected in a plexus neuritis case and HHV7 DNA in an ependymoma and a Behçets' disease patient. PMID:  24671719

The following paper was written by people who assumed the person caught CMV after immunosuppressants were used, but the evidence seems to point that CMV was the cause of the disease and by using immunosuppressants, they allowed it to gain a much greater hold and fully emerge from its latent state

Anti-tumor necrosis factor alpha (TNF-alpha) inhibitors are effective in the treatment of various inflammatory rheumatic conditions. Increased risks of serious infections are the major issues concerning the long-term safety of these agents. We present a case of a young male Behcet's patient whose disease was complicated by cytomegalovirus (CMV) colitis. Colitis started 10 d after the third Infliximab dose PMID:  18473420

There are more viruses implicated, however, there are a number of papers on PubMed to which you can refer to get an up to date list. 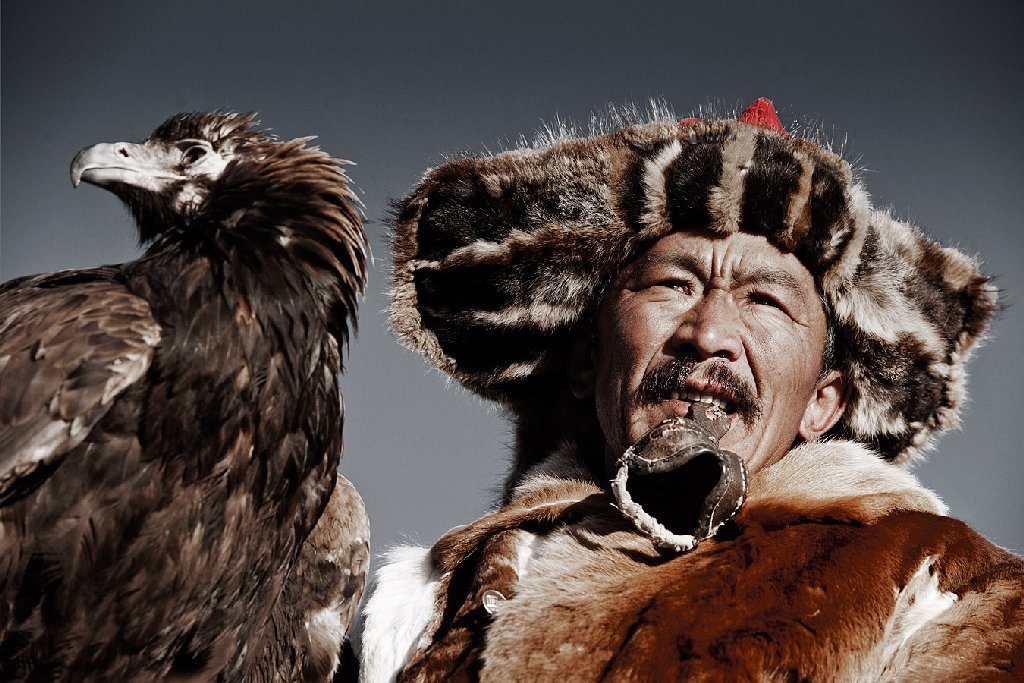 The following paper is key as in addition to implicating the EBV virus again, the researchers also found the measles virus, and the virus was obtained from a vaccine.  In effect the cause is vaccines.  Both EBV and the measles viruses are latent, as such whether you are vaccinated or not, if the virus is a live one then it can return. 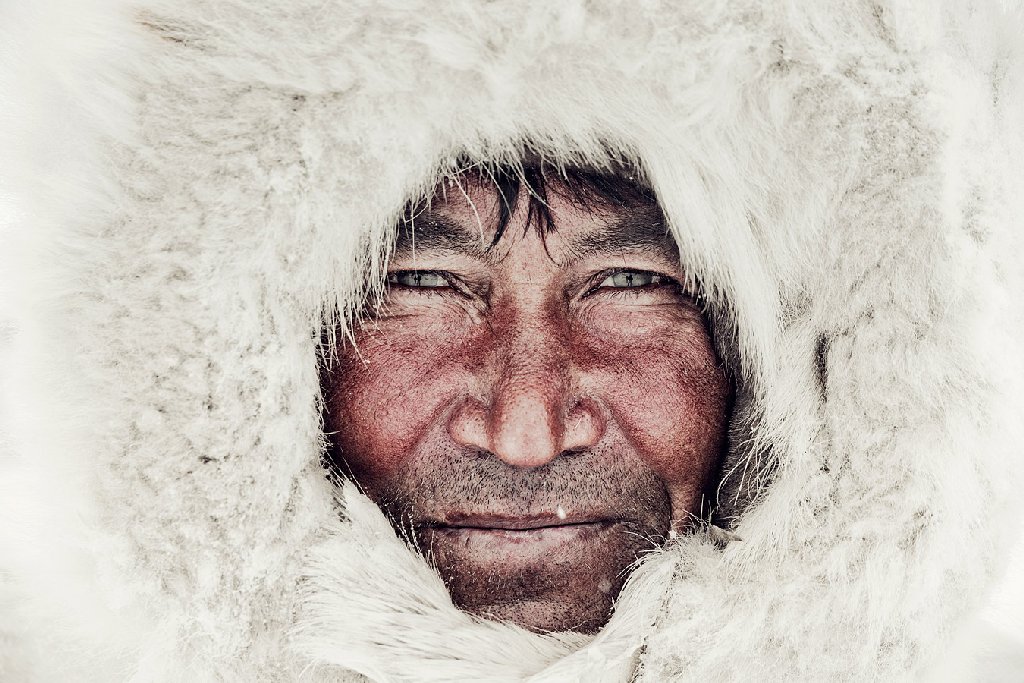 There are serious links with bacteria and one main culprit is the Chlamydia strain of bacteria:

Behçet's disease (BD) is associated with HLA-B51 positivity. Serologic/genomic findings have suggested microbes as possible causative agents and the geographical distribution suggests environmental influences.
We performed comparative analyses of 40 patients with BD or related symptoms not fulfilling BD criteria. Patients originating from different regions of Iran were tested by molecular/serological methods for human herpes viruses and parvovirus B19, two Chlamydiae species, as well as Coxiella, Listeria, Yersinia, Leptospira and Mycobacterium paratuberculosis.
No apparent differences in interleukin (IL)-4, 6, 8 and 10 were observed, whereas production of soluble IL-2-receptor and tumor necrosis factor (TNF)-alpha were more pronounced in the BD group. ….No significant differences of herpes simplex virus (HSV) antibody titres were observed but higher titres against Chlamydophila pneumoniae were found in the controls. In 20 BD patients and controls neither parvovirus B19 DNA was detected nor bacterial DNA. Viral DNA of Epstein-Barr virus (EBV), cytomegalovirus (CMV) and human herpes virus (HHV)8 was detected more frequently in the BD group, whereas HSV DNA was only found in the controls, indicating that stomatitis might be caused by HSV.  PMID: 21816027

Another bacteria implicated is the Streptococcus  strain, for example

The frequency of isolation of Strep. oralis was higher in Behçet's disease (52%) than in controls (38%), but no difference was observed between the properties of the two groups of isolates. Strep. oralis virulence factors may be involved in breach the mucosal barrier in patients with specific reactivity to these antigens and inducing Behçet's disease.  PMID:  7487566 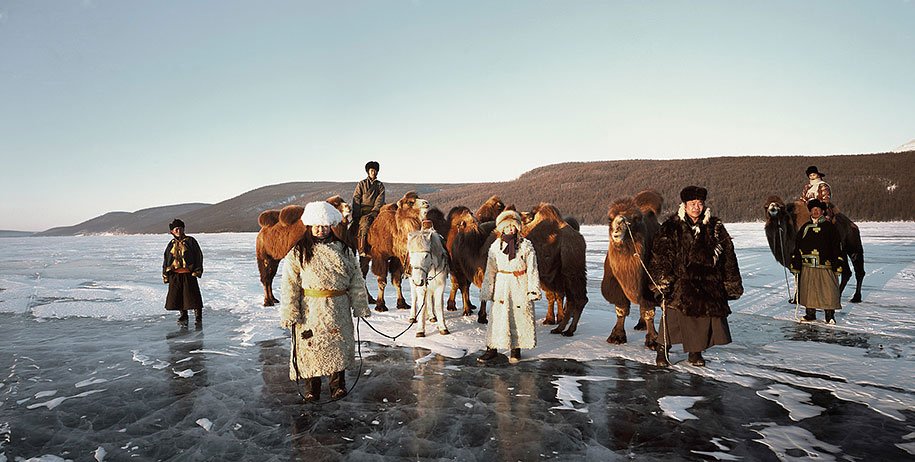 The next culprit is the parasite, again more than one is implicated, but here we have an example of a particularly nasty one, one that may explain the lesions and nodules common in this disease

We may find in due course that other pathogens – toxins for example are implicated, but we wish to end this section on a note.  In a number of cases on PubMed, where case histories were described, the person was on some form of immunosuppressant.  Thus although the disease is caused by pathogens, we might say that the ultimate cause is the use of immunosuppressants of various sorts – including anti-histamines. 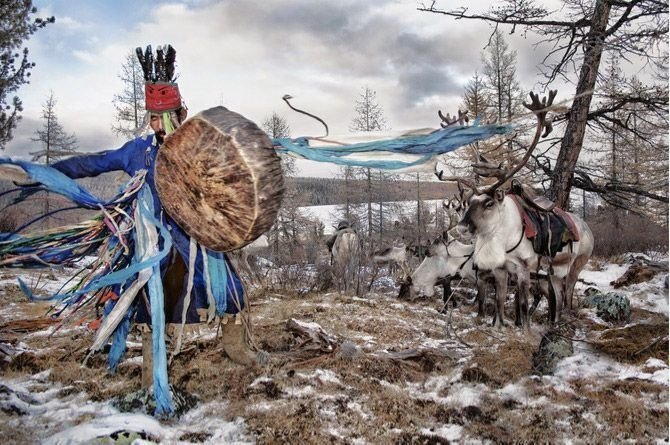