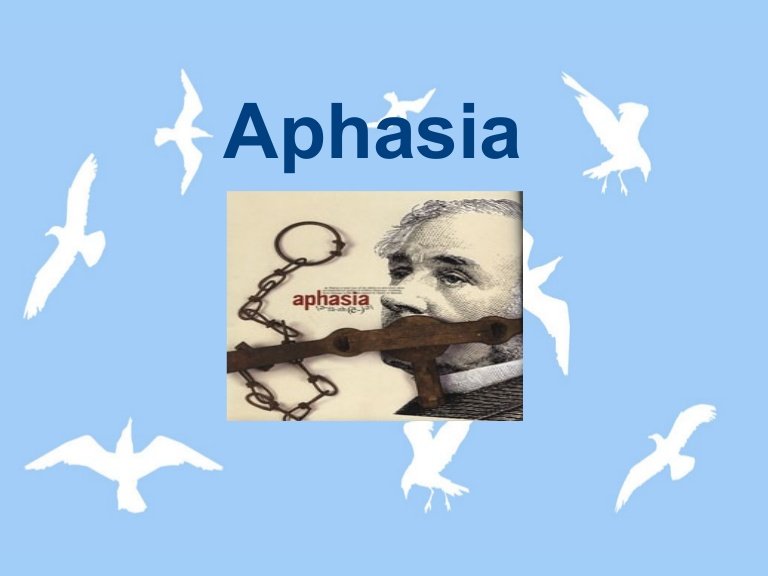 Aphasia is a symptom, not a cause of illness.  It is an inability to comprehend and formulate language and to be called aphasia it must be due to brain damage.  Thus the section on brain damage should be referred to for more details.

To be diagnosed with aphasia, a person's speech or language must be significantly impaired in one (or several) of the four communication modalities following acquired brain injury or have significant decline over a short time period (progressive aphasia).

The four communication modalities are

The difficulties of people with aphasia can range from occasional trouble finding words to losing the ability to speak, read, or write. Expressive language and receptive language can both be affected as well.

Aphasia differs only from Aphonia, which is also a loss of speech, by having a very specific cause – damage to the brain – whereas Aphonia can also be caused by damage to organs which deal with the mechanics of speech. 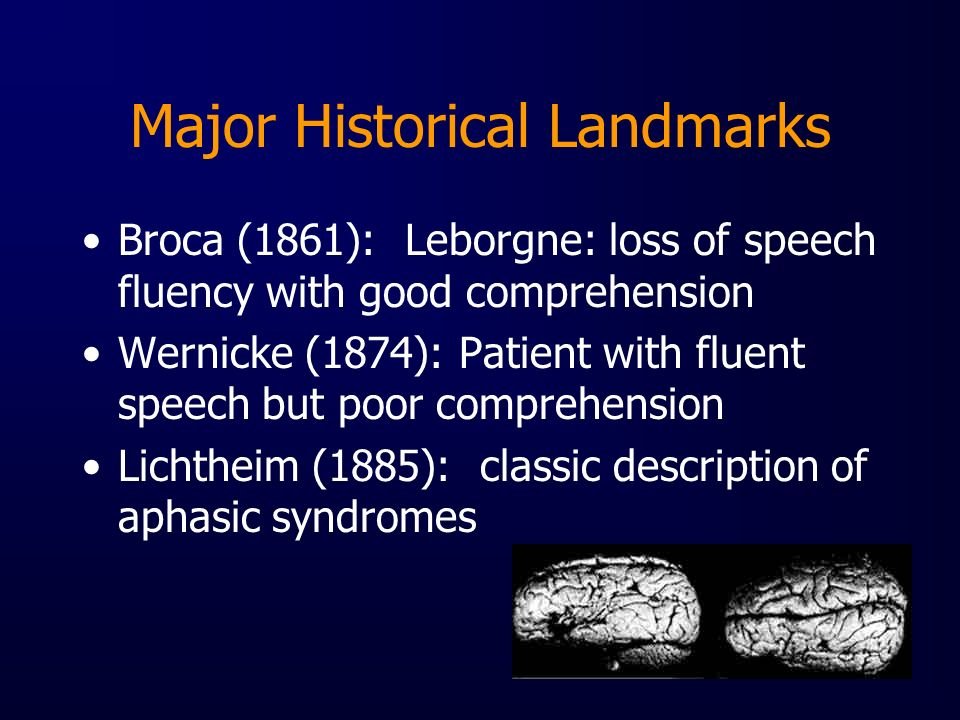 The brain damage causing the Aphasia can be caused by both physical causes and emotional causes.

The main causes are as follows, all these are explored in the section on brain damage itself:

Toxins that pass through the blood-brain barrier put neurons and glia in peril. The damage inflicted is usually a consequence of the ability of these toxic agents to induce free radical generation within cells but especially at the level of the mitochondria. The elevated production of oxygen and nitrogen-based radicals and related non-radical products leads to the oxidation of essential macromolecules including lipids, proteins and DNA. The resultant damage is referred to as oxidative and nitrosative stress and, when the molecular destruction is sufficiently severe, it causes apoptosis or necrosis of neurons and glia. Loss of brain cells compromises the functions of the central nervous system expressed as motor, sensory and cognitive deficits and psychological alterations.  PMID:  21358970 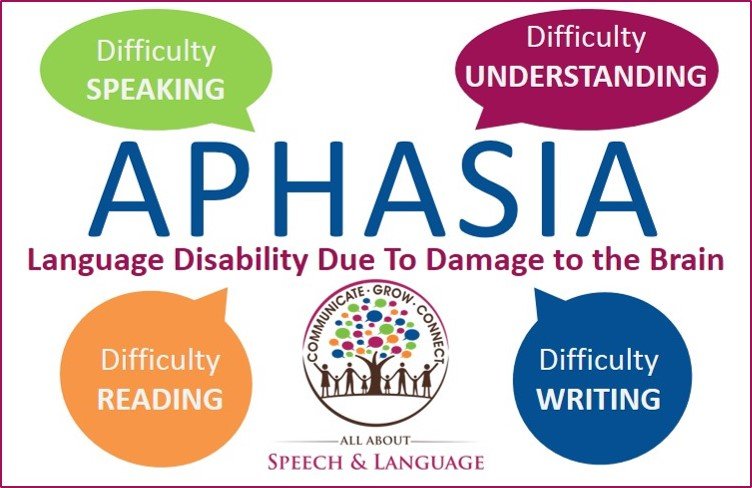 Illustrations Of The Influence Of The Mind Upon The Body In Health And Disease, Designed To Elucidate The Action Of The Imagination - Daniel Hack Tuke, M.D., M.R.C.P

Under the head of " Emotional Paralysis," is the report of a case in the "Lancet," Aug. 11th, 1860, by Dr. Wiblen, and although the employment of the term here is perhaps open to criticism, the case is not without interest, and, undoubtedly, the immediately exciting cause was emotional :

A. gentleman, after being exceedingly despondent for ten days and attaching more importance than usual to ordinary affairs of business, became, on the 4th of July, much excited in connection with a very trivial occurrence. This excitement was followed by entire inability to speak, and by facial paralysis. During the following night his condition was comatose, and on the next day, when a slate was given him,
"he wrote ciphers perfectly unintelligible, but in the course of a few hours was able to express himself in writing. During this interval he was seized with several paroxysms of sobbing and crying, after which he again fell into a comatose condition, from which, however, he could at times be readily aroused."
On the third day he was able to say "yes" and "no." From the 10th to the 20th of July he progressed slowly but satisfactorily, and was able to converse with tolerable distinctness. With the exception of slight loss of motion and sensation of the right angle of the mouth, and deviation of the tongue, he had recovered at the time of the report.
Dr. Wiblen ascribes the symptoms to slight pressure or structural change at the origin, or in the course of, the lingual and glosso-pharyngeal nerves, but the higher centres appear to have been also involved. ….. The emotional condition and the paralytic seizure were alike the results of an abnormal condition of the brain. 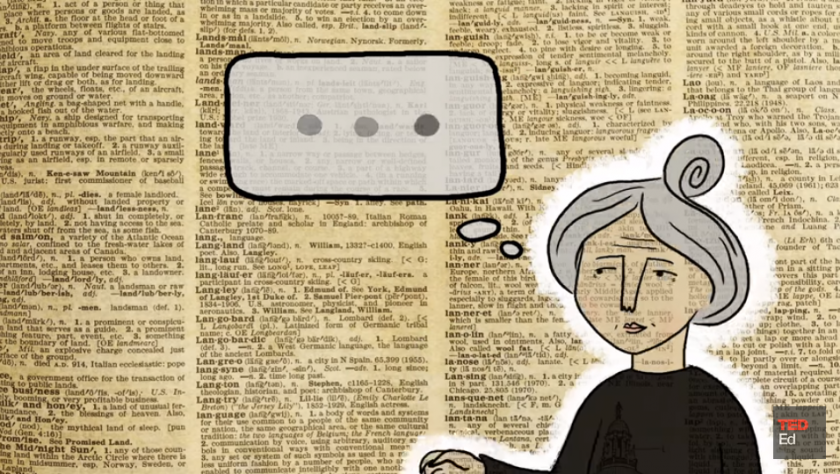 There is, however, a sequel to the case above which needs to serve as a warning.  As Dr Hack Tuke points out, in the following continuation of this case, he wondered whether brain damage could be responsible for both the aphasia and the depression - the despondent mood and in this case he found it was.

Since the above was written, Dr. Wiblen has kindly sent me a short report of the subsequent history of this case. In reply to my inquiry whether the despondency could be traced to a sufficient cause, he says (Nov. 5th, 1870),
"The patient was in very good circumstances, and had no reason to be otherwise than most happy," a fact which confirms the foregoing remarks in regard to the primary cerebral origin of the patient's mental condition. This is further borne out by the sequel of the case, which proved to be of no merely functional and transitory character. " It went," he states, " from bad to worse, and the patient died about two years afterwards. He had all the same symptoms as described in the ' Lancet’ up to the time of his death. He was a very careful man as to mode of living. His grey convolutions were drilled with small cavities."
He adds that he has seen two other cases since — both died — and that the late town-crier of Southampton was in a similar condition.

This does not negate the fact that in some cases high emotion produces a discharge that damages the brain directly, and it may even be that it affects the blood brain barrier allowing pathogens, toxins and poisons to enter the brain thus causing subsequent brain damage with numerous symptoms, of which one may be aphasia.