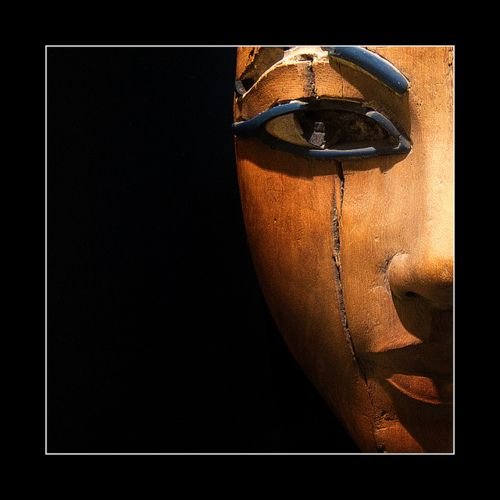 Antimony is a 'heavy' metal.  It has no use biologically and can kill.  People who have taken a large dose of antimony accidentally have suffered the expected vomiting, appeared to recover, and then died a few days later.

Some Victorian doctors used antimony to dispose of their unwanted wives and relatives, the symptoms being disguised as general gastric disorders.  In this way Drs Palmer [1855], Smethurst [1859], and Pritchard [1865] carried out their murders – all were eventually hanged.  Other murderers were the society histess Florence Bravo who poisoned her husband in 1876, but was not brought to trial, and innkeeper George Chapman, who disposed of a few tiresome girlfriends and was executed in 1902


Antimony attaches itself to particular enzymes because of its attraction to sulphur atoms at the enzyme’s active site.  In other words it poisons by disrupting enzyme activity. 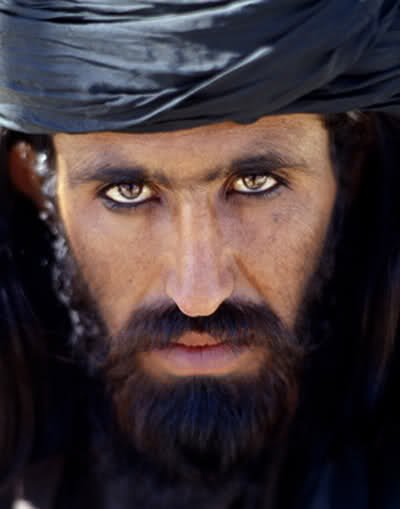 In general an overdose of Antimony in one dose – poisoning - causes profuse sweating and quite violent vomiting.

The amount at which it becomes toxic, however, varies from person to person – age, weight, and so on.

At lower doses it may also build up in the body over time by attaching itself to enzymes.  In a normal healthy human being the liver and kidneys tend to absorb the most antimony as might be expected and an amount of around 0.2 ppm is considered ‘normal’, the hair has about 0.7 ppm.  The amount in the blood considered ‘normal is around 3.3 ppb and the total amount in any body might be around 2 mg.  But if the amount builds up the body will start to malfunction and one long term symptom is heart failure.

The pathogenesis of idiopathic cardiomyopathies is likely highly complex and remains elusive. Environmental toxins have been hypothesized to possibly cause a subset of cardiomyopathies. Epidemiological, preclinical, and small clinical studies have investigated the role of numerous elements and compounds in the pathogenesis of these myocardial disorders. In this review, we present the evidence implicating elements and environmental compounds in myocardial toxicity, including antimony, cobalt, mercury, aluminum, copper, and acrolein. We discuss their sources, toxic effects, and epidemiology, as well as identify groups at risk for toxic exposure.  PMID: 25796402 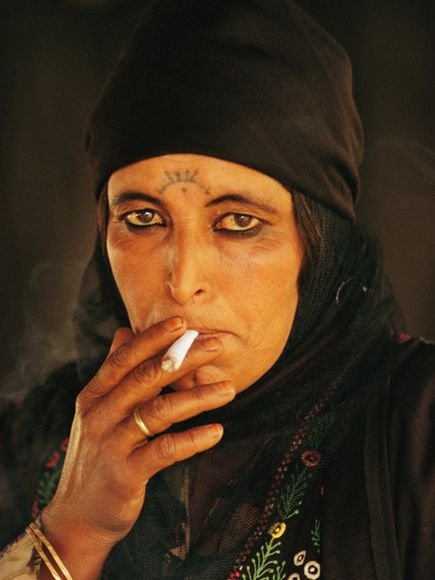 Various compounds of antimony have been used as anti-parasitics.  But those testing new compounds have noticed that they can produce various pancreatic diseases:

American tegumentary leishmaniasis is an infectious disease caused by a protozoan of the genus Leishmania. …. In a clinical trial .. we investigated the occurrence of pancreatic toxicity with different schedules of treatment with meglumine antimoniate (MA).
Seventy-two patients were allocated in two different therapeutic groups: 20 or 5 mg of pentavalent antimony (Sb5+)/kg/day for 20 or 30 days, respectively. Looking for adverse effects, patients were asked about abdominal pain, nausea, vomiting or anorexia in each medical visit. We performed physical examinations and collected blood to evaluate serum amylase and lipase in the pre-treatment period, and every 10 days during treatment and one month post-treatment. Hyperlipasemia occurred in 54.8% and hyperamylasemia in 19.4% patients. Patients treated with MA 20 mg Sb5+ presented a higher risk of hyperlipasemia (p = 0.023). Besides, higher MA doses were associated with a 2.05 higher risk ratio (p = 0.003) of developing more serious (moderate to severe) hyperlipasemia. The attributable fraction was 51% in this group. Thirty-six patients presented abdominal pain, nausea, vomiting or anorexia but only 47.2% of those had hyperlipasemia and/ or hyperamylasemia. These findings suggest the importance of the search for less toxic therapeutic regimens for the treatment of CL.  PMID:  27680173

Hyperlipasemia is an excess of the pancreatic enzyme, lipase.  Overall this describes disruption of enzyme activity.

There is no hard and fast evidence that antimony is a cause of cancer, but given its effects on enzymes, then any organ reliant on enzymes, which are based on sulphur atoms, for its functioning may be at risk. 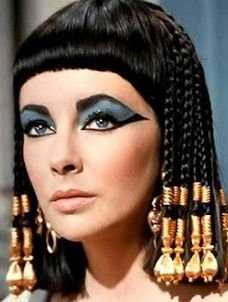 The dust in many houses is a major source of unwanted antimony particularly in older houses that had or have lead pipes.  Even if the lead pipes have been removed, lead paints may still be flaking both lead and Antimony.  The average infant consumes about 100 mg of house dust a day and when the blood of healthy babies was measured in the UK in the 1990s, it was found they had 13 ppm of antimony – ‘higher than expected’.

If you glance at the section on Antimony itself, you will find that in general, up until now Antimony levels in soils was very low and thus plant uptake was low, posing little risk to the consumer.  But this is changing.  Levels are rising in the atmosphere and in soils, as such the levels in plant is also rising, as plants take up antimony relatively easily – even though it actually stunts their growth.

The increasing interest in urban agriculture highlights the crucial question of crop quality. The main objectives for environmental sustainability are a decrease in chemical inputs, a reduction in the level of pollutants, and an improvement in the soil's biological activity.
Among inorganic pollutants emitted by vehicle traffic and some industrial processes in urban areas, antimony (Sb) is observed on a global scale. While this metalloid is known to be potentially toxic, it can transfer from the soil or the atmosphere to plants, and accumulate in their edible parts.
Urban agriculture is developing worldwide, and could therefore increasingly expose populations to Sb. The objective of this review was in consequences to gather and interpret actual knowledge of Sb uptake and bioaccumulation by crops, to reveal investigative fields on which to focus. While there is still no legal maximal value for Sb in plants and soils, light has to be shed on its accumulation and the factors affecting it. A relative absence of data exists about the role of soil flora and fauna in the transfer, speciation and compartmentation of Sb in vegetables. Moreover, little information exists on Sb ecotoxicity for terrestrial ecosystems. A human risk assessment has finally been reviewed, with particular focus on Sb bioaccessibility.   PMID:  25726907

so plenty of mobile phones, but nothing to eat ...

Many fungi are being investigated as chelating agents for soils polluted with heavy metals, but there are dangers associated with this process and the presence of fungus in general in Antimony rich environments.
The fungus scopulariopsis brevicaulis is capable of reducing some antimony compounds to a gas – stibine.  Stibine is a chemical compound with the formula SbH3. SbH3 is an unstable flammable gas and is highly toxic.  Stibine binds to the haemoglobin of red blood cells, causing them to be destroyed by the body. The first signs of exposure, which can take several hours to become apparent, are headaches, vertigo and nausea, followed by the symptoms of hemolytic anaemia (high levels of unconjugated bilirubin), hemoglobinuria and nephropathy.

This paper may also be relevant, as it indicates other possibilities 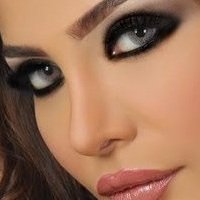 Higher than expected levels of antimony have been found in bottled drinking water.  The antimony leaches from the plastic containers which were made of PET – polyethylene terephthalate.  Antimony is used as a catalyst in its manufacture.  In general, bottled water might contain only 8 ppt of Antimony in water where Antimony is not used in the manufacture of the bottles, however, bottles made with Antimony had up to 375 ppt of antimony and double the amount after standing for several months.  This however, is ‘far below’ the ‘safe limit’ of around 6 micrograms per litre set by the US, for example.  On the other hand Antimony in the body can accumulate.

Wikipedia
Antimony concentrations in fruit juice concentrates were somewhat higher (up to 44.7 µg/L of antimony), but juices do not fall under the drinking water regulations.

The black form of Antimony sulphide (Sb2S3) which occurs naturally as the mineral stibnite, is used as a type of mascara known as kohl.  Not all kohl is made from Antimony sulphide, so mass panic is unnecessary, but some is and it is worth checking, how it was made and where it comes from: 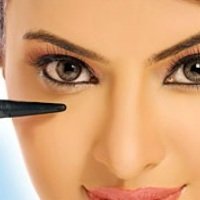 We examined 50 samples of 'Al-Kohl', collected from northern Jordanian provinces, for their cytotoxicity and mutagenicity using the brine shrimp and Ames Salmonella mutagenicity bioassays, respectively. Twenty were unopened, ready-to-use, samples purchased from retail outlets, 20 were in-use samples obtained from ladies of different socioeconomic standards, and 10 samples were from the original stones used to prepare Al-Kohl. The frequency of positive samples for both cytotoxicity and mutagenicity was much higher in the ready-to-use and in-use samples of Al-Kohl than in the original stones. Out of the 50 samples examined, 20 (40%) showed some degree of cytotoxicity almost all involving ready-to-use or in-use samples. Among those samples, 12 (24%) were strongly cytotoxic, while eight samples (16%) showed mild cytotoxic activity in the brine shrimp bioassay. ……. We recommended abandoning Al-Kohl as a cosmetic for application to the eye areas, based on these findings and the previous microbial contamination studies PMID:  2693475

Where rivers are used for drinking water and fish from rivers are eaten, then very slowly as the levels of Antimony in general increase, then the levels in water supplies and food sources is increasing, for example: 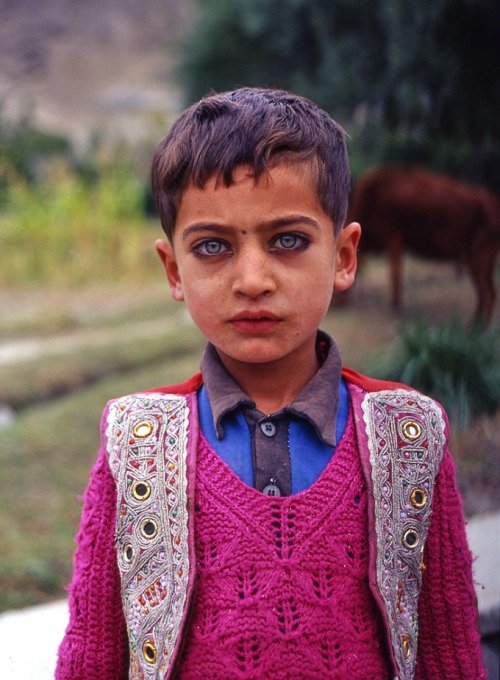 This study investigates the contamination levels and risk assessments of 14 elements (Ba, Cd, Co, Cr, Cu, Pb, Li, Mn, Mo, Ni, Sb, Sr, V and Zn) in three sub-basins of Himalayan rivers. Water samples were collected and the hazard quotient (HQ), hazard index (HI), and water quality index (WQI) were calculated. Total average concentrations of the metals were 135.03, 80.10 and 98.34 µg/L in Gandaki, Indrawati and Dudh Koshi rivers, respectively. The results of HQ and HI were less than unity, suggesting a low risk of metals in the region.
However, HQ for antimony (Sb) was found to be 4.4 × 10-1, 2.1 × 10-1 and 5.4 × 10-1 in three river basins and HI near unity, suggesting its potential risk. Additionally, HI for Cd in Indrawati was 5.4 × 10-1 also close to unity, suggesting that Cd could have a potential risk to the local residents and aquatic ecosystems. PMID:  27734088

Both cadmium and antimony are toxic – cadmium more so.  The levels found were considered OK in this study, but it is clear that monitoring and controls may be needed.

We present interdisciplinary findings from and policy implications of a case of elevated blood lead … in a 9-month-old infant, linked to a non-commercial Malaysian folk diaper powder. Analyses showed the powder contains

The antidote for antimony poisoning is a chelating agent, which will scavenge atoms of the element from the blood and organs of the body so that it can be excreted.

Dr John Emsley in his book Nature’s building Blocks – An A-Z Guide to the Elements, mentions Dimercaprol, but chelation of this kind requires an expert and doctor supervision.

In plants, one antidote has been found to be silicon.  We could find no research on whether silicon had the same effect in humans or animals:

Pollution of antimony (Sb) raises a serious environmental problem. Although this non-essential element can be taken up by roots and accumulated in plant tissues in relatively high concentrations, there is still lack of knowledge about the effect of Sb on biochemical and metabolic processes in plants. It was shown that application of silicon (Si) can decrease the toxicity of other heavy metals and toxic elements in various plants. The aim of this study was to assess how Si influences the growth and antioxidative response of young Zea mays L. roots exposed to elevated concentrations of Sb. Antimony reduced the root growth and induced oxidative stress and activated antioxidant defense mechanisms in maize. Silicon addition to Sb treated roots decreased oxidative stress symptoms … Although neither positive nor negative effect of Si has been observed on root length and biomass, changes in the oxidative response of plants exposed to Sb indicate a possible mitigation role of Si on Sb toxicity in plants.   PMID: 25201566 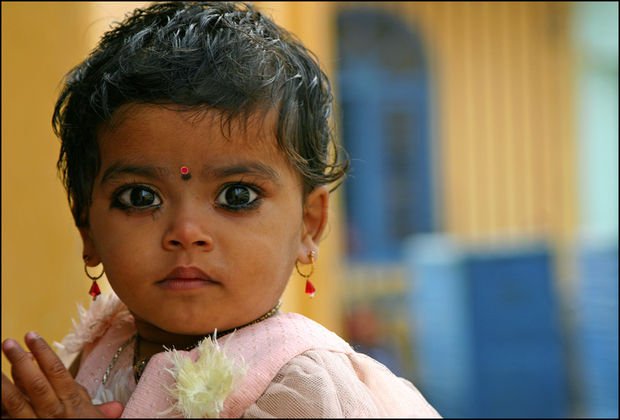 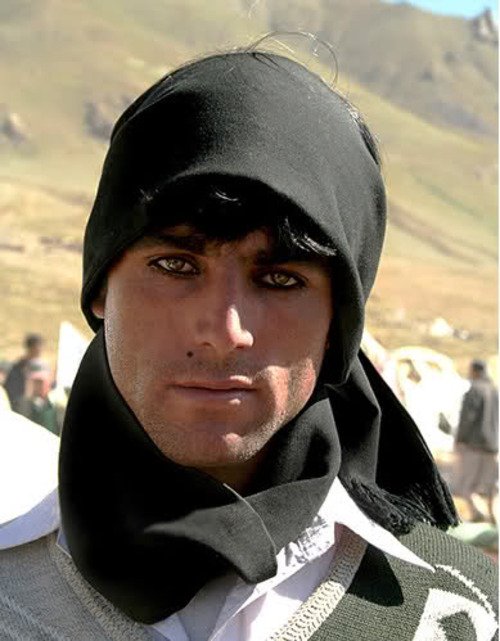 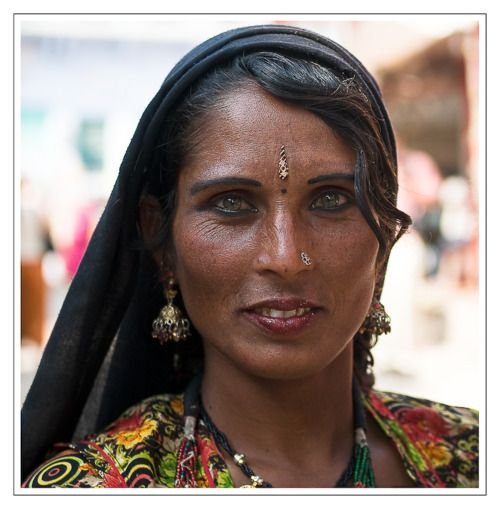