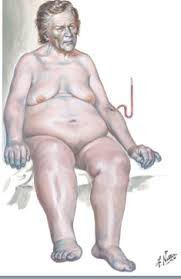 Anasarca is extreme generalized oedema, a medical condition characterized by widespread swelling of the skin due to effusion of fluid into the extracellular space.  The condition and its causes is described under the heading of oedema – often called at one time ‘dropsy’ and often being extreme.

It is usually caused by liver failure (cirrhosis of the liver), renal failure/disease and right-sided heart failure, but these have a cause external to the body, as such one pathogen, toxin or environmental factor may be responsible for all these conditions.

It is worth adding, however, that extreme and negative emotion can cause temporary anasarca, thus anasarca which may be a one-off event.  For example

PART II. THE EMOTIONS.
CHAPTER XI. INFLUENCE OF THE EMOTIONS UPON THE ORGANIC OR VEGETATIVE FUNCTIONS 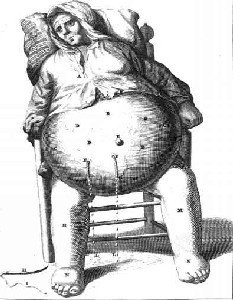 Checking of secretion is seen in emotional anasarca. Many medical authorities have referred to the fact of anasarca following violent emotion of a painful character (innervation lowered). Bateman witnessed the extraordinary influence of alarm upon a poor woman; a sudden universal anasarca following, in one night, the shock occasioned by the loss of a small sum of money, which was all she possessed ("On Cutaneous Diseases," p. 150). Copland classes such cases under " primary asthenic anasarca ;" the vital tone of the small vessels being lowered, the excretory function of the skin is suspended, and serous effusion from the blood vessels follows. 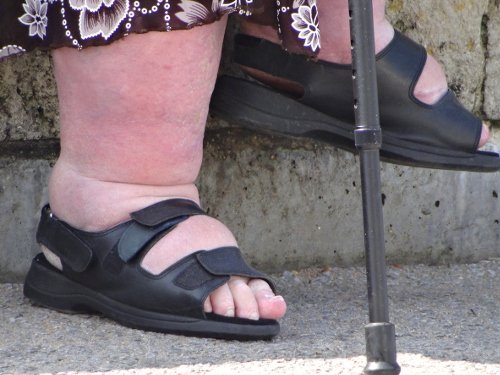