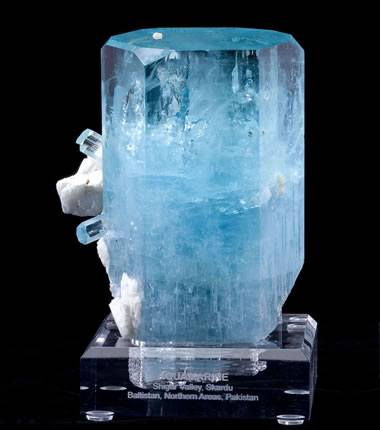 Beryllium is a chemical element with the symbol Be and atomic number 4. It is a relatively rare element in the universe. It occurs naturally only in combination with other elements in minerals. Notable gemstones which contain beryllium include beryl (aquamarine, emerald) and chrysoberyl. As a free element it is a steel-gray, strong, lightweight and brittle alkaline earth metal.

Unfortunately, beryllium is one of the most toxic elements in the periodic table. It is responsible for the often-fatal lung disease, Chronic Beryllium Disease (CBD) or berylliosis, and is listed as a Class A EPA carcinogen. The International Agency for Research on Cancer (IARC) lists beryllium and beryllium compounds as Category 1 carcinogens.

Despite the fact that it has long been known that the commercial use of beryllium requires the use of appropriate dust control equipment and industrial controls at all times because of the toxicity of inhaled beryllium-containing dust, coal-fired power plants, industrial manufacturing and nuclear weapons production and disposal operations have released beryllium to the environment.

Chronic berylliosis resembles sarcoidosis in many respects, and the differential diagnosis is often difficult. It killed some early workers in nuclear weapons design, including Herbert L. Anderson. 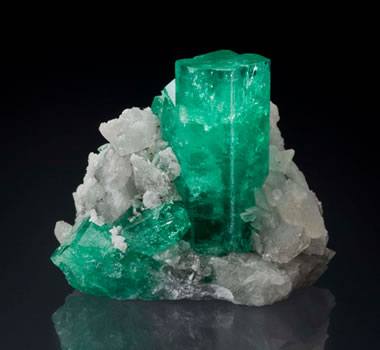 Beryllium is an important industrial metal because of its unusual material properties: it is lighter than aluminium and six times stronger than steel. Often alloyed with other metals such as copper, beryllium is a key component of materials used in many industries.  Because of its strength, electrical and thermal conductivity, corrosion resistance, and nuclear properties, beryllium products are used in the aerospace, automotive, energy, medical, and electronics industries. 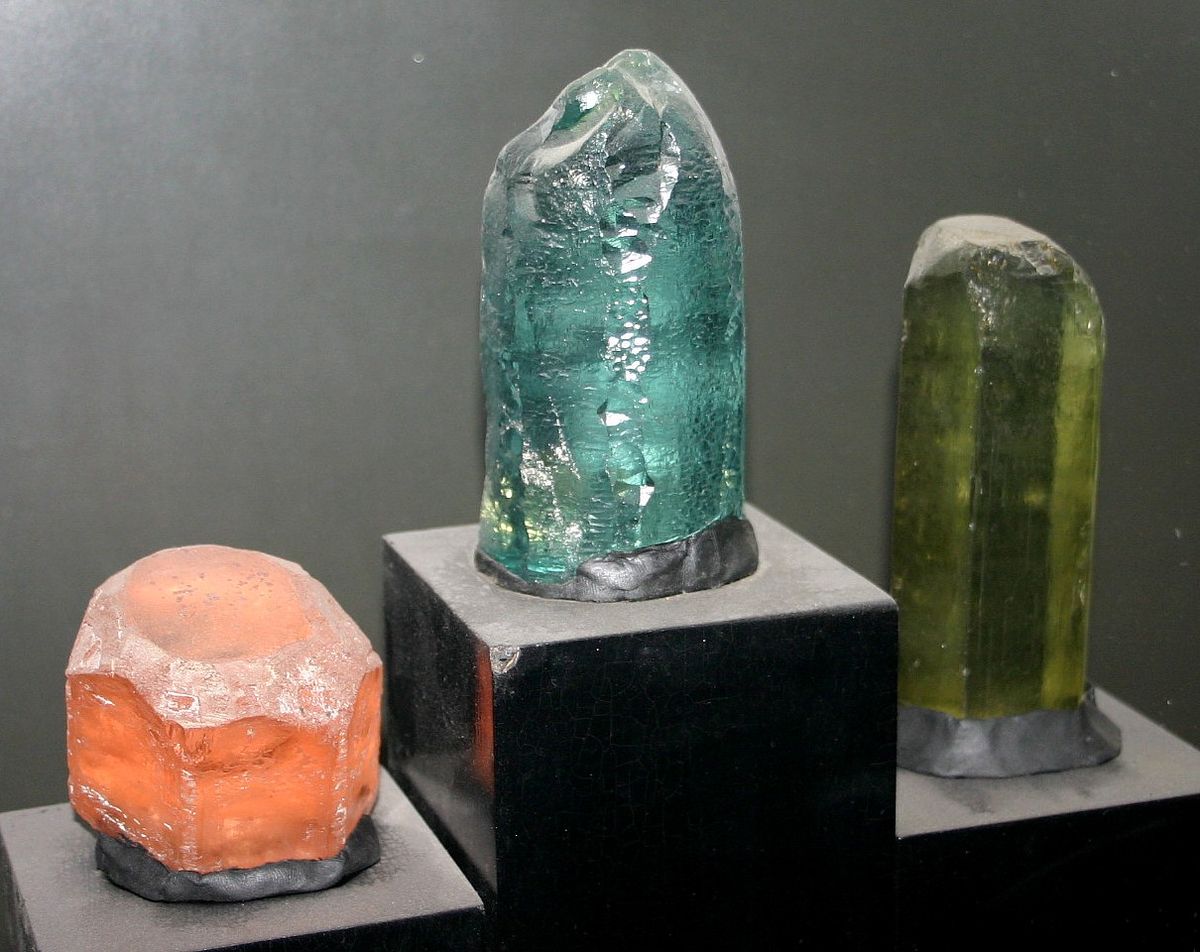 All of the industries above are potentially a source of toxic beryllium dust if they do not apply the appropriate safety dust control equipment and industrial controls.  But in addition to these industries, environmental hazards are posed by coal fired thermal power stations

Coal-fired thermal power stations (TPSs) may contaminate the surrounding soil and could lead to pollution levels that can affect human health. Soil samples collected from the immediate vicinity of a TPS were analysed for heavy metals. TPS soils were enriched with

Enrichment factor, principal component, and cluster analyses suggest that As, Cd, Co, Cr, and Hg in TPS soils originated from the TPS, whereas Pb and Zn were from vehicular/traffic-related emissions. The relative exposure risk was greater for toddlers. PMID:  25537921 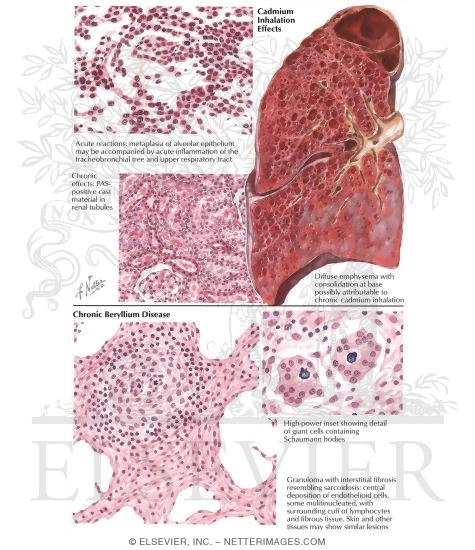 As can be seen, Beryllium is a health and safety issue for workers as well as the general public. The toxicity of finely divided beryllium (dust or powder, mainly encountered in industrial settings where beryllium is produced or machined) is very well-documented. Solid beryllium metal does not carry the same hazards as airborne inhaled dust.

Beryllium is chemically similar to magnesium and therefore can displace it from enzymes, which causes them to malfunction. Because Be2+ is a highly charged and small ion, it can easily get into many tissues and cells, where it specifically targets cell nuclei, inhibiting many enzymes, including those used for synthesizing DNA. Its toxicity is exacerbated by the fact that the body has no means to control beryllium levels, and once inside the body the beryllium cannot be removed.

MAREK JAKUBOWSKI, CEZARY PALCZYNSKI, in Handbook on the Toxicology of Metals (Third Edition), 2007

Acute toxicity of beryllium at concentrations usually >25 μg/m3 is manifested by skin, eye, nose, and throat irritation, followed by upper and lower airway inflammation, pulmonary edema, and (>100 μg/m3) chemical pneumonitis (Maier et al., 1998). Acute beryllium disease occurs mainly in the case of exposure to soluble beryllium salts, but it was also recorded after exposure to metallic dust, beryllium oxide, and hydroxide (Eisenbud et al., 1948). The pathogenesis of inflammatory changes is probably connected with the acidity of beryllium salts, and the clinical parameters—progression of inflammatory process, its intensity, and the duration of illness, depend on the dose-response relationship (Van Ordstrand et al., 1943). In high-level exposure, the clinical symptoms of pneumonitis appear within 72 hours after exposure, whereas radiological abnormalities occur within several weeks (Maier and Newman, 1998). Recovery lasts for several weeks or months; however, some fatal cases were also noted. …..Although in practice the severe cases of acute beryllium disorder are rare, the milder forms should be considered in the differential diagnosis of respiratory diseases with infectious etiology (Mroz et al., 2001). 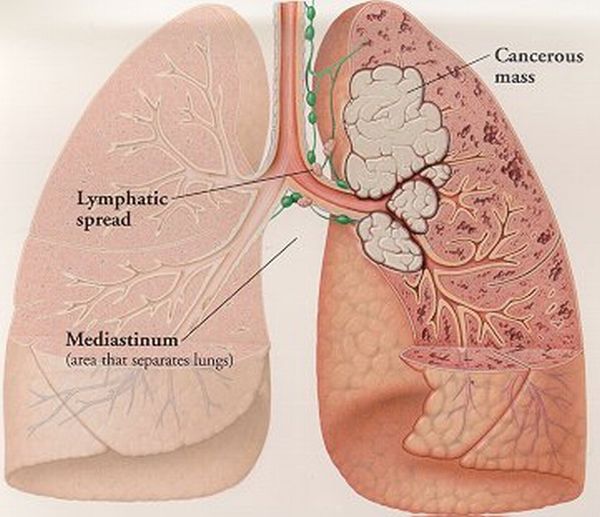 The 2.0 microg/m3 standard has been in use by the beryllium industry for more than 50 years and was once considered adequate to protect workers against clinical CBD.  But improved diagnostic techniques, including immunological testing and safer bronchoscopy, have enhanced researcher’s ability to identify subclinical CBD cases that would have formerly remained unidentified.  And the more recent epidemiological studies have suggested that some workers may develop CBD at exposures less than 2.0 microg/m3.

There is evidence that particle size and chemical form may be important factors that influence the risk of developing CBD. A test for beryllium in air and on surfaces has been developed and published as an international voluntary consensus standard ASTM D7202.

The beryllium lymphocyte proliferation test (BeLPT) revolutionized the diagnosis, screening, and surveillance of beryllium health effects. Based on the development of a beryllium-specific cell-mediated immune response, the BeLPT enabled researchers to define early health effects of beryllium, including beryllium sensitization (BeS), and chronic beryllium disease (CBD) at a subclinical stage. From a number of studies it is apparent that BeS precedes CBD and develops after as little as 9 weeks of beryllium exposure. CBD occurs within 3 months and up to 30 years after initial beryllium exposure.

Recent studies have found BeS and CBD in workplaces in which the majority of exposures were below the 2 microg/m3 OSHA time-weighted average (TWA).

We have no observations for any hallucinations or similar caused by berylliosis, but we do have hallucinations recorded for pneumonitis - a very key symptom. As such we considered it important to record the link between this environmentally hazardous substance and the pneumonitis it could cause and via the shortage of oxygen it could induce the possibility of hallucinations.