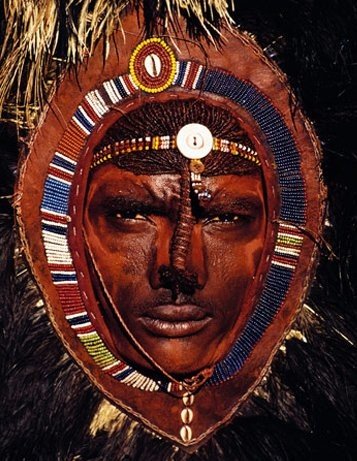 Early people must have noticed that the transformation from life very often occurred with loss of blood.  And it cannot have escaped their notice that women, the producers of new life, bled in synchrony with the moon, month after month, until such time as the flow of blood was dammed swelling the belly through the nine critical moons which led to another birth.

It was probably not long after this realisation that life and death, blood and birth came to seem inseparable; this must have led to a belief in the power of blood to regenerate and revitalise.  Real blood was undoubtedly the first sacrament and continued through most of human history to be used as a focal point for ceremonies of sacrifice and initiation.  It survives still in symbolic form, in the consecration of wine in sacramental rituals such as the Eucharist.

But long before the invention of wine there was another and more basic symbol part of earth itself chosen because of its resemblance to blood – red ochre.