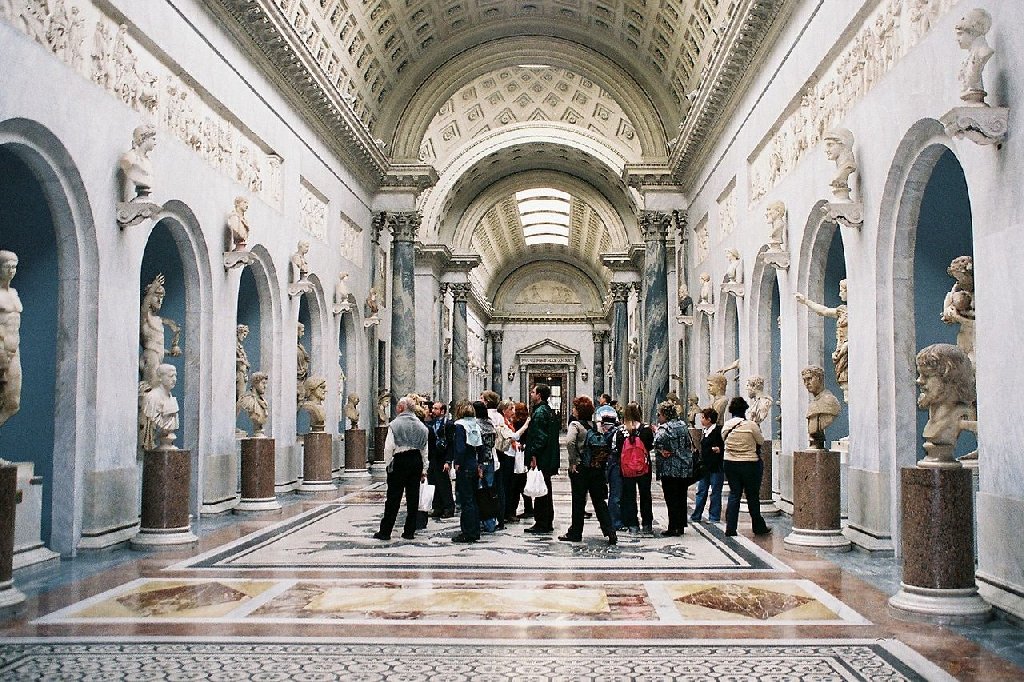 The Vatican Museums (Italian: Musei Vaticani) are the museums of the Vatican City and are located within the city's boundaries. They display works from the immense collection built up by the Popes throughout the centuries including some of the most renowned classical sculptures and most important masterpieces of Renaissance art in the world. The museums contain roughly 70,000 works, located in about 54 galleries and rooms, of which 20,000 are on display, and currently employ 640 people who work in 40 different administrative, scholarly, and restoration departments. 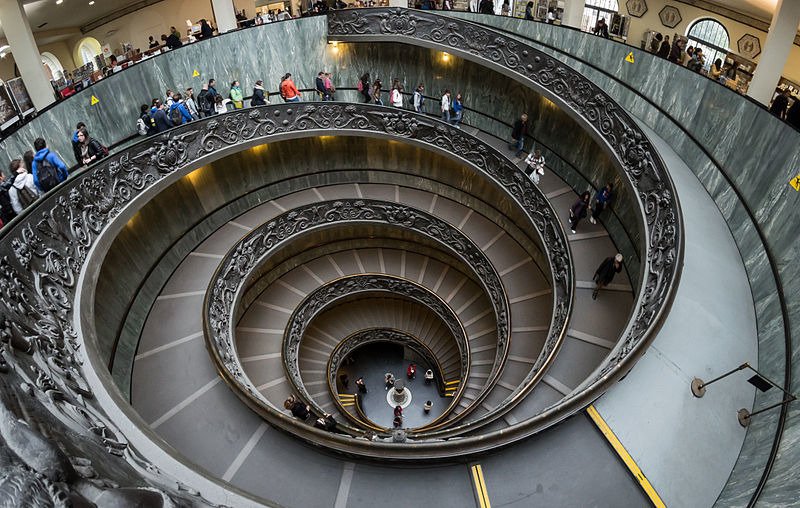 Both the Vatican Apostolic Library and the collections of the Vatican Museums are of the highest historical, scientific and cultural importance. In 1984, the Vatican was added by UNESCO to the List of World Heritage Sites; it is the only one to consist of an entire state.  Furthermore, it is the only site to date registered with the UNESCO as a centre containing monuments in the "International Register of Cultural Property under Special Protection" according to the 1954 Hague Convention for the Protection of Cultural Property in the Event of Armed Conflict.

Pope Julius II founded the museums in the early 16th century.  In 2013, they were visited by 6 million people, which combined makes it the 6th most visited art museum in the world.

In 2017, the Museum's official website and social media presence was completely redone, in accord with current standards and appearances for modern websites.

Clearly, the works of art in the museum may themselves be symbolic, but of interest is that there are features in the building itself which are symbolic.  The spiral staircase, for example, is a symbol of the Order of Creation and is reminiscent of the symbolism of the Snail.