So that we cannot be too careful with whom we hold converse, in the body or out. I had a most interesting conversation with my old friend, John King, the other day on this subject. For the benefit of such of my readers who may never have heard of John King, I may say that he is the father of the celebrated Katie King, who used to appear so regularly, at one time, through Florence Cook (now Mrs. Elgie Corner). The name adopted by both father and daughter is assumed, John King's real name being Sir Henry De Morgan, and his daughter's, Annie Owen De Morgan. 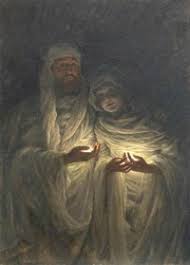 Sir Henry was a buccaneer, or pirate, who lived during the reign of Charles the First, and through part of that of Cromwell. He was a bold sea-rover ; and, after an exciting career, was executed for treason, on the high seas. But, whatever he may have been whilst on earth, he appears to have entirely expiated his sins now, and to have become one of the best and kindest of spirits, always working for the good of others. I have known him through Williams, and Heme, and Eglinton, and Husk, and always the same in voice and feature and general kindheartedness.

I derived great pleasure, a short time back, by receiving, through the goodness of M. James Tissot, the French artist, a lovely engraving of his picture, entitled " L' Apparition Mediumistique."

The painting represents M. Tissot's first wife, supported by John King, as he prefers to be called. M. Tissot sat with William Eglinton, when on a visit to London, and was so charmed by the appearance of his first wife, to whom he was tenderly attached, that he invited Mr. Eglinton over to Paris, and, whilst there, he painted, from their materialized forms, the portraits of both Madame Tissot and John King. The oil painting was, I understand, exhibited in the Paris Salon, and a favored few of M. Tissot's friends have received an engraving of it. I am proud to number myself amongst them, and the engraving has a double value for me, not only as a memento of the giver, but because the portrait of John King is exactly as he has appeared to me, through each one of the mediums I have named. It represents him as an exceedingly handsome man, of about forty, with high-bred Jewish features, and a most benevolent cast of countenance. He appears as though supporting Madame Tissot, or encouraging her to come forward.

Both hold a spirit light, of the size and shape of an egg, in their hands, and, whilst the young woman is looking up shyly, John King glances down with a sort of patronizing, or paternal, air upon her. I prize this engraving more than any other spiritualistic memento I possess.

John King told me that I could have no idea of the large number of spirits it took in order to make one seance a success. " 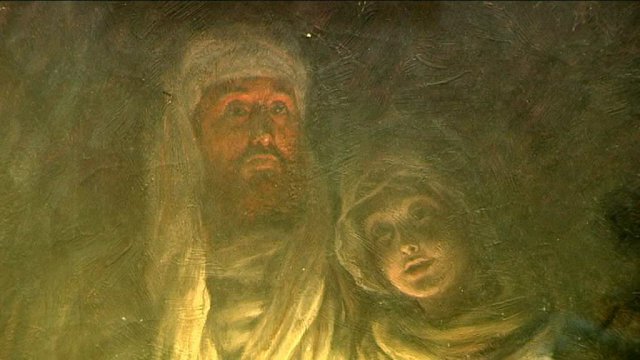