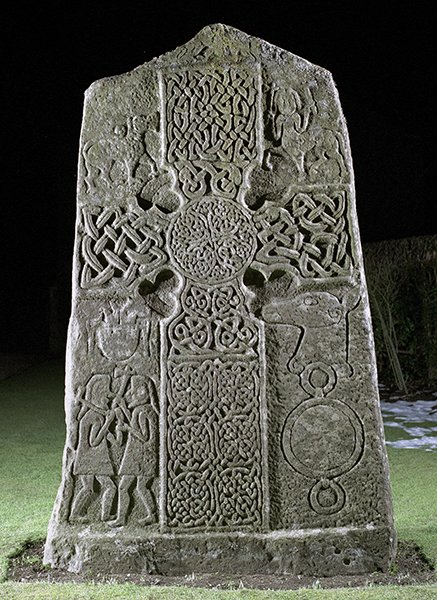 When the symbol is on a stone, it is possible that it represents a constellation.  Pictish stones were used to find various features on the landscape using the stars and the Krater or cauldron constellation is a recognised one.

Crater, the Cup is the French Coupe, the German Becher, and the Italian Tazza, formed by several 4th and 5th-magnitude stars above the Hydra's back, just westward from Corvus, and 30° south of Denebola, in a partly annular form opening to the northwest. This was long considered a part of the threefold constellation Hydra et Corvus et Crater; but modern astronomers catalogue it separately, Argelander assigning to it 14 stars, and Heis extending the number to 35.

In early Greek days it represented the Kantharos, or Goblet, of Apollo, but universally was called Krater, which in our transliterated title obtained with all Latins, Cicero writing it Cratera; while Manilius described it as gratus Iaccho Crater (Iaccho is Bacchus, Greek Dionysus), so using the mystic, poetical name often applied to Bacchus. In ancient manuscripts it appears as Creter. The Greeks also called it Kalpe a Cinerary Urn; Argeion, Ugreion, and Ugria, a Water-bucket. 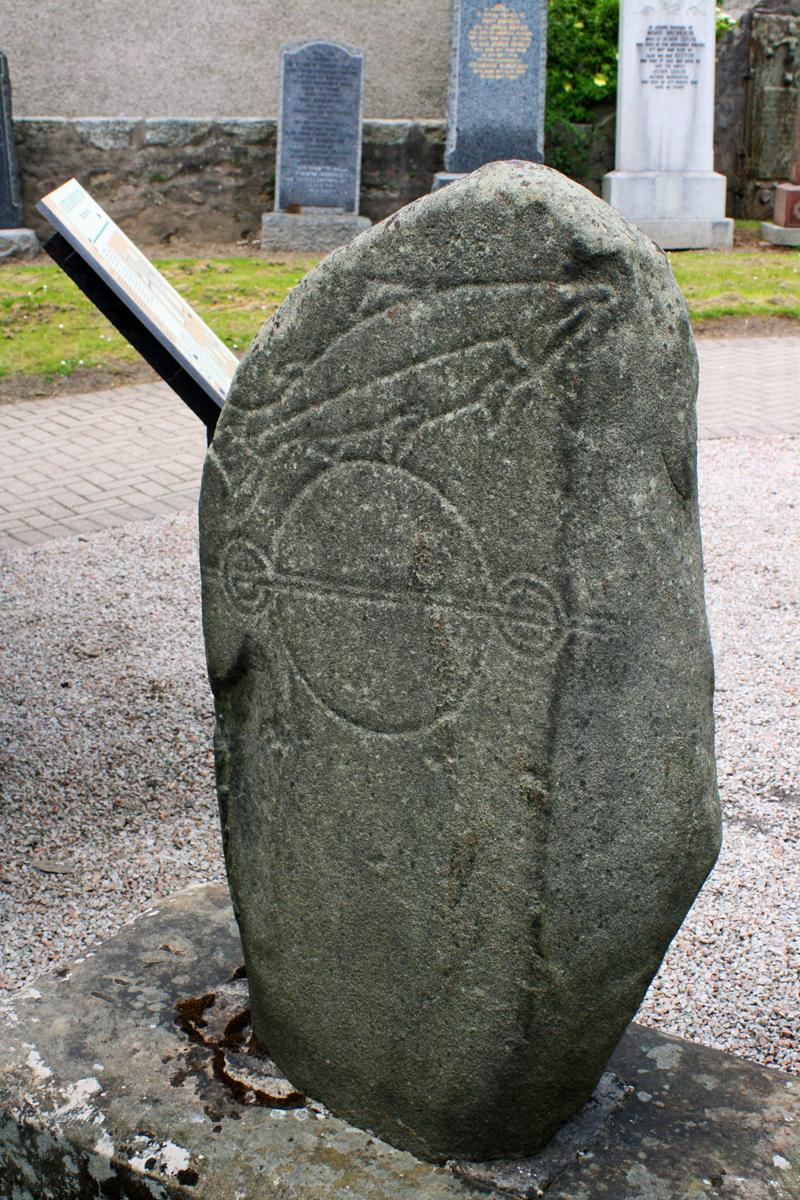 According to practically all the books on the symbolism of the stones, this symbol represents a cauldron with two side rings for hanging it over the fire. And it probably is, the cauldron does have a special significance in all symbol systems.  But some cauldrons are vertical and some horizontal, whilst some are horizontal with a central bar across. Some even appear to have handy sundials added.

You can see this on the stone from Abdie, even though it is not shown on the one from Kintore.

We believe the Abdie stone may be different - not a cauldron - and may be more helpful in unravelling the symbolism of the horizontal cauldron with line across, as it is paired with a V rod and crescent indicating that when this time comes something important is due to occur celestially.  And we think the important celestial thing is a TRANSIT of a planet across the Sun.

The important sacred geography the Picts identified, was based on linking ley lines that were essentially lines based on telluric currents. At times of high sun spot activity the currents are generally very active, but at times of transits, eclipses and so on the energy reduces and the place may no longer be a hot spot capable of producing a spiritual experience.  Hence the need to know about transits.

The two smaller circles are not drawn as rings and the centre larger circle is simply drawn as a large disc.  This, in other words is a different symbol. 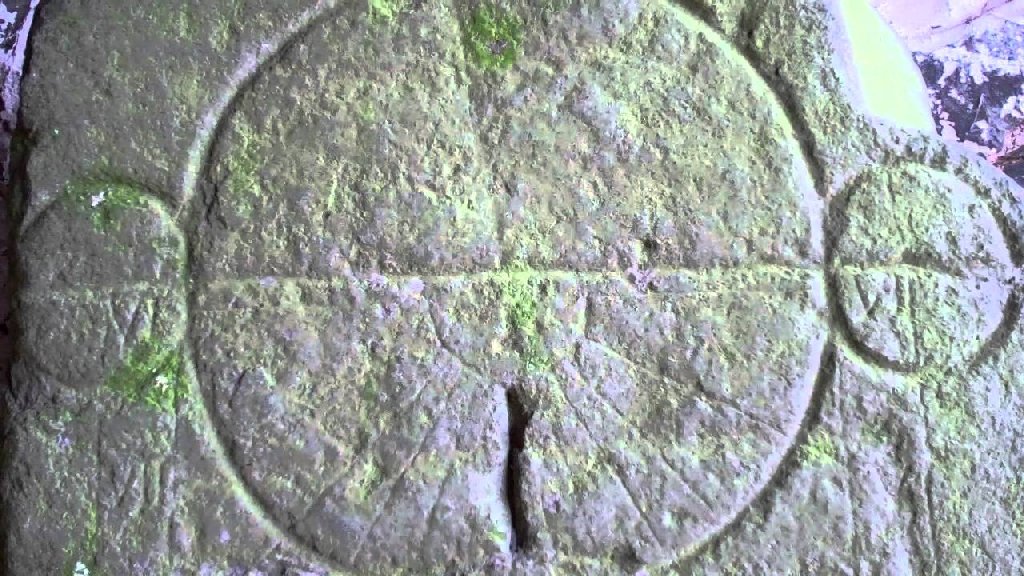 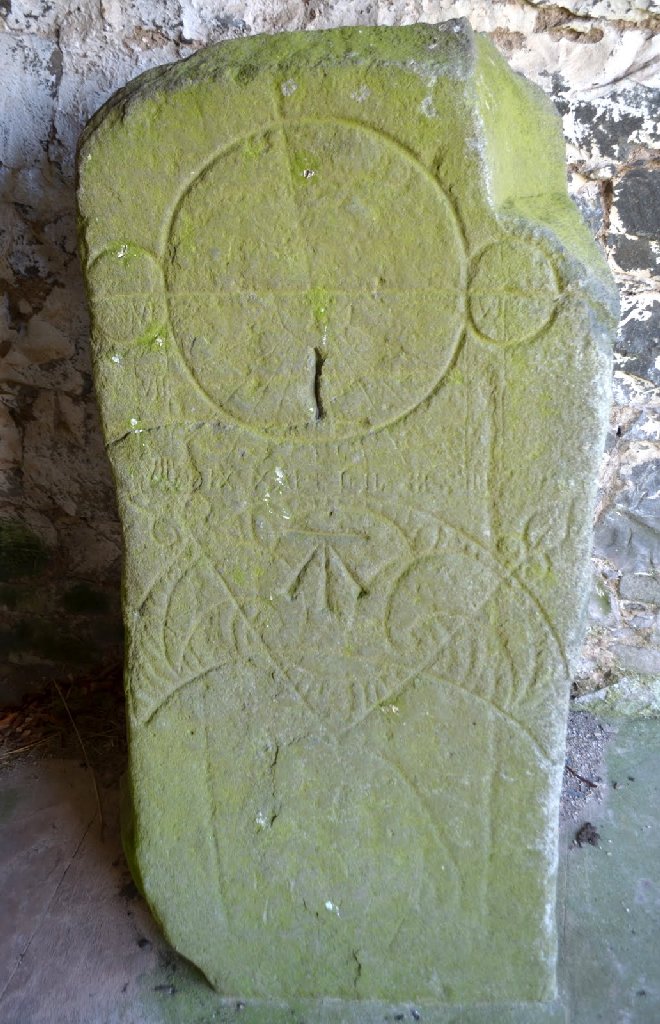 Mercury transit 2016: Planet about to make rare appearance as it moves across the sun - TomoNews