Scott, Sir Peter - The process of inspiration in painting 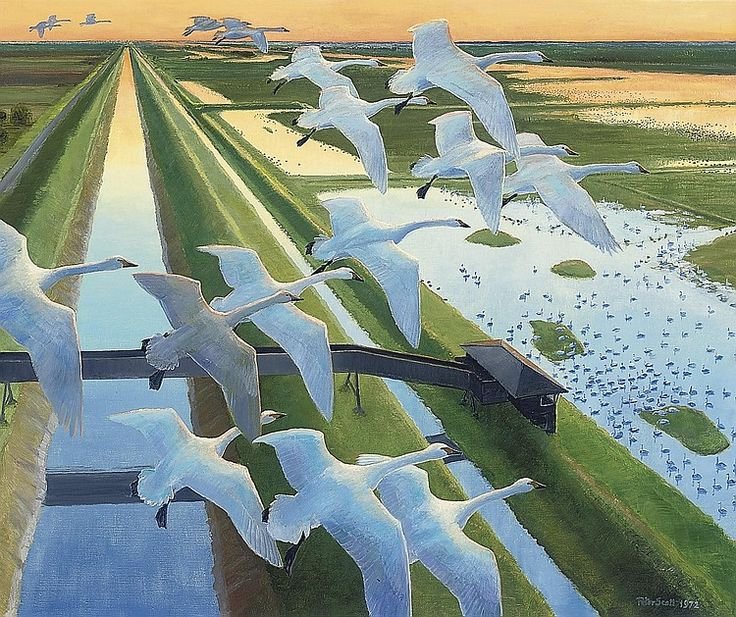 Oil paints rather than water-colours, and large canvases rather than small . . I selected both because I wanted to escape from the preoccupation with tiny detail which had so greatly affected my early work.

I painted from memory, which is to say that I did not find it necessary to have what I was painting in front of me as I worked. In the case of flying birds this would in any case scarcely have been practicable.

The preponderance of one influence over the other varied from picture to picture.

There is nothing unusual in this combination. It is a formula probably used for the majority of paintings now executed. Both kinds of translation give scope for artistic individuality-in one
case it is what the artist sees, in the other what he thinks.

What he feels may shine through either or both.

Being left handed
Communing with nature