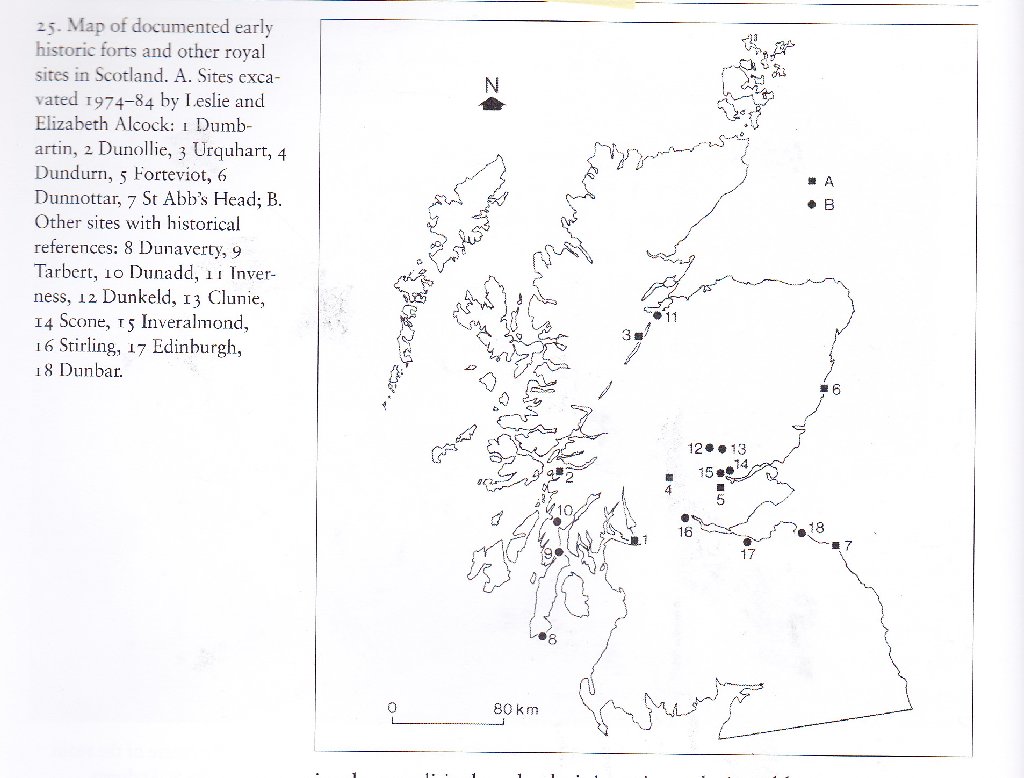 Symbolically a place where human beings reside but which is within the sacred geography layout is either called a castle or a palace – the term chosen being dependent on size and ‘rank’; the rank should be spiritual rank to be in line with sacred geography principles, but as time went on it tended to reflect power and wealth.

In search of the Picts – Elizabeth Sutherland
FORTS, PALACES AND PIT-PLACES

Pictland, as we have seen, was roughly divided into seven provinces, each ruled by, a king who may have been capable of becoming a high-king. Each provincial king is said to have ruled over seven lesser lords, and there were about half a million subjects scattered throughout the country with the bulk of them living in the north and east.

The number seven may have had a mystical meaning not to be taken literally, but the point is that each province had its own king and under him a number lesser landowners and their retainers.

These lesser landowners may have been relatives of the provincial king. Apart from administering their territory and collecting dues in kind from the local farmers, they may have paid taxes to their overlords and provided warriors for battles and the small inter-tribal or inter-family skirmishes which were part of daily life.

Of course borders would shift from time to time, overlords would be overthrown and kings killed or deposed. Each regional set-up seems to have been a minor reflection of the national system where the high-kings would have expected the backing of the provincial kings. The clan system of later years was itself a modified reflection of Pictish society.

In the Pictish system there would thus have been seven major fortress/palaces, followed by a whole host of castles.  All these would have been separate from an in addition to the citadels that reflected the holy of holies, the sanctuaries that were based on the cosmic egg and the cross, and dedicated to the Intelligences – the gods, not human beings.

The View over Atlantis – John Michell
The former dedication of each place to the god associated with a certain planet …..