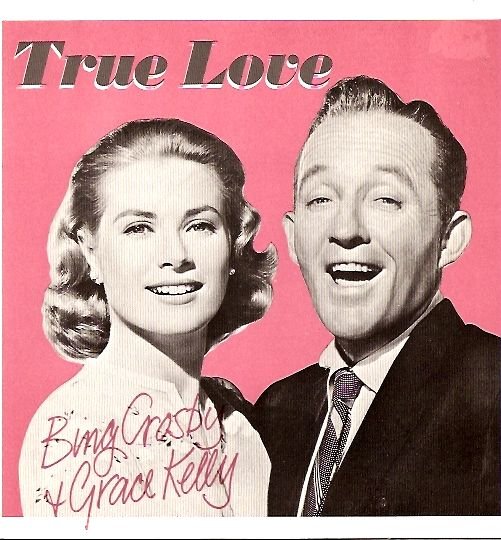 "True Love" was nominated for the Academy Award for Best Song. The Crosby–Kelly version, accompanied by Johnny Green's MGM studio orchestra using a romantic arrangement by Conrad Salinger, was a hit single, peaking No. 4 in the United States and No. 4 in the UK.

Kelly's contribution on the record is relatively minor, duetting with Crosby on only the final chorus. Nonetheless, the single is co-credited to her and became her only gold record. It was Crosby's 21st gold record.

Suntanned, windblown
Honeymooners at last alone
Feeling far above par
Oh, how lucky we are

For you and I have a guardian angel
On high, with nothing to do
But to give to you and to give to me
Love forever true