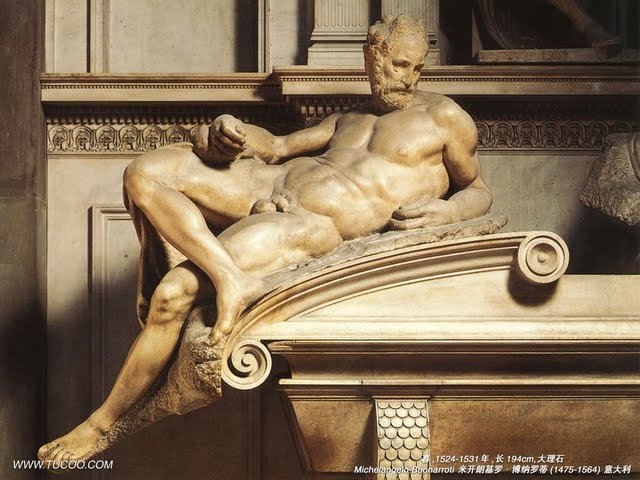 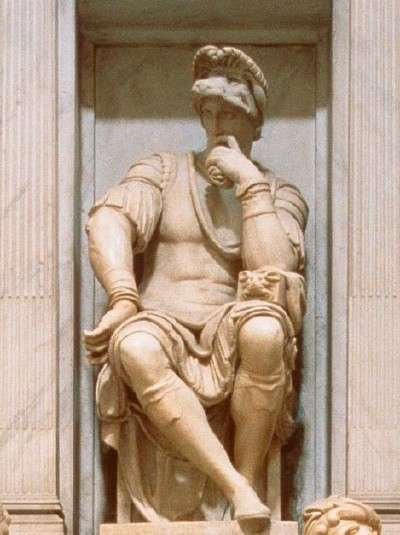 In 1520 the Medici came to Michelangelo with a grand proposal, this time for a family funerary chapel in the Basilica of San Lorenzo. Fortunately for posterity, this project, occupying the artist for much of the 1520s and 1530s, was more fully realised. Michelangelo used his own discretion to create the composition of the Medici Chapel, which houses the large tombs of two of the younger members of the Medici family, Giuliano, Duke of Nemours, and Lorenzo, his nephew. It also serves to commemorate their more famous predecessors, Lorenzo the Magnificent and his brother Giuliano, who are buried nearby. The tombs display statues of the two Medici and allegorical figures representing Night and Day, and Dusk and Dawn. The chapel also contains Michelangelo's Medici Madonna. 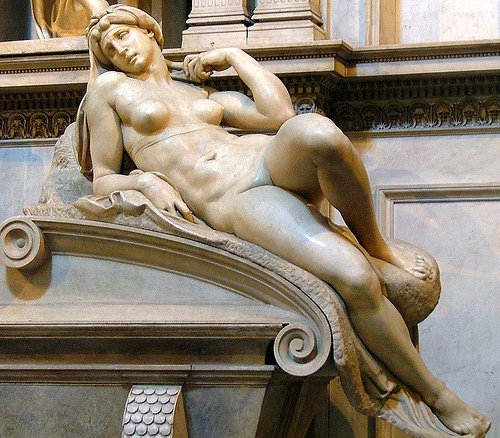