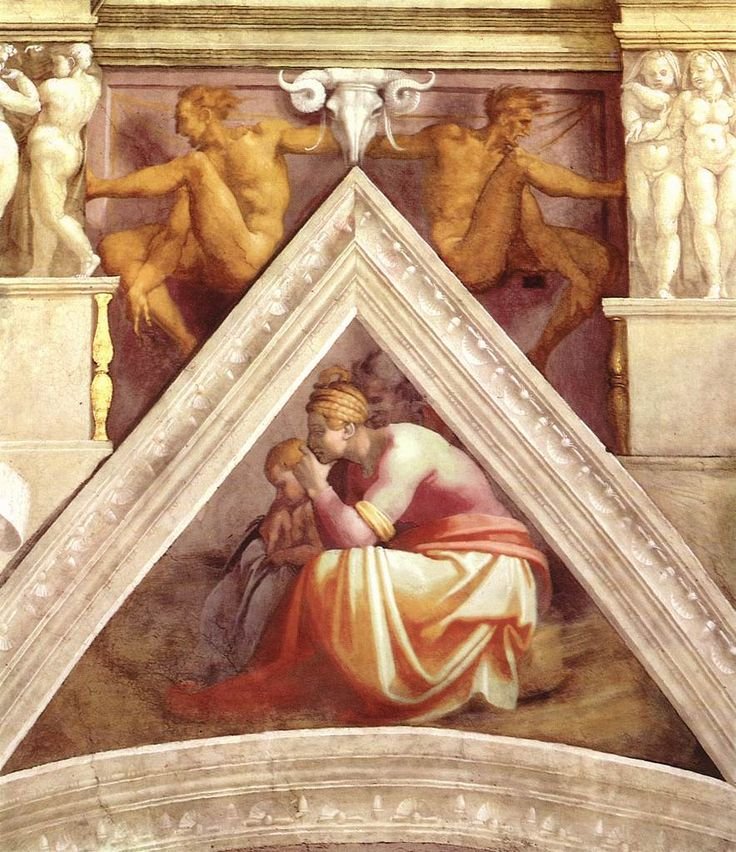 Between the pendentives are triangularly shaped arches or spandrels cut into the vault above each window.  A spandrel  is the space between two arches or between an arch and a rectangular enclosure.  There are eight triangular spandrels. 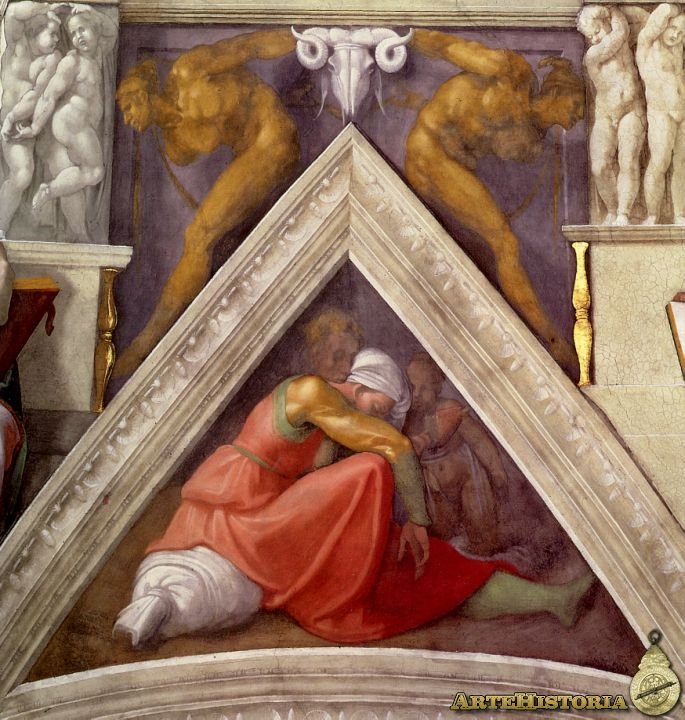 Triangles and cones are synonymous symbols and are absolutely fundamental symbols in any symbol system.  The Levels and layers – Elements - are divided up into a massive number of cones of Spirit.  Another way of looking at this may be to think of them as shards of Spirit or Pyramids of programmed Energy.  Each cone belongs to a physical thing, so you me, a tree , a plant a dog, a flower and so on, each thing has its own cone of energy.  Part of the cone is perceptible – in effect we can perceive it with our 5 senses.  But a large part of it is not perceptible because it is of a higher level of vibrational Energy. 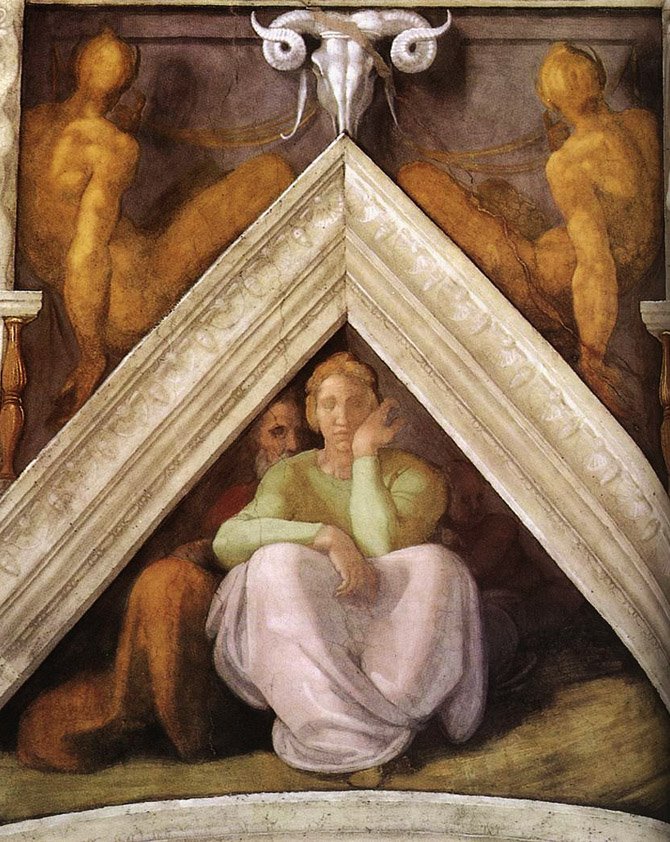 In Michelangelo’s scheme, he recognised that everyone was part of the world or realm of spirit.  It is a statement of inclusion, a way of showing that everyone has their place in the Great Work and the scheme of things.  The number eight symbolically is often used to mean the Word, but here it appears to have been used as a symbol of the Great Work – that we all have a destiny even the most ordinary – and Michelangelo has indeed made them look as ordinary as a genius can do!

It is quite amusing to see the guide book explanations for these spandrels, as they are passed off as ‘family’ – but this is if itself significant, we are  all of the family of man, which includes all the other more exalted figures inter-connected via the World soul.  And here the figure eight is significant as eight and infinity share a common symbolism.  The symbol of infinity represents the Higher spirit.  Thus again we have the family of man linked via their Higher spirits. 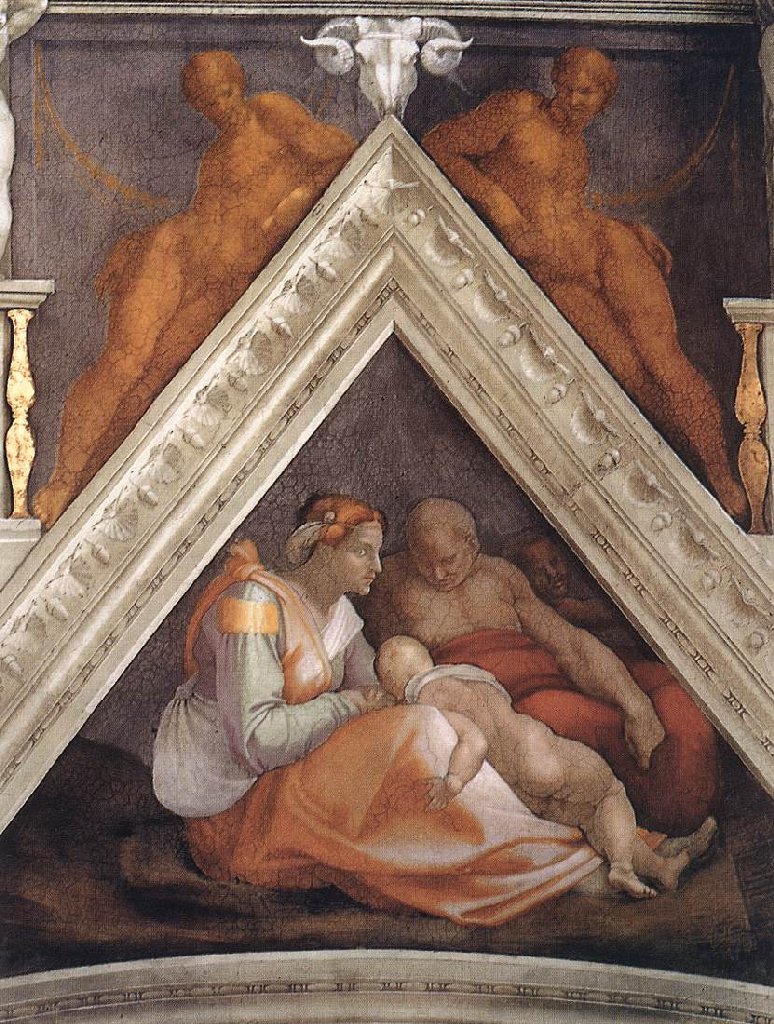 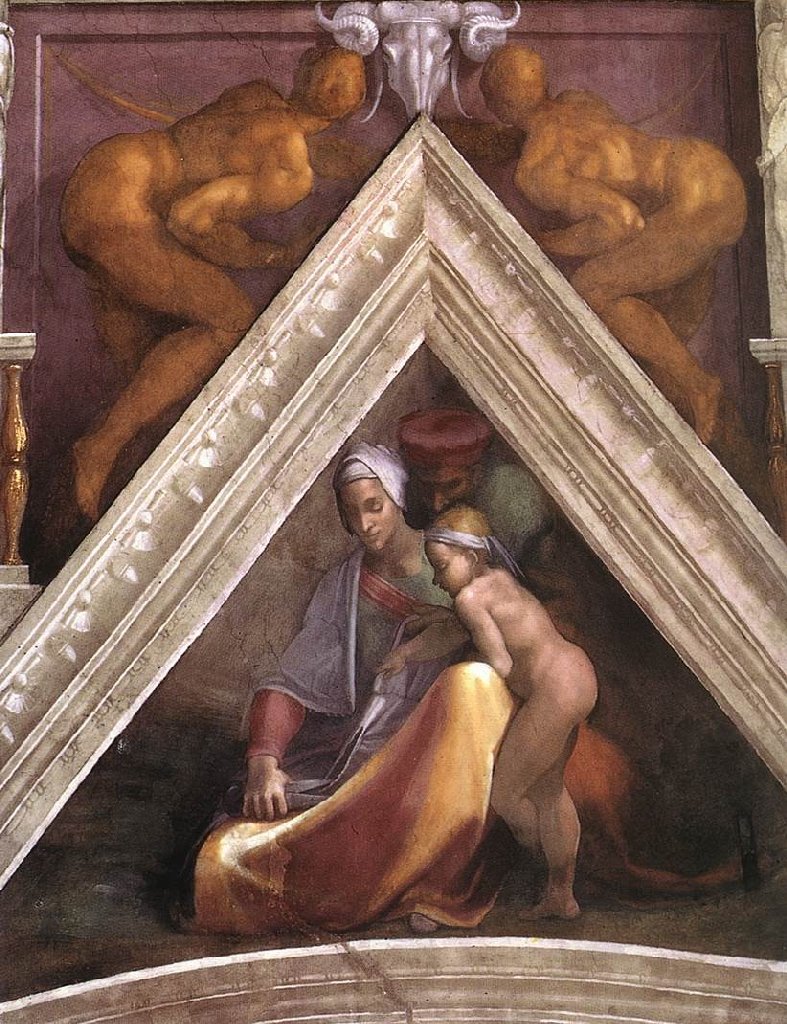 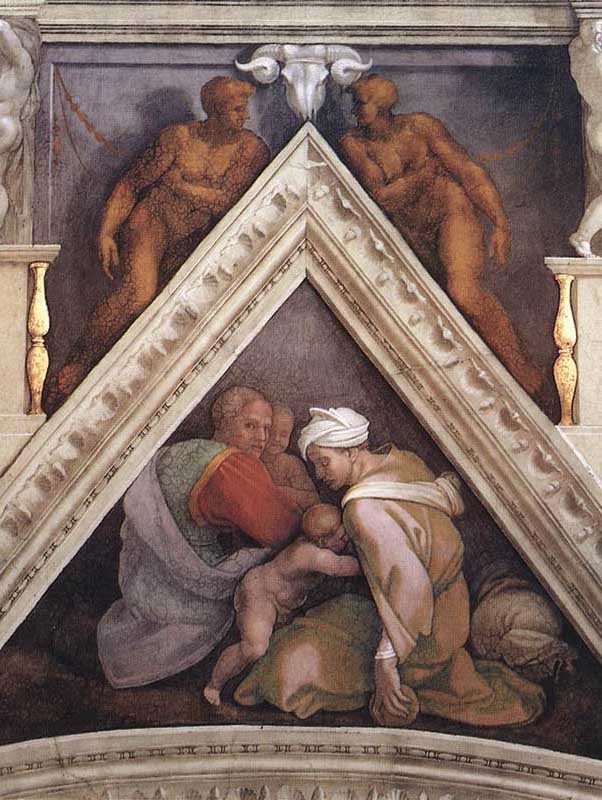 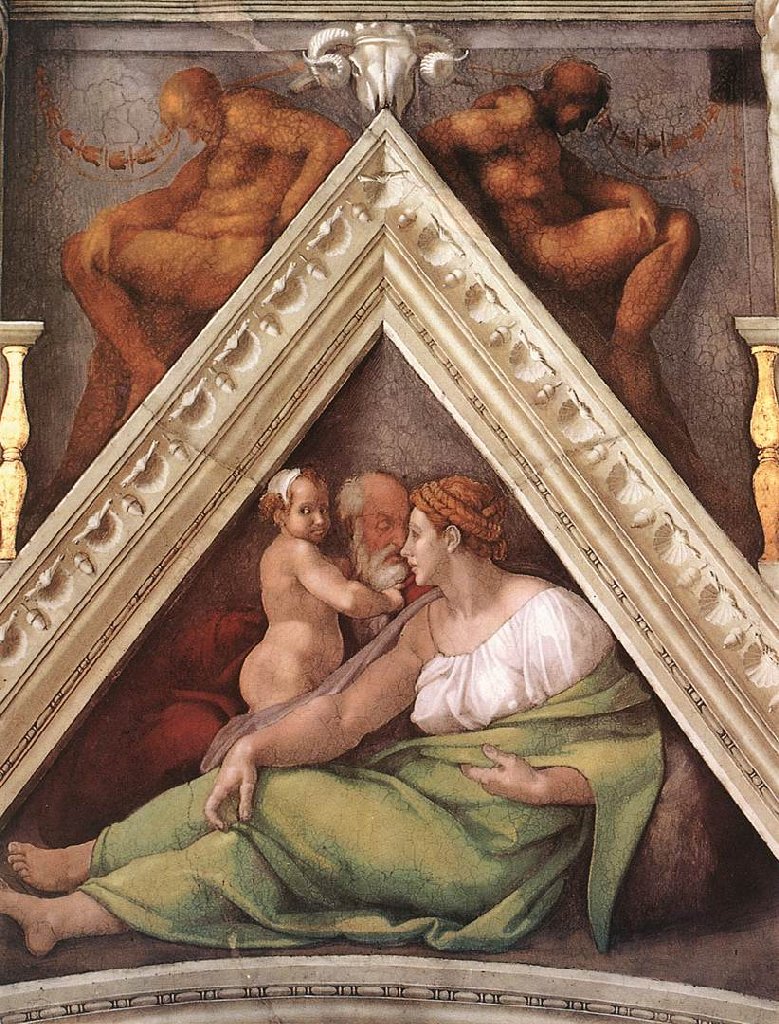 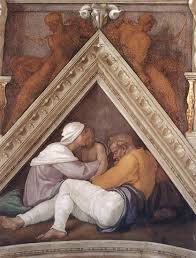