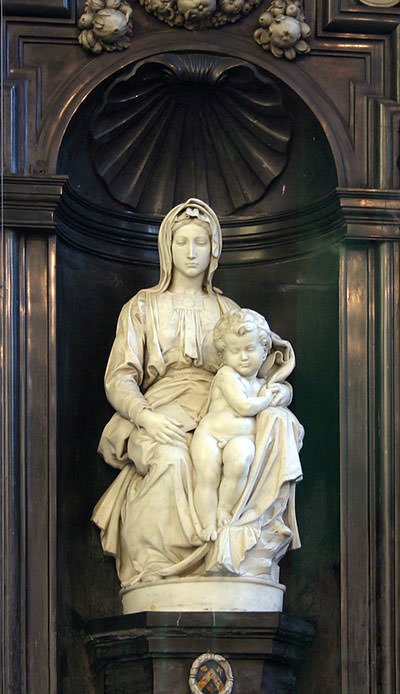 The Bruges Madonna was, at the time of its creation, unlike other such statues depicting the Virgin proudly presenting her son. Here, the Christ Child, restrained by his mother's clasping hand, is about to step off into the world.

Madonna and Child shares certain similarities with Michelangelo's Pietà, which was completed shortly before--mainly, the chiaroscuro effect and movement of the drapery. The long, oval face of Mary is also reminiscent of the Pietà.

The work is also notable in that it was the only sculpture by Michelangelo to leave Italy during his lifetime. It was bought by Giovanni and Alessandro Moscheroni (Mouscron), from a family of wealthy cloth merchants in Bruges, then one of the leading commercial cities in Europe. 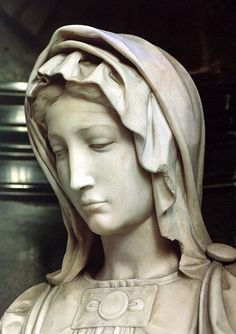 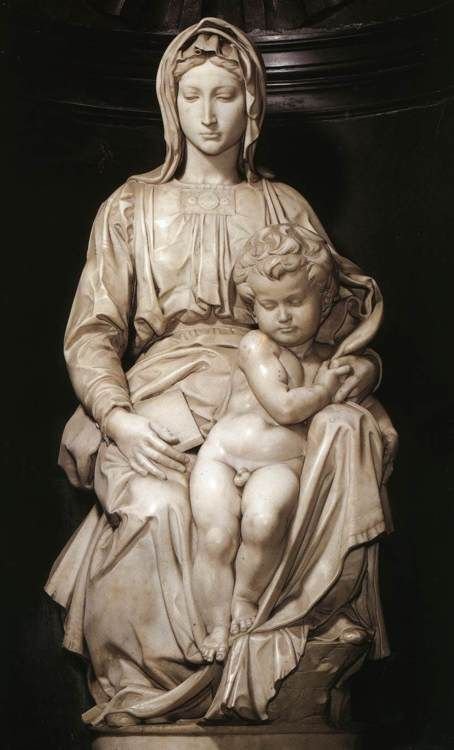