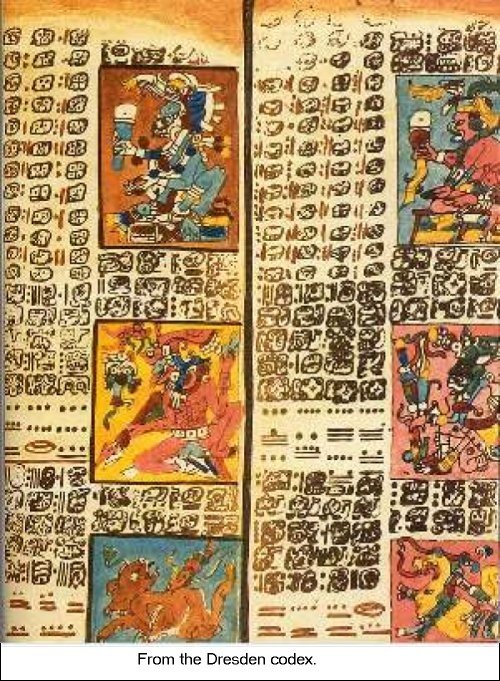 AND HERE THEIR FATHER IS PUT BACK TOGETHER BY THEM. They put Seven Hunahpu back together; they went to the Place of Ball Game Sacrifice to put him together. He had wanted his face to become just as it was, but when he was asked to name everything, and once he had found the name of the mouth, the nose, the eyes of his face, there was very little else to be said. Although his mouth could not name the names of each of his former parts, he had at least spoken again.

And so it remained that they were respectful of their father's heart, even though they left him at the Place of Ball Game Sacrifice:

"We merely cleared the road of your death, your loss, the pain, the sufferings that were inflicted upon you."

And .such was the instruction they gave when all the Xibalbans had been finally defeated. And then the two boys ascended this way, here into the middle of the light, and they ascended straight on into the sky, and the sun belongs to one and the moon to the other. When it became light within the sky, on the face of the earth, they were there in the sky.

And then the Four Hundred Boys climbed up, the ones who were killed by Zipacna.  And so they came to accompany the two of them, they became the sky’s own stars.