Homer - The Iliad - The Hours 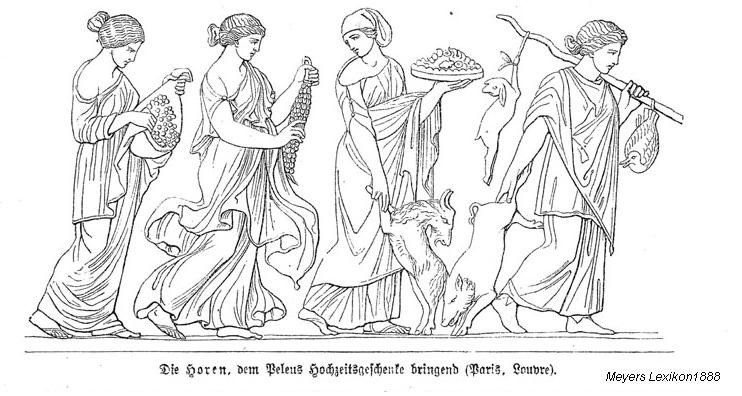 ‘The Hours’ or in Greek the Horai or Horae were three goddesses, whose specific role was to control the way that a person’s life proceeded.  They are thus not hours of the clock in the sense we might first  literally perceive it, but the Hours as we have seen it portrayed allegorically as a spiritual path.  This is further reinforced by the fact that their half-sisters were  the Moirae – the fates.

It is worth noting that in later texts, particularly when the gods were adopted by the Romans, the name of 'the Hours' was preserved, but a new set of gods was invented with different symbolic meaning – more in line with literal meaning. 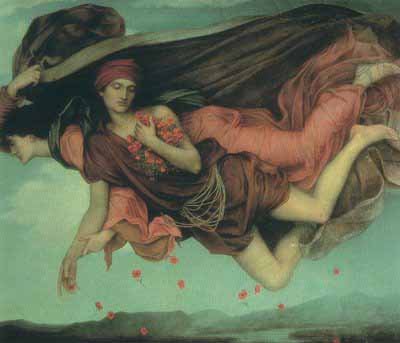 Nyx Primordial Goddess Of The Night

Juno lashed her horses, and the gates of heaven bellowed as they flew open of their own accord--gates over which the Hours preside, in whose hands are heaven and Olympus, either to open the dense cloud that hides them or to close it. Through these the goddesses drove their obedient steeds.