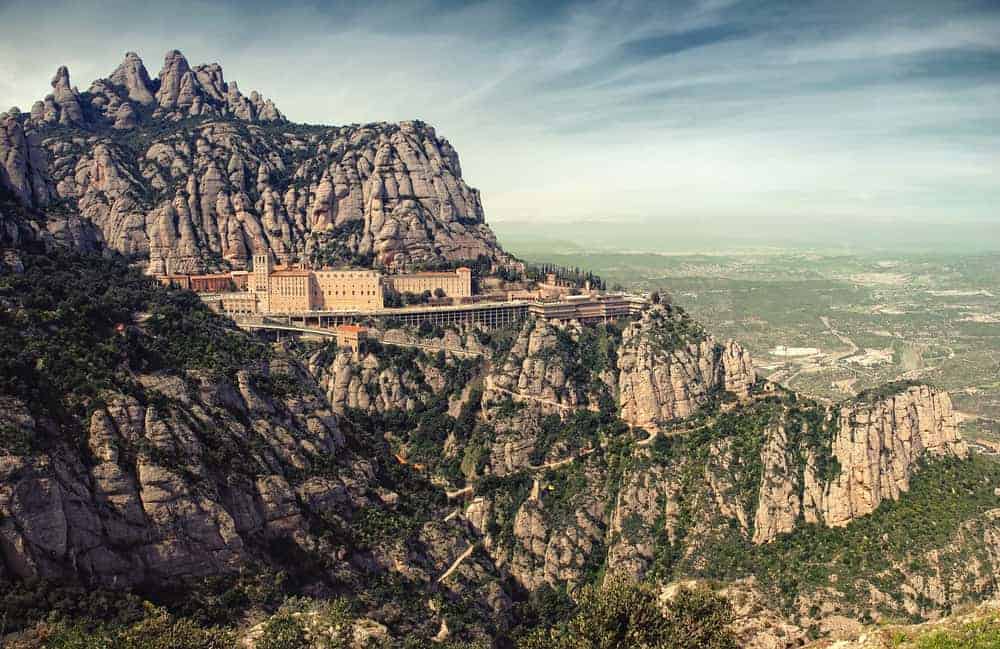 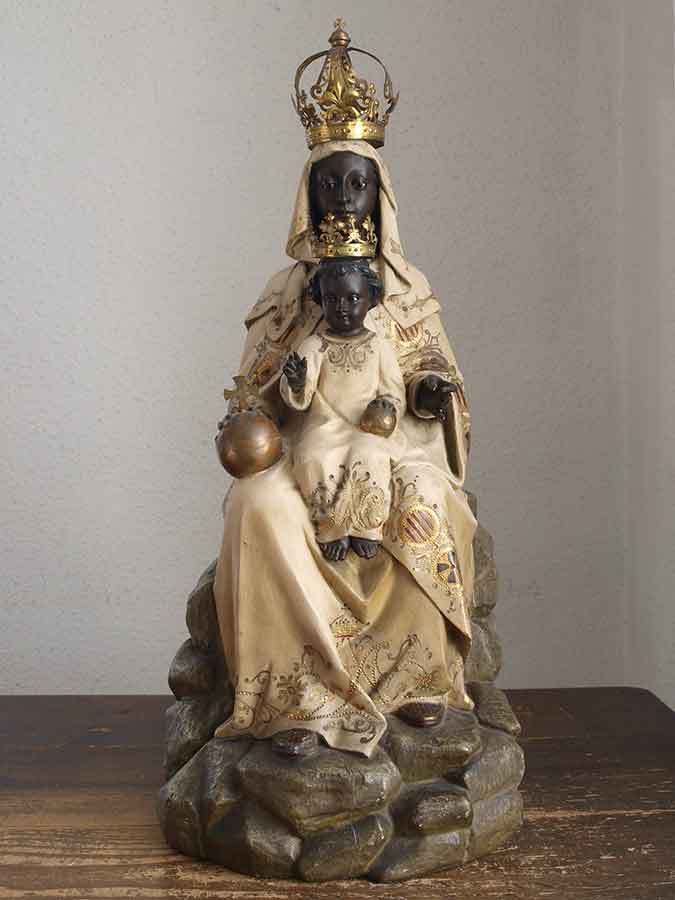 The sanctuary of the Santa Cova is accessed by a path, called the Camí de la Santa Cova, carved along the ridge of the mountain. It was built between 1691 and 1704, thanks to the patronage of Gertrudis de Camporrell, marquess of Tamarit.

Between 1896 and 1916, a series of sculptures were placed along the camí, dedicated to the rosary and the 15 mysteries of the Virgin.  Gaudí contributed to this group project, the Rosary of Montserrat (1900–1916). The project involved the best architects and sculptors of the era. Gaudí designed the First Mystery of Glory. The First Mystery of Glory is the Resurrection of Jesus. 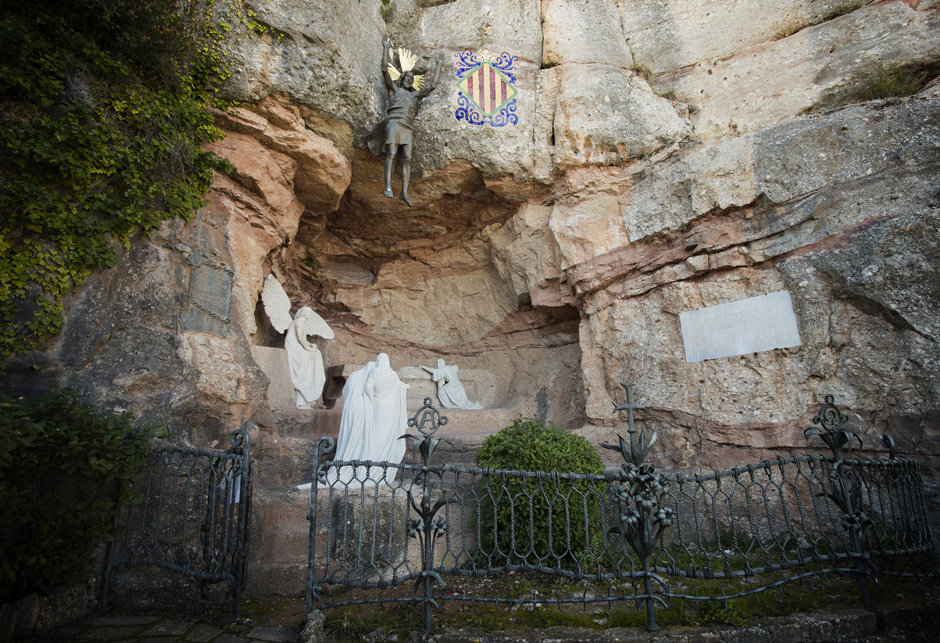 Gaudí dug a big cave into the rock to set up the tomb, and made just some of the images that make up the current ensemble. The sculptures of the angel and Christ Risen are works by Josep Llimona (1864-1934). The Three Marys were sculpted by Dionís Renart (1903-1619), following Llimona’s sketches. The enclosing fence was crafted at Ballarín House according to a project by architect Jeroni Martorell, who also directed the culmination of the Mystery’s works. The ensemble is crowned by the Catalan coat of arms, made using Gaudí’s technique trencadís –also known as pique assiette- embedded into the rock, a work by Jaume Bayó. 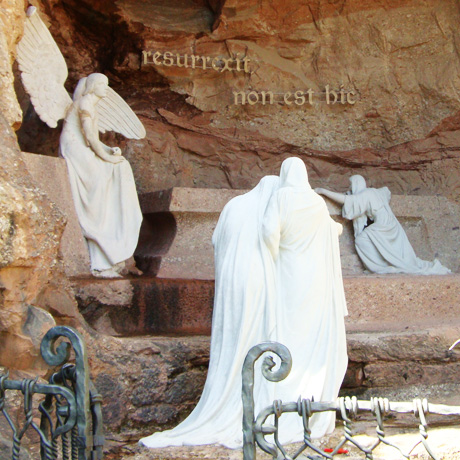 The First Mystery of Glory of Montserrat’s Monumental Rosary was restored in around 2015 to try to return it to its original design. The promoters of this work were Montserrat’s Abbey, Diputació de Tarragona (Council of Tarragona), the Direcció General del Patrimoni Cultural (General Management of the Cultural Heritage) and Institut Català del Sòl – INCASÒL (Catalan Institute of the Land – INCASÒL).

The changes included relocation of Christ Resuscitated back to where Gaudí’ had envisaged it; the restitution of the inscription Ressurrexit, non est hic and the cleaning of the area of the dug cave and the tomb. The restoration also included the sculpture of the angel; the sculptural group of The Three Marys; the offering plaques, the coat of arms and the enclosing fence. The garden in front of the First Mystery of Glory and the vantage point with a stone bench were rebuilt.

Another monumental project designed by Gaudí for Montserrat was never carried out: it would have included crowning the summit of El Cavall Bernat (one of the mountain peaks) with a viewpoint in the shape of a royal crown, incorporating a 20 metres (66 ft) high Catalan coat of arms into the wall.