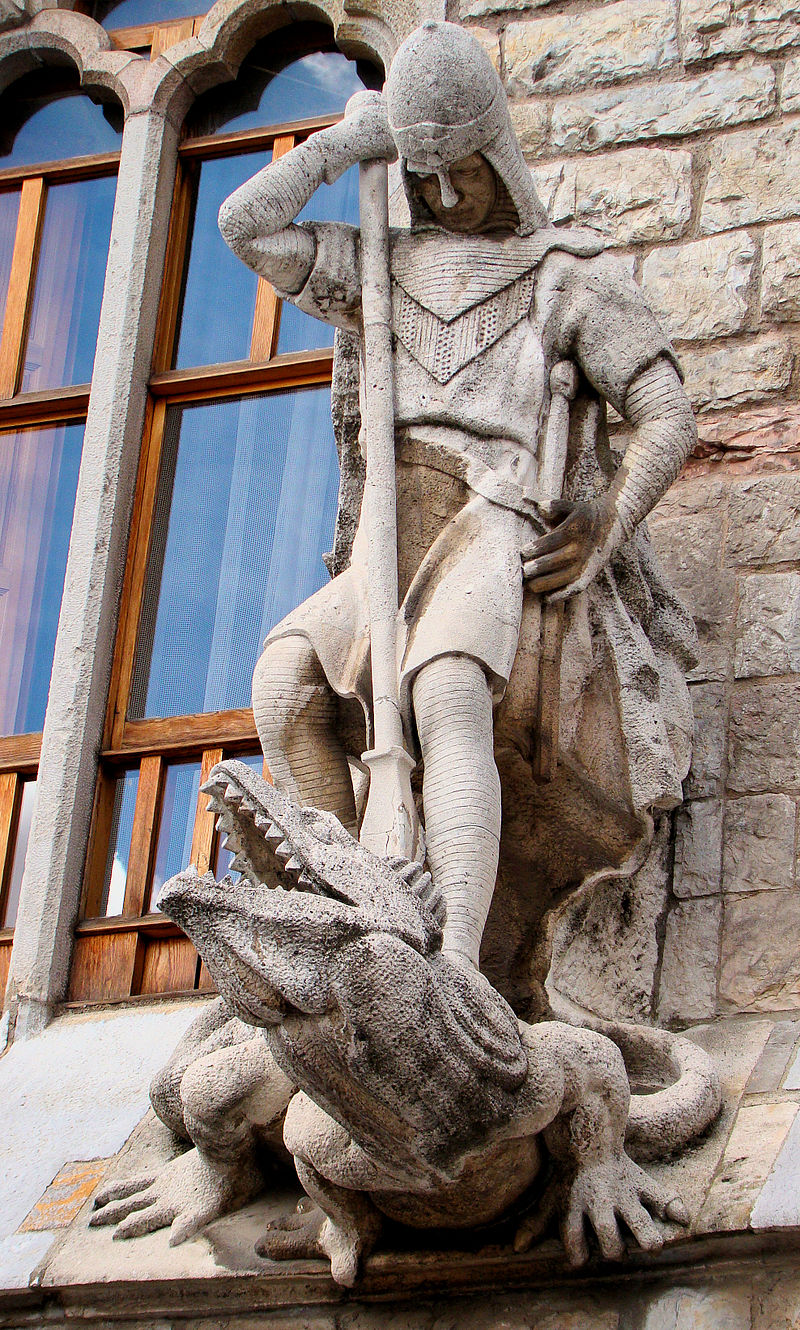 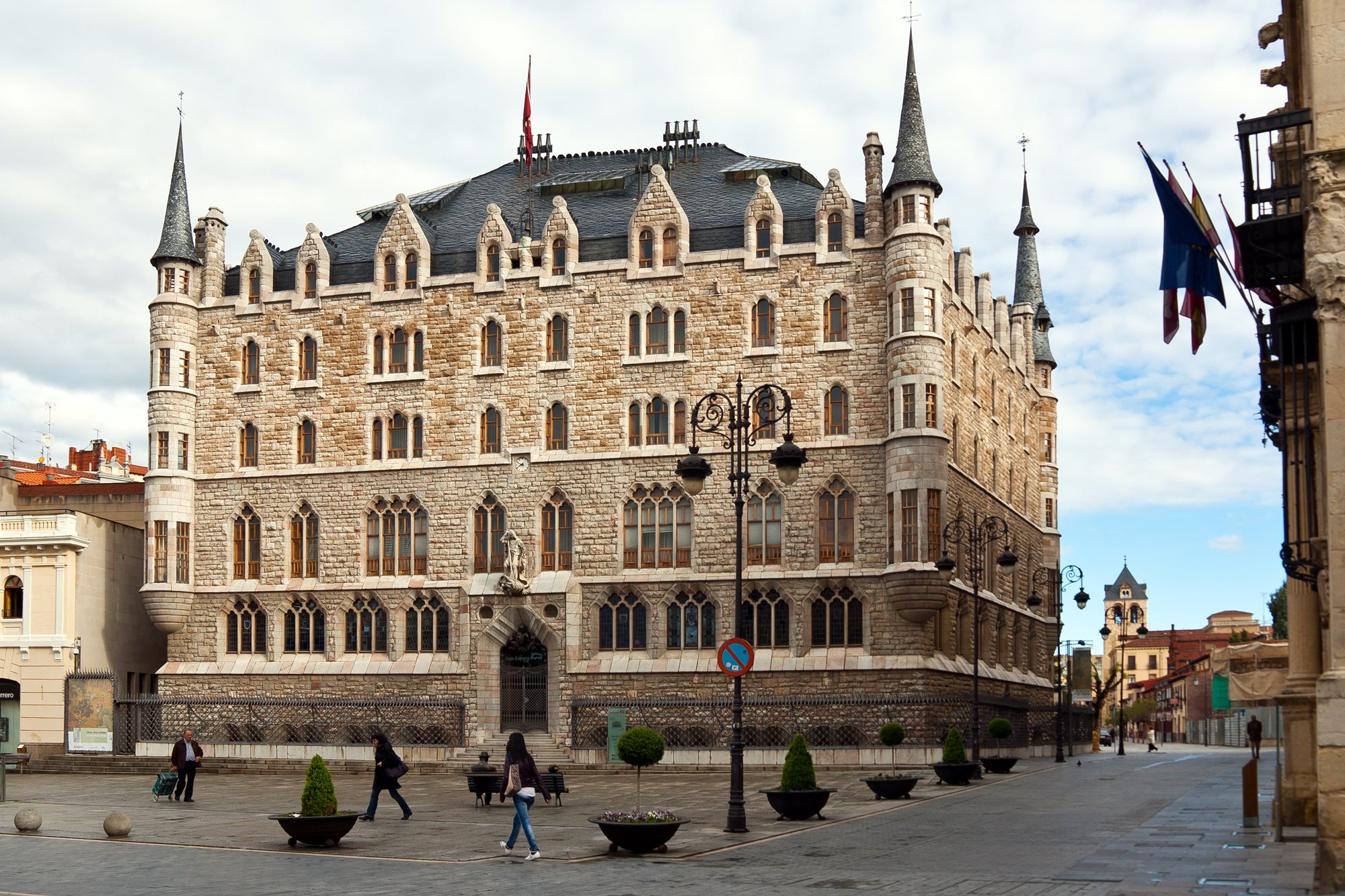 While Gaudí was finishing the construction of the Episcopal Palace of Astorga, his friend and patron, Eusebi Güell recommended that he build a house in the center of León for two of his business colleagues.

As such this building is not strictly speaking a direct Güell commission, on the other hand, Simón Fernández and Mariano Andrés, the owners of a company that bought fabrics from Güell, commissioned Gaudí on Güell’s recommendation. The house's name comes from the last name of the company's former owner, Joan Homs i Botinàs.

In 1929, the savings bank of León, Caja España, bought the building and adapted it to serve as the headquarters of Caja España, a local savings bank. In 2010 the bank merged with other similar institutions as part of Spain's response to the economic crisis.

The Casa Botines was built between 1891-1894.  The building was, at the time, used to accommodate offices and textile shops on the lower floors, as well as apartments on the upper floors. It was constructed with walls of solid limestone. The building is flanked by four cylindrical turrets surmounted by slate spires, and surrounded by an area with an iron grille. The Gothic facade style, with its cusped arches, has a clock and a sculpture of Saint George and the Dragon, the work of Llorenç  Matamala. 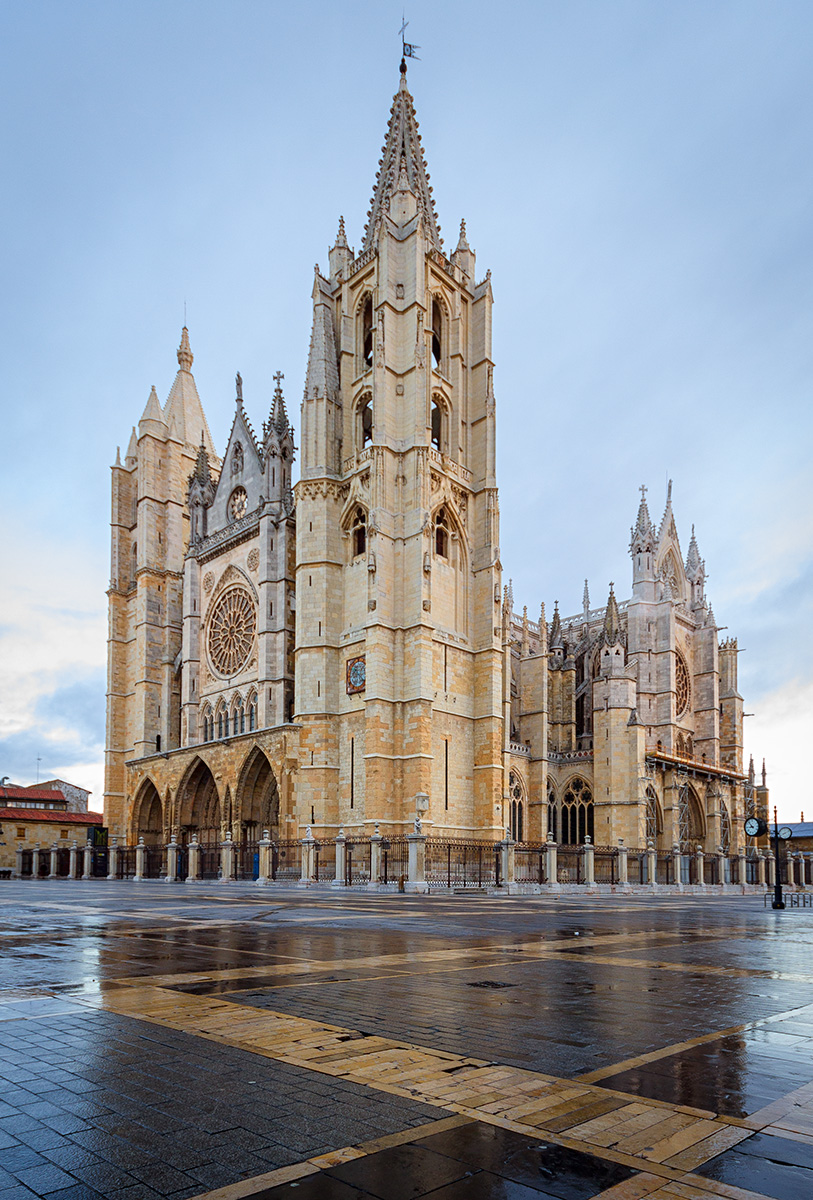 León is the capital of the province of León, located in the northwest of Spain. It was once part of the Kingdom of Asturias and in 910 it became the capital of the Kingdom of León, which took active part in the Reconquista against the Moors. In 1188, the city hosted the first Parliament in European history under the reign of Alfonso IX.  The Decreta of León were included in the Memory of the World register by UNESCO in 2013.

It became a prominent participant in the uprisings of the Spanish War of Independence, and some years later, in 1833 acquired the status of provincial capital. The end of the 19th and the 20th century saw a significant acceleration in the rate of urban expansion, when the city became an important communications hub of the northwest due to the rise of the coal mining industry and the arrival of the railroad.

León's historical and architectural heritage, the numerous festivals hosted throughout the year and its location on the French Way of the Camino de Santiago, which is ranked as a UNESCO World Heritage Site, made it a very important city.

And Gaudi set out from the outset to respect the architectural style of its buildings and its history.  Some of the city's most prominent historical buildings are

·        the Cathedral, one of the finest examples of French-style classic Gothic architecture in Spain

·        the Basilica of San Isidoro, one of the most important Romanesque churches in Spain and resting place of León's medieval monarchs and

·        the Monastery of San Marcos, an example of plateresque and Renaissance Spanish architecture 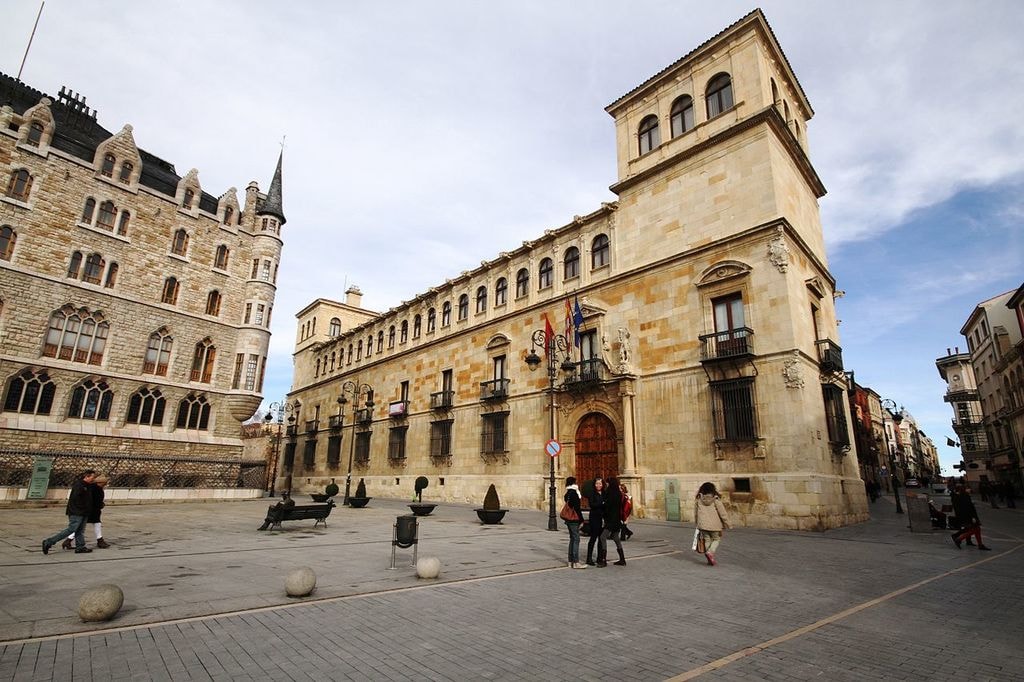 As such the style used by Gaudi was specifically chosen to complement and blend in with these important buildings.  He  deliberately designed a building with a medieval air and numerous neo-Gothic characteristics.

The building consists of four floors, a basement and an attic. Gaudí chose an inclined roof and placed towers in the corners to reinforce the project's neo-Gothic feel. To ventilate and illuminate the basement, he created a moat around two of the façades, a strategy that he would repeat at the Sagrada Família in Barcelona.

Gaudí placed the owners' dwellings on the first floor. These are accessed, respectively, by independent doors in the lateral and back façades. The upper floors house rental property and the lower floor contains the company offices. The building's principal entrance is crowned by a wrought iron inscription with the name of the company and by a stone sculpture of Saint George shown as he is slaying a dragon. During the restoration of the building in 1950, workers discovered a tube of lead under the sculpture containing the original plans signed by Gaudí and press clippings from the era. 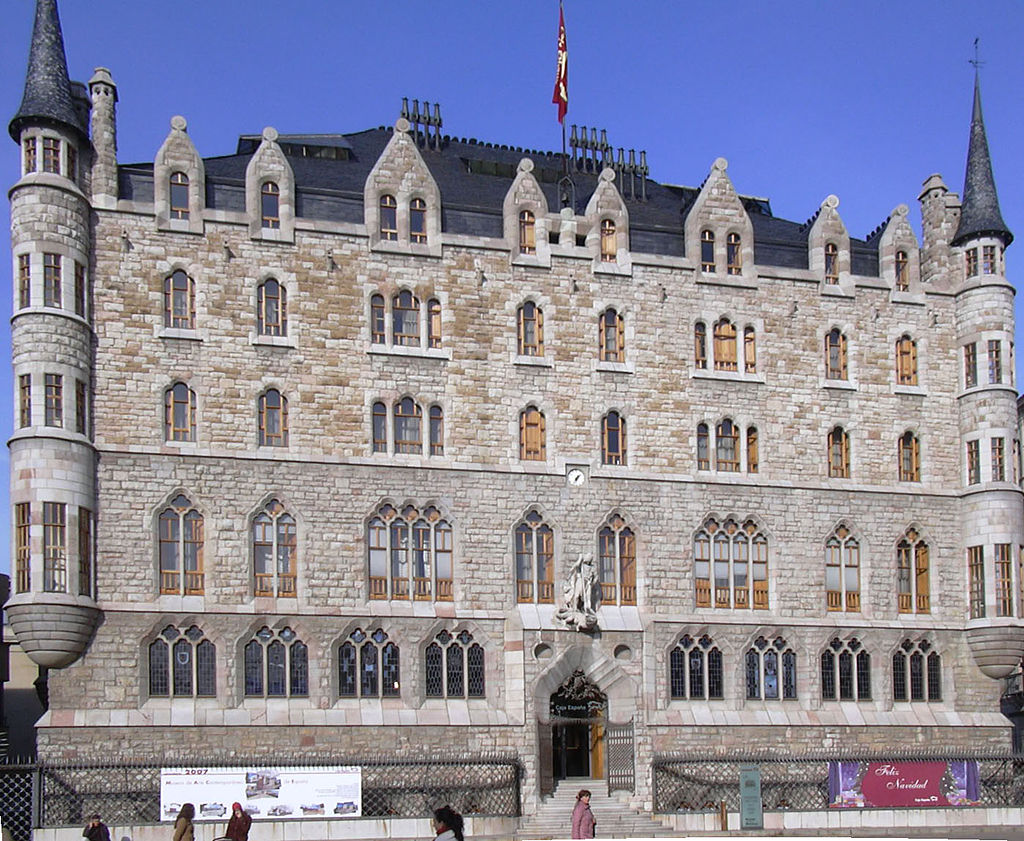 The foundations of the Casa de los Botines were a subject of debate during the building's construction. Gaudí had envisioned a continuous base, like that of the city's cathedral. However, local technicians insisted on constructing on pilotis to make the floor, located at a great depth, more resistant. Despite rumors that the building would collapse during construction, the house has never had structural problems. On the ground floor, the architect used —for the first time— a system of cast-iron pillars in a frame structure, allowing for a more open plan, without the need for the load-bearing walls to distribute it. Also unlike Gaudí's previous projects, the façades of Casa de los Botines have a structural function.

On the inclined roof, six skylights supported by iron tie-beams illuminate and ventilate the attic. The ensemble is supported on a complex wooden framework.