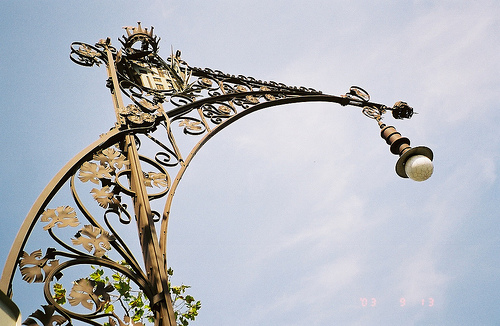 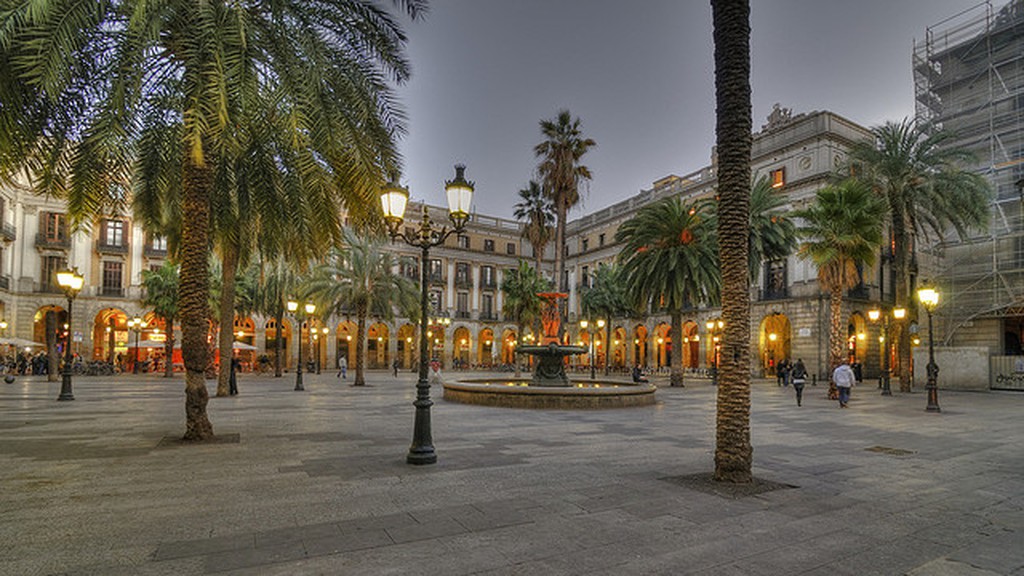 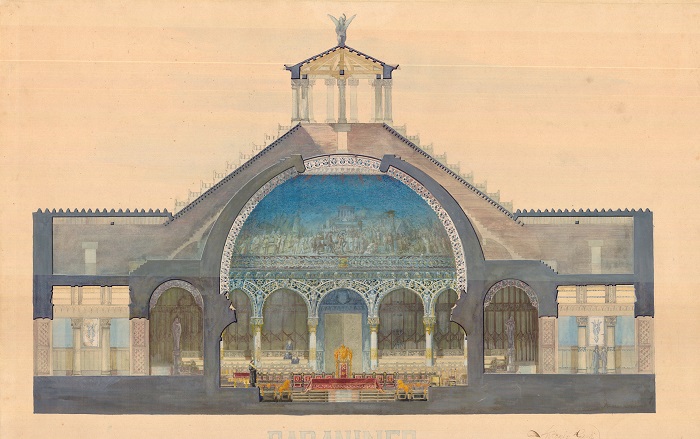 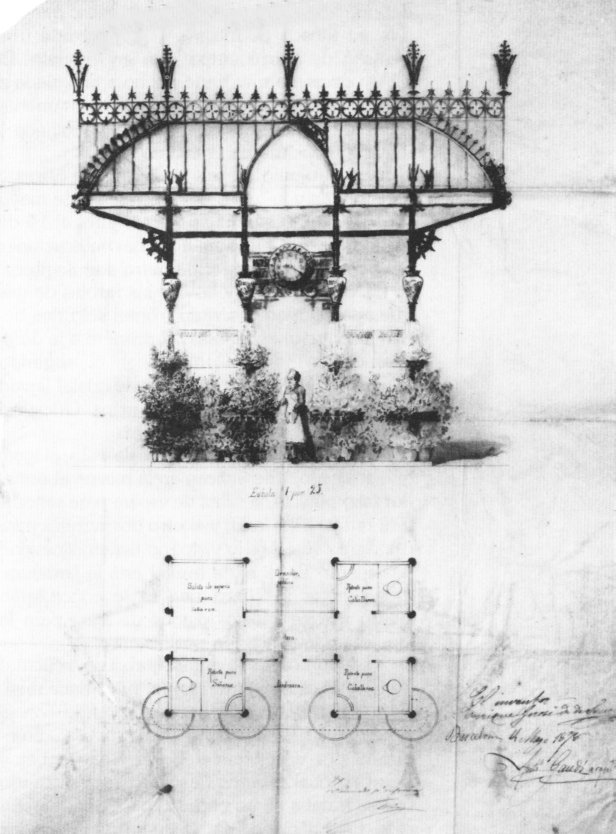 Gaudí's first projects were the lampposts he designed for the Plaça Reial in Barcelona, the unfinished Girossi newsstands, and the Cooperativa Obrera Mataronense (Workers' Cooperative of Mataró) building.

Lamp posts - After his graduation as an architect in 1878, Gaudí's first work was a set of lampposts for the Plaça Reial.  He received the request from the city council of Barcelona in February 1878, when he had graduated but not yet received his degree, which was sent from Madrid on 15 March of the same year. For this commission he designed two types of lampposts: one with six arms, of which two were installed in the Plaça Reial, and another with three, of which two were installed in the Pla del Palau, opposite the Civil Government. The lampposts were inaugurated during the Mercè festivities in 1879. Made of cast iron with a marble base, they have a decoration in which the caduceus  is prominent, the emblem of Barcelona.

The Girossi newsstands project, which was never carried out, was a commission from the tradesman Enrique Girossi de Sanctis.

It would have consisted of 20 newsstands, spread throughout Barcelona. Each would have included a public lavatory, a flower stand and glass panels for advertisements as well as a clock, a calendar, a barometer and a thermometer. Gaudí conceived a structure with iron pillars and marble and glass slabs, crowned by a large iron and glass roof, with a gas illumination system. 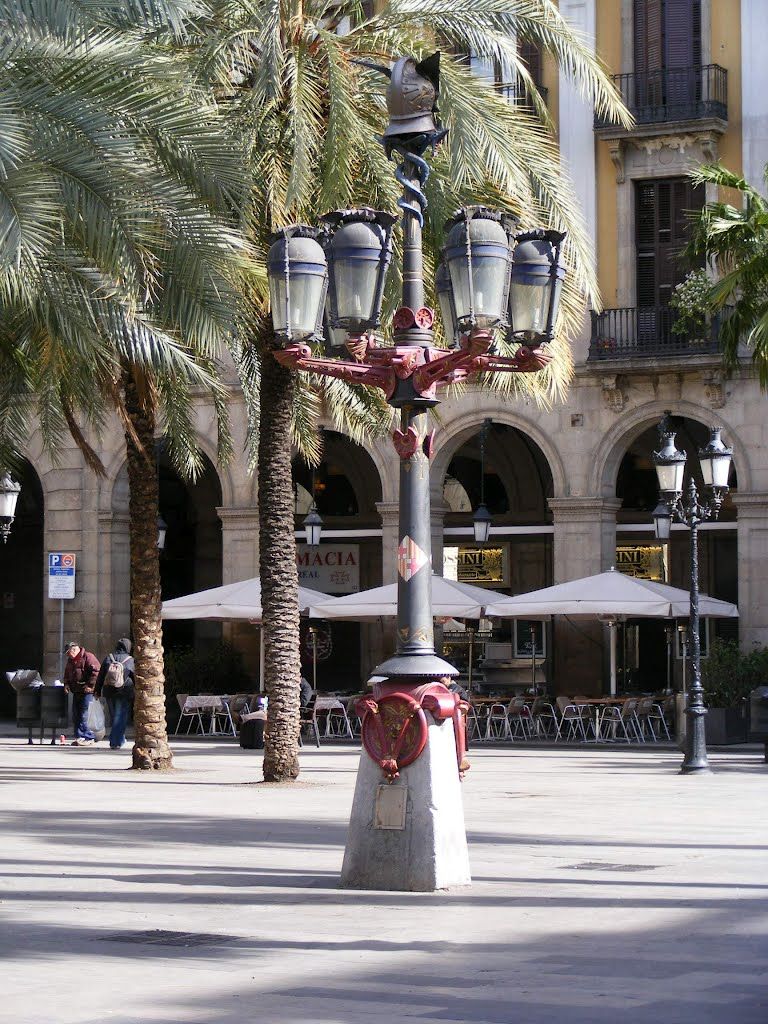 Beauty, art and music
Being left handed
Believing in the spiritual world
Communing with nature