Very little is known of the so called Dionysian frenzy other than that it was abandoned frenetic and performed over some time. It seems to have been almost equivalent to today’s rave dancing in that it was accompanied by drums and other instruments, involved the use of flashing lights [candles, torches and fires] and required a pretty abandoned sort of style.

There is every reason to believe that the Dionysian frenzy and the tarantella are the same dance.  The dance used the drum, fiddle, pipes, castanets, bagpipes and flute as accompaniment occasionally the tambourine.  The dancing was ‘frenzied’.  The term "tarantella" originally referred to a dance ritual that existed in Greece around the year 2000 BC and was connected to the gods Dionysus and Apollo. 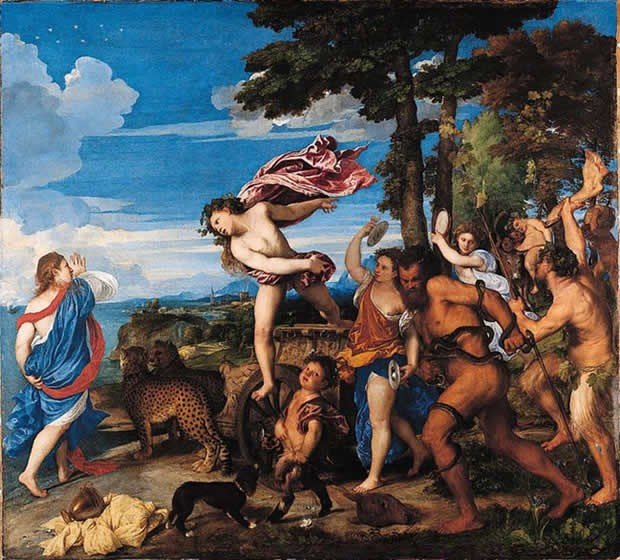