Blake, William - All deities reside in the human breast 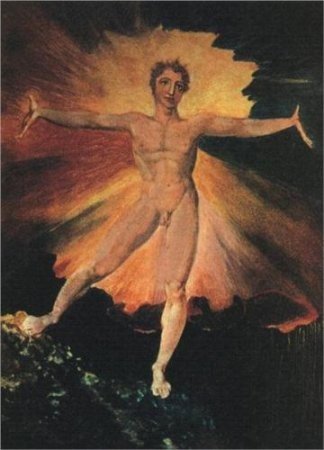 William Blake –from The Complete Poems

The ancient poets animated all sensible objects with gods .. calling them by the names and adorning them with the properties of woods, rivers and mountains, lakes and cities, nations and whatever their enlarged and numerous senses could perceive.

And particularly they studied the genius of each city and country, placing it under its mental deity.

Till a system was formed, which some took advantage of and enslaved the vulgar by attempting to realise or abstract the mental deities from their objects;  thus began Priesthood.

Thus men forgot that All deities reside in the human breast.