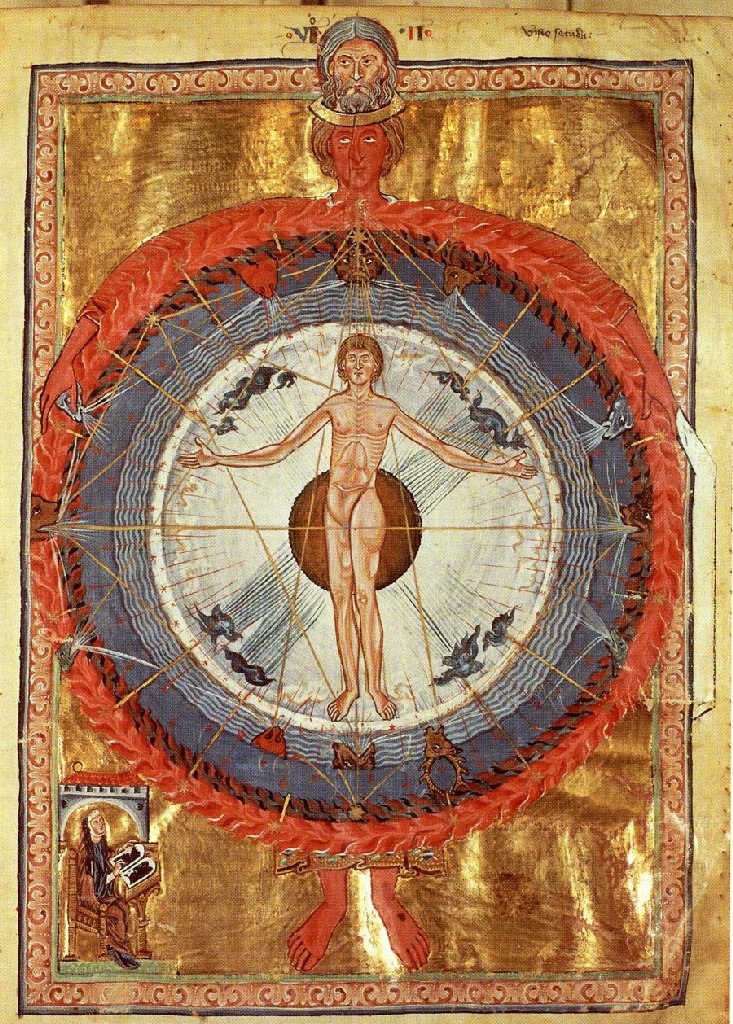 When a software system is being created, the software designers build a model of the system they want to build and then implement.  There is a creator of the software, a plan for how the work is to be tackled, but there is also this model.

In the same way an engineer will build a model on paper or computer of what his machine, building or bridge, for example, is going to look like.  He will then produce a plan of the steps needed to actually build it.

In mystic thought this model, when applied to the creation of the universe,  is called The Universal Man– in contrast to the plan of how it is going to be produced which is called the Great Work.  Another word used is Purusha.  The idea of a ‘man’ is perhaps very confusing and came about through translation – men trying to find an English term to equate to the word Purusha.

PURUSHA, or Universal Man, … the model, is the first of the Tattva(s). It is a sort of complex equation, a set of formulae, intentions, and archetypes out of which the universe will be formed, Purusha will only achieve its fullness when, materialized in energetic substance, it has filled the void of space and the universe reaches its limits. It is pre-existent, abstract, but "it is present in all aspects of the non-perceptible {avyakta) or perceptible (vyakta) universe" (Vishnu Purana 1.2.14).