Belly breathing also known as diaphragm breathing is a method of controlled breathing.  It is the act of breathing done by expanding one's stomach and thereby allowing the diaphragm to move down creating more room for the lungs to expand. While at first the process may seem odd and somewhat inefficient, belly breathing actually fills up the majority of the lungs with oxygen – much more than chest-breathing or shallow breathing. 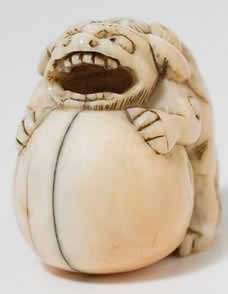 Practice until the entire process becomes smooth and the entire body remains relaxed.

This also helps make the tummy muscles much stronger so that you can do the diaphragm lock.

This may also help anyone who wishes to become pregnant prepare for the pregnancy, it has also been used to train golfers.