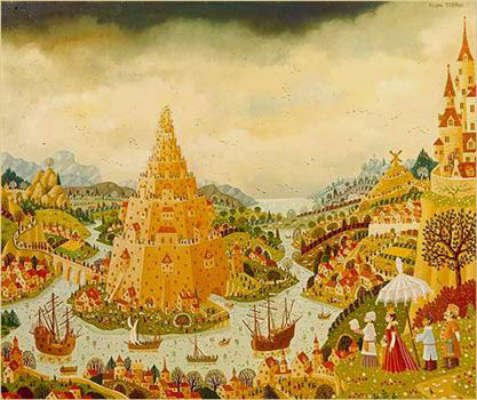 A symbolic representation of the Egg and its levels – see Egg and levels as well as the Cone.

A ziggurat may simply be a small soul cone – see hill, or it may be representing a mountain.  Very very large ziggurats have the same symbolic meaning as mountains.

Where they are symbolising mountains the number of levels is normally seven [the Planets] or seven plus four [earth, water, air, fire].  The pictures I have chosen are helpful, but the colour coding is not right.  Each level would have been painted

The top level, out of bounds to practically all - Aether would have been dazzingly white. 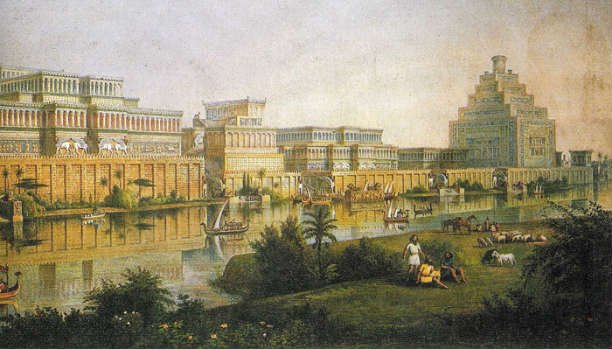 The ancient city of Lagash, Mesopotamia.

Any reconstructions in paintings which show people swarming up the stairs, are wholly incorrect as the stairs were symbolic and only Initiates would have been allowed up along with the hierophants and High priestesses.  This was a building used for the Mysteries, it was not a generalised church.  Most ziggurats and pyramids had a central 'cave' an underground chamber used for initiation.