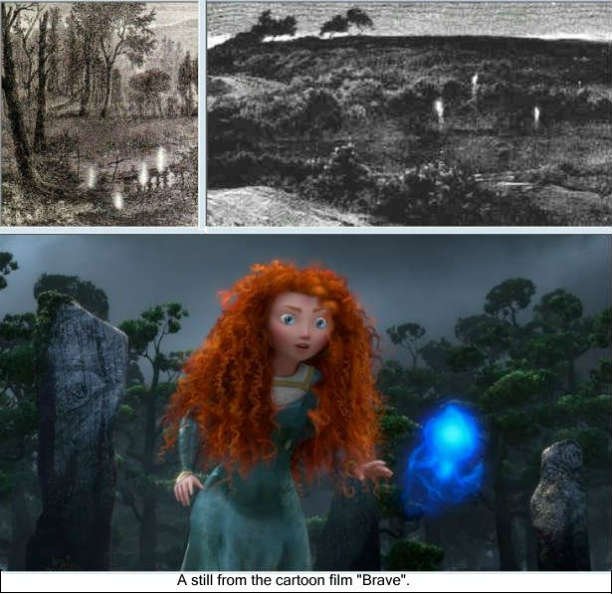 Will-o’ the wisps can exist physically.  They are caused by the marsh gas methane spontaneously igniting, but the will-o’ the wisp also has a symbolic meaning.

The will-o'-the-wisp, or ignis fatuus from the Latin ignis ("fire") + fatuus ("foolish"), is a  disembodied soul that has ‘lost its way’ – a lost soul.  It takes on some of the symbolism of the marsh and the flame.

Whether physically seen or symbolically referred to or ‘seen’, the lights may also be referred to as "corpse candles" a name  found in the Denham Tracts. They are often called spooklights or ghost lights by those interested in folklore.

Disembodied souls, being lost souls, are not good guides, as such symbolically they ‘lead you astray’.  You can follow them and end up ‘in the mire’.

The will-o’ the wisp is often found in folk tales.  For example, one such tale provided in  K. M. Briggs’s book A Dictionary of Fairies, refers to Will the Smith. Will is a wicked blacksmith who leads such a bad life that he ends up being doomed to wander the Earth. The Devil provides him with a single burning coal with which to warm himself, which he then uses to lure foolish travellers into the marshes.  As you can see the story is consistent with the idea of the lost soul – though very few lost souls are actually ‘wicked’, generally speaking they are just ‘lost’ and actually need help to find their way home.

Many writers knew the symbolism of the will o the wisp.  Two Will-o-the-wisps appear in Johann Wolfgang von Goethe's fairy tale of The Green Snake and the Beautiful Lily (1795)  while another one puts in an appearance in the Walpurgisnacht scene of his Faust, Part 1. The Will o' the wisp also makes an appearance in the first chapter of Bram Stoker's Dracula, wherein the Count, masquerading as his own coach driver, takes Jonathan Harker to his castle in the night. "Ignis Fatuus" can also be seen in Charlotte Brontë's Jane Eyre in chapter 22, and 28 when she is lost in the moor.  Will o' the wisps are present as "candles lit by the dead" in the Dead Marshes outside of Mordor.