A symbol used in Freemasonry and equivalent to the diamond.  It was used along with the set square and apron as part of the ceremonial insignia.  The compasses shown on the trowel were a symbolic equivalent to the twin horns.  Although the symbol G now is simply used to mea God, the original letter if we follow this back to its roots was actually J.  Most Masonic Lodges appear to have long since abandoned these practices. 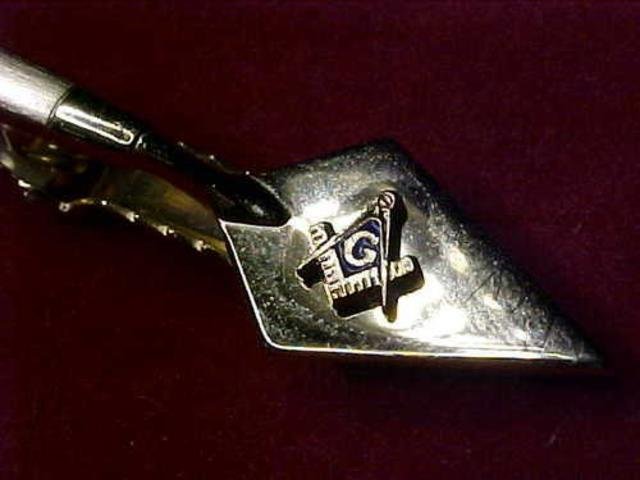